A new study from the Smidt Heart Institute at Cedars-Sinai shows that women have a lower “normal” blood pressure range compared to men. The findings were published today in the peer-reviewed journal Circulation.

Currently, established blood pressure guidelines state that women and men have the same normal healthy range of blood pressure. But the new research shows there are differences in normal blood pressure between the sexes.

“Our latest findings suggest that this one-size-fits-all approach to considering blood pressure may be detrimental to a woman’s health,” said Susan Cheng, MD, MPH, MMSc, associate professor of Cardiology and director of the Institute for Research on Healthy Aging in the Department of Cardiology at the Smidt Heart Institute and senior author of the study. “Based on our research results, we recommend that the medical community reassess blood pressure guidelines that do not account for sex differences.”

For years, 120 mmHg has been considered the normal upper limit for systolic blood pressure in adults. Persistent elevations above this limit amount to hypertension-which is well known as the key risk factor for common cardiovascular diseases, such as heart attack, heart failure, and stroke.

In their newest study, Cheng and her research team examined blood pressure measurements conducted across four community-based cohort studies, comprising more than 27,000 participants, 54% of whom were women.

Investigators also found that women had a lower blood pressure threshold than men for risk of each specific cardiovascular disease type, including heart attack, heart failure, and stroke.

“We are now pushed to rethink what we thought was a normal blood pressure that might keep a woman or a man safe from developing heart disease or stroke,” added Cheng, who also serves as director of Cardiovascular Population Sciences at the Barbra Streisand Women’s Heart Center and is the Erika J. Glazer Chair in Women’s Cardiovascular Health and Population Science.

These findings build on past research led by Cheng suggesting women’s blood vessels age faster than men’s. Cheng’s research, published last year, confirmed that women have different biology and physiology than men and also explained why women may be more susceptible of developing certain types of cardiovascular disease and at different points in life.

With both the 2020 study and in their latest work, Cheng and her team compared women to women and men to men, rather than the common model of comparing women to men.

“If the ideal physiologic range of blood pressure truly is lower for females than males, current approaches to using sex-agnostic targets for lowering elevated blood pressure need to be reassessed,” said Christine Albert, MD, MPH, chair of the Department of Cardiology at the Smidt Heart Institute. “This important work is far-reaching and has numerous clinical implications.”

As a next step, researchers plan to study whether women should be treated for hypertension when their systolic blood pressure is higher than 110, but still lower than the systolic measurement of 120 for men. 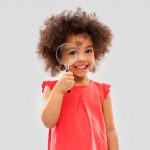 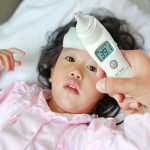