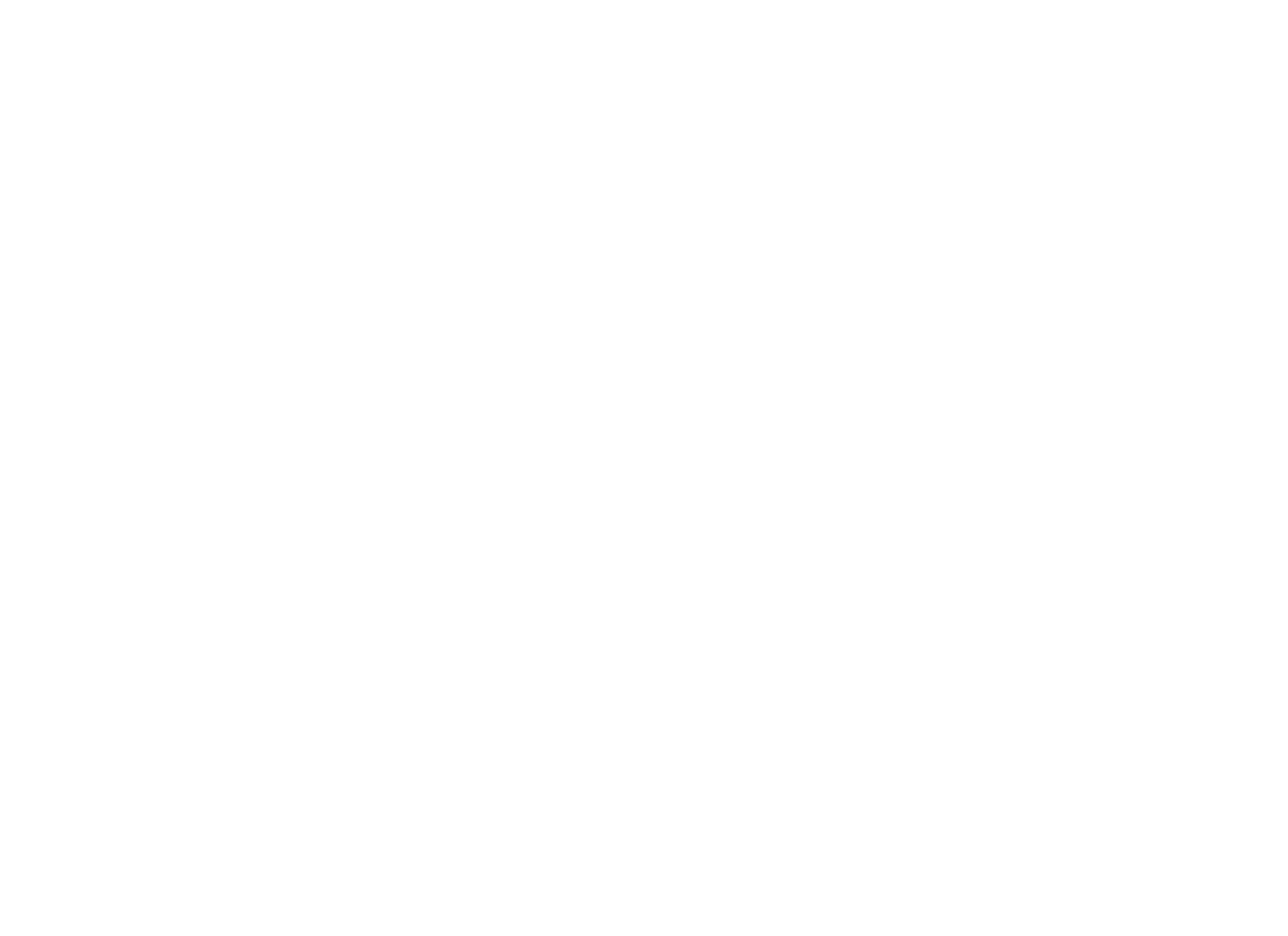 The Orthomolecular Treatment of Schizophrenia

Most schizophrenic patients have disturbances in thought, perception and functioning. In fact, schizophrenia is best described as a combination of perceptual changes (e.g., auditory and/or visual hallucinations) and thought disorder (e.g., delusions) (Hoffer, 1998). It affects 1%-2% of the population worldwide. The majority of patients (around 90%) remain unwell and debilitated, despite receiving the most advanced medications and social services currently available (Hoffer, 2004a). The standard treatment approach involves the use of medications known as atypical antipsychotic drugs. Although these drugs (e.g., olanzapine, risperidone and quetiapine) are helpful in diminishing the symptoms of schizophrenia by 15%-20% (Horrobin, 2001), they have been associated with brain damage, cardiac arrhythmias, diabetes mellitus, sedation, sexual dysfunction and weight gain (Prousky and Hayman, 2006). Hoffer (2004b) has reported on these atypical antipsychotic drugs in great detail, and believes that they simply induce a medicated psychosis, referred to as a “tranquilizer psychosis.” I concur with Hoffer’s analysis of these new antipsychotic medications, for I cannot recall a single schizophrenic patient who did not display some evidence of this tranquilized state during my initial consultation. Some features of this tranquilized state include apathy, diminished libido, difficulty reading, disorganized thoughts, fatigue and lack of concentration. Even though medications for schizophrenia impair regular functioning, they can be lifesaving during acute crises, and patients need and depend on them.

Very few psychiatrists would consider more than 10% of his or her current schizophrenic pool of medicated patients to be recovered. Full recovery is achieved when a patient is free of all signs and symptoms, is getting along well with family and friends, is getting along well in the community, and is working and paying taxes (Hoffer, 1994). Schizophrenic patients require orthomolecular support to reduce their medication need, reduce side effects and increase their chances at fully recovering. An orthomolecular substance refers to compounds found naturally in the human body, which includes amino acids, essential fatty acids, minerals and vitamins. The first orthomolecular substances used for the treatment of schizophrenia were vitamins B3 (niacin or niacinamide) and C (ascorbic acid).

In the early 1950s to the early 1960s, Hoffer and his colleagues conducted six placebo-controlled clinical trials using these vitamins for the treatment of acute schizophrenic patients (Hoffer, 1998, 2005). Overall, vitamin B3 dramatically reduced the number of suicides, doubled the recovery rate and imposed much less of a burden on the health care system: Patients taking the vitamin were admitted to a hospital less frequently, spent fewer days in the hospital, and were less likely to be sent to a mental hospital for more specialized care. For treatment of chronic schizophrenic patients, which denotes patients who have had the disease for 5 or more years, the use of vitamin B3 has also been shown to produce substantial benefits. If chronic patients take vitamin B3 for a minimum of 5 years, and sometimes for 10 or more years, they will have a much better chance at recovering, and will spend much less time in hospitals (Hoffer, 1994, 1998).

The starting doses of vitamin B3 should be 1,000mg three times daily. Niacin (nicotinic acid) is the ideal form. It will produce cutaneous reactions within a very short period of time (i.e., about 15 minutes) and usually abate within 90-120 minutes. These cutaneous reactions include flushing, pruritus, redness and burning that begin around the forehead and extend to the upper torso and sometimes down to the feet. These reactions are normal, and are expected when initiating niacin treatment. They are due to a release of prostaglandin D2 (PGD2) from the dermal macrophages of the skin (Morrow et al., 1989). Patients need to be informed that these cutaneous reactions are normal and not dangerous, and are not considered as signs of an allergic reaction. Once niacin is taken at the 3,000mg daily dose, the flushing should stop within 2 to 3 days. Niacin is its own anti-flushing agent. When enough is administered, PGD2 stores within the skin are depleted, and the flushing and other cutaneous reactions will cease. The cutaneous reactions will resume if the daily dose is lowered from 3,000mg, or if it is not taken at least three times daily. In my clinical experience, the optimal dose of niacin is somewhere between 4,500-18,000mg daily for the majority of schizophrenic patients. Niacin can slightly raise transaminases, but the increase reflects more of an inducement rather than damage, especially when the increases are not greater than 2-3 times the upper limit of normal. In 8 years of managing schizophrenic patients on very high therapeutic doses of niacin, I have not had a single case where the vitamin had to be discontinued due to transaminitis or hepatotoxicity. Sustained-, timed- or slow-release formulations should be avoided, however, since they have been associated with hepatotoxicity (Mullen et al., 1989; Paterson, 2001), and are best reserved for the management of hyperlipidemias.

Niacinamide can be used instead of niacin if the cutaneous reactions pose too much of a worry. Niacinamide does not seem to have the same effectiveness as niacin for the treatment of schizophrenia. A good starting dose of niacinamide is 1,000mg three times daily. The dose can be increased to 6,000mg, but this is the upper limit, since nausea and vomiting will probably occur when this dose is exceeded (Hoffer, 1995). I have never found the “flush-free” form, also known as inositol hexaniacinate (hexanicotinate), to be effective. I believe it might be due to quality control issues with this type of preparation, or due to the inositol component of it.

Vitamin C should be prescribed at 1,000mg three times daily, and increased until the sub-laxative dose has been reached (i.e., the dose just below the one that produces diarrhea). It functions as an antioxidant and prevents adrenalin from undergoing two oxidation reactions to become adrenochrome (Smythies, 1996; Hoffer, 1999). Vitamin C also helps schizophrenic patients cope more effectively, since it moderates stress (Hoffer, 1977). A few clinical studies have shown both acute and chronic schizophrenic patients to require high-gram doses of this vitamin in order to saturate tissue stores (Pauling et al., 1973; Suboticanec et al., 1990).

Many schizophrenic patients test positive for a urine constituent known as kryptopyrrole, which causes a clinical syndrome that would practically be indistinguishable from schizophrenia. It is associated with many different types of physiological and/or psychological stress (Jackson et al., 2000). Kryptopyrrole binds to pyridoxine and zinc, and creates a double-dependency of these nutrients (Pfeiffer and LaMola, 1999). Although I could test for this compound, I choose not to, since these nutrients are inexpensive and have minimal side effects. The daily dosages I routinely start with are 250mg of pyridoxine and 50mg of zinc.

A few published reports indicate a potential need for selenium among schizophrenic patients (Brown and Foster, 1996; Foster, 2002). In Brown and Foster’s report, they discussed evidence linking a selenium deficiency to the cause of schizophrenia. They also reviewed additional evidence of a negative correlation between low levels of the selenium-dependent enzyme, glutathione peroxidase, and brain damage (i.e., brain atrophy and increased ventricle-brain ratios) in schizophrenic patients. These results were not found among a group of controls. The usual adult dose of selenium is 200-400mcg daily.

Eicosapentaenoic acid (EPA), an omega-3 fatty acid from fish, has been shown to help with both the positive (e.g., hallucinations and delusions) and negative symptoms (e.g., flat affect, depression and isolation) of schizophrenia (Emsley et al., 2003). When used adjunctively with standard treatment, EPA improved symptoms and quality of life. Since EPA is believed to be responsible for the favorable effects upon schizophrenia, the therapeutic adult daily dose of fish oil needs to provide 2g or 2,000mg of EPA.

In conclusion, the majority of acute and chronic schizophrenic patients receiving only standard medical treatments will not recover or live a reasonable and productive quality of life. The orthomolecular approach has the most evidence in regard to its history of use and efficacy, and should be combined with the standard approach to ensure the best possible outcome for these unfortunate patients. 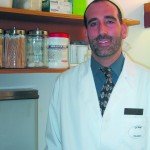 Jonathan Prousky, ND, FRSH is the chief naturopathic medical officer at the Robert Schad Naturopathic Clinic, the teaching clinic of CCNM. In addition, Prousky lectures on clinical nutrition and runs a private practice specializing in mental health. He is the editor-in-chief of the International Journal of Naturopathic Medicine and has been published in numerous lay publications and medical journals. His book, “Anxiety: Orthomolecular Diagnosis and Treatment,” was published by CCNM Press in 2006. 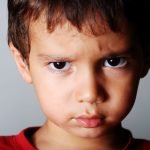 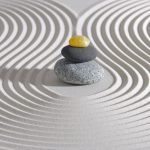