Type 2 diabetes mellitus (T2D) is a clinical syndrome characterized by hyperglycemia due to absolute or relative deficiency of insulin, and affecting the metabolism of carbohydrate, protein and fat.1 The prevalence of T2D worldwide has increased over the past decade from 2.4% to 4.8%,2 and the total number of patients suffering from T2D is predicted to increase from 171 million in 2000, to 366 million in 2030.2 The disease can cause both micro- and macrovascular complications, eg, retinopathy, cataracts, nephropathy, peripheral neuropathy, autonomic neuropathy, foot disease, coronary arterial disease, myocardial infarction, transient ischemic attack, stroke, and claudication, and affects overall quality of life.3-7 There is no absolute cure for T2D, and the treatments provided by various systems have side effects.8 Management of the condition per standard-of-care allopathy involves initial prescribing of oral hypoglycemic drugs, with progression to injectable therapies, including GLP-1-targeted drugs and insulin.9 Often the available treatments in allopathic medicine are costly, have limited effects and/or short durability,10 and often cause side effects.11 Hence, there is a need for continued innovation in the treatment of the condition. Naturopathy and yoga treatments may contribute benefit in controlling the condition, as well as reduce side effects and need for medications, by providing specific dietary practices, herbal medicine support, physical activity, and stress reduction – all of which potentially contribute to improved insulin sensitivity and glucose control.

A 30-year-old male patient from the southern part of India presented to the Nature Cure and Yoga hospital with a recent diagnosis of T2D. His laboratory reports showed elevated fasting blood glucose (FBG) and post-prandial blood glucose (PPBG) (see Table 1), and he had experienced symptoms of nocturia, fatigue, polyphagia, and polydipsia for 1 month. His family medical history was significant, with both parents having T2D. On general physical examination, the patient was alert and oriented, cooperative, and generally height- and weight-proportionate (BMI = 23.2). His blood pressure (124/82 mm Hg), pulse rate (70 bpm), respiratory rate (16 cycles/min) and temperature (32 °C, or 90 °F) were all within the normal range. He had not been started on any medication.

He began in-patient treatment using a combined naturopathy and yoga protocol for T2D, which was followed for 21 days. He was started on a diabetes-specific, low-calorie, vegan diet, along with herbal hypoglycemic supplements, ie, fenugreek and bitter melon (see Tables 2a and 2b). He was also given treatments specific for T2D, eg, the gastro-hepatic pack, cold hip bath, mud to abdomen, cold abdominal pack, and partial massage to abdomen (see Table 3). Finally, he was taught and practiced a yoga series for T2D (see Table 4) along with 1 hour of walking daily.

FBG and PPBG were repeated on Days 8 and 18, after starting the treatment. The readings showed a considerable decrease following treatment (Table 1). Prior to discharge, the patient was provided education on lifestyle modifications, practices of yoga and naturopathy to be practiced at home, and dietary regulations.

The case was followed up after a period of 1 month, during which time he had followed the instructions given at discharge. His blood reports showed further improvement (Table 1).

Table 1. Laboratory Data Before and During Treatment

Yoga has demonstrated benefit as an adjuvant therapy for T2D in some clinical trials.12 It is thought to act through improved glycemic control secondary to improved insulin kinetics and improvement of body composition.13 Naturopathic treatment modalities are also found to be beneficial as a complementary therapy to oral hypoglycemic drugs.14 Treatments like gastro-hepatic pack (GHP) and cold hip bath (CHB) have been found to be beneficial in T2D.14 GHP helps to reduce FBS by increasing peripheral circulation and tissue oxygenation, and increasing metabolic rate.14 CHB also helps to increase the metabolic rate by thermogenic means.15 Application of a mud pack to the abdomen enhances peripheral circulation, increases metabolic rate, and hence helps reduce blood glucose levels.14 Of course, exercise and physical activity also help to improve insulin sensitivity, thereby lowering blood glucose; therefore, the combination of walking plus yoga may have led to improvements in body composition, including increased lean muscle mass.16 A low-fat, vegan diet has been found to improve hyperglycemic conditions.17,18 When consumed raw, trigonelline (present in fenugreek seeds) has hypoglycemic properties due to its high-fiber content and intestinal glucosidase inhibition.19 Charantin, present in bitter gourd, has insulin-mimetic properties and also reduces plasma glucose.20,21

Type 2 diabetes is a chronic metabolic lifestyle disorder. There are several treatment modalities to control blood sugar levels, many of which have side effects. In this case study, intensive naturopathy and yoga, given as a first-line treatment for T2D before commencement of any other treatments, demonstrated significant clinical benefits for glucose control, and without apparent side effects. While promising, the results demonstrated here were limited by the short duration of clinical follow-up. Longer-term monitoring would allow for measurement of hemoglobin A1c, which may provide a better indicator of treatment effectiveness. Similarly, the long-term benefits of this treatment program would depend on patient adherence to elements of the program after discharge. Future research is needed to help measure the contribution of each element of the program, and to optimize the treatments used.

Table 2a. Summary of Dietary Program

Table 2b. Details of Boiled and Raw Diets

R. Lakshmeesha, BNYS, MD, received his undergraduate degree (BNYS ) from Rajiv Gandhi University of Health Sciences in 2008, and his Doctor of Medicine (MD) in clinical naturopathy from the same institution in November 2013. From March 2008 to August 2010, Dr Lakshmeesha worked at Rajiv Gandhi University as a lecturer and medical officer. Dr Lakshmeesha is presently working as an assistant professor and head of the research department at Sri Dharmasthala Manjunatheswara (SDM) College of Naturopathy and Yogic Sciences in Ujire, India. He has conducted several health awareness and yoga camps in local areas, in addition to conducting several observational studies on patients.

Ryan Bradley, ND, MPH, received his Doctor of Naturopathy from Bastyr University in 2003, and his Master of Public Health in epidemiology from the U of WA School of Public Health in 2009. In addition to being in private integrative diabetes and cardiology practice at Guarneri Integrative Health in La Jolla, CA, he is an associate research scientist in the Bastyr University Research Institute in Kenmore, WA, and an affiliate associate professor in the Department of Pharmaceutics at the University of Washington in Seattle, WA. Prior to joining Guarneri Integrative Health in 2014, he served as the founding director of the Center for Diabetes & Cardiovascular Wellness at Bastyr University from 2007-2013, and was on the clinical research faculty in the School of Naturopathic Medicine at Bastyr University from 2009-2013. In addition to practice, Dr Bradley has conducted observational research in the areas of cardiovascular disease and type 2 diabetes.

K. Roshni Raj Lakshmi is pursuing her undergraduate degree (BNYS) from Rajiv Gandhi University of Health Sciences (2009-2014). In 2009 she received her Master of Science in yoga from Swami Vivekanda Yoga Anusandhana Samsthana (SVYASA), in Bangalore, India. She has worked at SVYASA as a yoga therapist for 6 months, and as a coordinator for the yoga instructors’ course for 3 months, and as a coordinator for Yoga Camps for Children for 1 month. Presently, she is doing her internship at Sri Dharmasthala Manjunatheswara (SDM) College of Naturopathy and Yogic Sciences in Ujire, India. 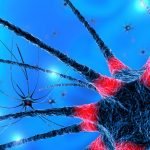 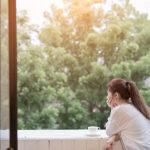 Folate and Cobalamin in DepressionNeurology