Folate and Cobalamin in Depression

The B vitamins play a large role in everyday human function, including mental health. B vitamins are often used as supplemental therapy in several psychiatric conditions, including depression. This article will focus on the role of folate (vitamin B9) and cobalamin (vitamin B12) in depression, as well as review available literature regarding their use in depression.

Folate is a water-soluble B vitamin that is found in and added to foods commonly available in western diets. Folate consumed in the diet is absorbed through the intestines. Once absorbed, the vitamin is metabolized via numerous reactions in the liver, leading to several forms of folate that serve critical functional roles throughout the body. In order for the brain and body to function properly, adequate levels of folate are necessary. Folate deficiency can result from several different complications; however, the most common reason for folate deficiency is inadequate dietary intake of B vitamins. Other causes include pharmaceuticals (eg, methotrexate, oral contraceptives, anticonvulsants), alcohol, absorption disorders, pregnancy, and stress.1 When the body does not have adequate folate, many different conditions may occur, including macrocytic (megaloblastic) anemia, neural tube defects in newborn children, and an excess of the potentially neurotoxic amino acid, homocysteine. A deficiency state can also lead to cognitive deficits and depression.1

Cobalamin is a water-soluble vitamin that is synthesized exclusively by microorganisms and is derived from foods of animal origin. Because cobalamin cannot be derived via plant sources, strict vegetarians (vegans) are at risk for developing cobalamin deficiency. Absorption of cobalamin requires 2 binding proteins and is dependent on gastric acid and pancreatic proteases. Cobalamin is essential for cellular growth and replication, and plays a key role in the normal functioning of the brain and central nervous system (CNS).2 Cobalamin deficiency has several possible causes, including inadequate dietary intake, malabsorption, intestinal disorders, and complications with cobalamin binding and absorption. Conditions that can manifest from inadequate cobalamin intake include damage to the brain and nervous system, psychosis, depression, and decreased red blood cell (RBC) count.2

Folate and cobalamin are essential components in metabolic pathways that are vital for cell function and survival. In particular, folate and cobalamin play key roles in the folate and methionine cycles, which are collectively known as the 1-carbon cycle. This is a series of reactions that integrates carbon units from different amino acids and contributes to important biological processes.2 In cells, folate is converted to tetrahydrofolate (THF), which plays a role in various metabolic reactions involving the movement of carbon atoms. The folate cycle is coupled with the methionine cycle through the formation of the intermediate, methyl-THF (MTHF). MTHF is used as a carbon donor in the methylation of homocysteine, leading to the formation of methionine.

Serving as a cofactor in the reaction, cobalamin helps to generate S-adenosylmethionine (SAM) from methionine. SAM acts as a methyl donor in a large number of reactions.1 Many tissues in the body, including the CNS, rely on methyl groups provided by SAM. Once SAM is demethylated, S-adenosylhomocysteine (SAH) is formed. SAH is then hydrolyzed to homocysteine, which can then be recycled to methionine or metabolized via the transsulfuration pathway. Because folate and cobalamin are essential components in the 1-carbon cycle, a deficiency of either vitamin can potentially impair this process, resulting in the accumulation of homocysteine and trapping of folate as MTHF.

The level of serum and/or RBC folate is an important determinant of plasma homocysteine levels, as low serum folate correlates with high plasma homocysteine.3 Multiple studies have found increased total plasma homocysteine levels in patients with depression.4,5 There have also been many reports linking low serum concentrations of the vitamins cobalamin and/or folate with depression.6-9 As previously mentioned, folate and cobalamin are necessary for the methylation of homocysteine into methionine, which, in turn, is synthesized into SAM.1 Thus, a deficiency in folate can potentially lead to elevated levels of homocysteine and reduced levels of SAM. With SAM acting as a methyl donor for many reactions, reduced folate and/or SAM may result in deficiencies of the neurotransmitters serotonin, dopamine, and norepinephrine.10,11 These neurotransmitters are essential for CNS function. Because of this central role, it is biologically plausible that supplementation with folate and cobalamin could potentially alleviate symptoms of depression.7

Review of the Literature

Fairly recent systematic reviews of observational studies have found that cobalamin and folate deficiencies are associated with an increased risk of depression.12,13,14 Despite these findings, explanations for this association could potentially be attributed to bias, confounding variables in the study, or reverse causality, such that folate/cobalamin deficiency could be a marker or risk factor for depression. In order to properly attribute causality between low folate/cobalamin and depression, the evaluation of sufficiently powered randomized controlled trials (RCTs), assessing whether changes in vitamin supplementation cause a change in the severity of depressive symptoms, is necessary.

In 2003, Taylor et al completed a systemic review of placebo-controlled RCTs evaluating the treatment of depressive disorders with folate +/- antidepressants.15 Three trials involving 247 people were identified16,17,18 however, only 2 studies were placebo-controlled and included in the meta-analysis (n=151).16,17 The 2 studies, involving 151 individuals, assessed the supplementation of antidepressant therapy with folate, and found that the addition of folate reduced Hamilton Depression Rating Scale scores by an additional 2.65 points (95% CI = 0.38 to 4.93) compared to placebo. This result is statistically significant, despite the wide confidence interval. The other study involved 96 participants and compared the efficacy of folate to the antidepressant, trazodone.18 No significant difference between treatment with folate or trazodone was found (95% CI = -3.21 to 1.21). This limited evidence suggests that folate might have a potential role as a supplement to other antidepressant therapies.

Conclusions from the most current systematic review and meta-analysis of RCTs involving folate and/or cobalamin were similar.19 Out of 269 manuscripts identified, 11 trials fulfilled the criteria for review. The analysis of available literature found that the number of available placebo-controlled RCTs of folate and/or cobalamin use in the treatment/prevention of depression is small and that substantial heterogeneity exists between the studies. Adults with major depression being treated with antidepressants did not show an improvement in depressive symptoms with short-term (days to a few weeks) supplementation of vitamins (5 studies, standardized mean difference = -0.12, 95% CI = -0.45 to 0.22).17,20-22 However, more prolonged use of vitamin supplementation (several weeks to years) may decrease the risk of relapse (1 study, OR = 0.33, 95% CI = 0.12 to 0.94)15 as well as the onset of clinically significant symptoms in at-risk individuals (2 studies, RR = 0.65, 95% CI = 0.43 to 0.98).23,24 Therefore, the results of the current meta-analysis do not conclusively confirm or deny that these vitamins reduce depressive symptoms. The limited number of studies and relatively low sample sizes limit the ability of meta-analyses to detect the possible benefits of using these vitamins in the treatment of depression.15

Of particular note, 3 of the studies that reported beneficial effects from the use of cobalamin and folate in depression also included vitamin B6 in the treatment regimen.19,23,24 In homocysteine metabolism, vitamin B6 acts as a coenzyme in the transsulfuration pathway and is vital in facilitating the excretion of homocysteine.1 Therefore, it is plausible that lowering plasma homocysteine levels by increasing its excretion (vitamin B6) and promoting its conversion to methionine (folate and cobalamin) may be supportive in the treatment of depression.3,19

Despite the lack of conclusive evidence, cobalamin and folate are clinically used, often as adjunctive supplement therapy with antidepressants, to treat depression. Due to the possible increased risk of depression and poor treatment outcomes from low folate levels, patients with depression may benefit from folate supplementation.3 For improving the response to medications for depression, it is generally recommended, based on current data, that adults take 200-800 µg of folate daily.3,15,17,25 Clinically, many practitioners use much higher doses; specifically, starting folate at 800 µg and gradually increasing to 1600 µg daily. It should also be noted that there are different forms of folate available and that some forms are more efficacious than others. Folic acid is the fully oxidized monoglutamate form of the vitamin, and is the form primarily used in dietary supplements.26 For the general population, folic acid is easily converted by the enzyme methylenetetrahydrofolate reductase (MTHFR) to its active form, 5-MTHF. However, individuals with certain MTHFR polymorphisms have difficulty converting folic acid to 5-MTHF.27 Due to this potential polymorphism, the active form of folate, 5-MTHF, is used clinically in many practices for folate supplementation. It is common practice to start folate supplementation with 500 µg 5-MTHF daily, and increase to 1000 µg daily in patients with depression.

For ease-of-use, many practitioners may prescribe specific B-complex formulations containing these supplements and dosages, as discussed above, in patients with depression.

Studies have shown that the benefits associated with the use of B vitamins for supplementation require long-term use and are most evident in those who are deficient.20,23,29 However, it should be stressed that these recommendations are provisional and that further study is needed.

Jason Wysocki, ND, MS, is a 2015 graduate of the NCNM. During his tenure there, he was selected for a 1-year internship at the SIBO Center for Digestive Health, and was also the only naturopathic student to complete a 1-year integrated internship at Pacific University’s Psychology and Comprehensive Health Clinic. Jason graduated from Cairn University in 2005 with an MS in Counseling/BS in Theology. Jason’s particular interests include mind-body medicine/mental health, gastroenterology, physical medicine, and men’s health.

Brendan Stamper, PhD, is an assistant professor at Pacific University Oregon School of Pharmacy. His teaching responsibilities include nutrition, natural products, and the biochemical basis for vitamin action. His lab focuses on how changes in gene expression contribute to the molecular mechanisms associated with toxic insult and pathologic states.

Jessica Nagelkirk, ND, is a is a graduate of National College of Natural Medicine (NCNM) in Portland, Oregon, where she also completed her residency training. She practices primary care family medicine, and is a full-time faculty member at NCNM in addition to having a private practice with an emphasis on mental health, cardiopulmonary medicine, and women’s health.

Benjamin Chavez, PharmD, is an associate professor at Pacific University Oregon School of Pharmacy. He graduated from the University of Florida in 2004. He is board-certified in both psychiatric pharmacy and ambulatory care pharmacy, and has practiced in a variety of settings. His current focus is in outpatient behavioral health, working collaboratively with other professions to provide the best treatment possible to patients. 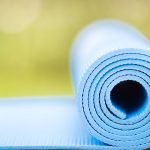 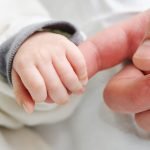 The Healing Power of Love: The Hormone, OxytocinAnxiety/Depression/Mental Health, Neurology