The Healing Power of Love: The Hormone, Oxytocin

Recent explorations of the posterior pituitary hormone, oxytocin (OT), have revealed much more about this hormone that is associated primarily with childbirth and breastfeeding. OT is socially, neurologically, immunologically, and cardiovascularly active, integral to metabolism and body structure maintenance, and is interwoven with the hypothalamic-pituitary-adrenal (HPA) axis and sex hormones.

OT and vasopressin are peptide hormones secreted by the hypothalamus through the neurohypophysis, but they are also neuromodulators of brain activity. Neuromodulation differs from conventional neurotransmission in that it does not simply excite or inhibit; neuromodulators may be secreted by dendrites to alter the synapse and attenuate neurotransmission.1 Neuromodulation by OT is directed towards maintaining the social group by increasing empathy, trust,2 in-group preference, and memory of socially relevant cues; it enhances affiliative prosocial behaviors, supports ovulation, parturition, lactation, sexual behavior, social interactions, and suppression of food intake.3 OT affects social performance by attenuating stress, and it regulates cooperation and conflict within intergroup relations.4

Oxytocin’s role in promoting healthy children involves more than just pushing them out and feeding them; construction of the consciousness of a human is a dance between nature and nurture in which OT plays a pivotal role, and one not entirely due to breastfeeding, as infant salivary OT levels also increase with positive paternal attention.5 Positive social interaction with caregivers is the basis of “secure attachment” and is an integral part of the social human psyche. OT supports sensitive caregiving3; levels of OT rise when a mother holds her child, and later when bonded people see, hear, or even think of each other.6 Securely attached parents have higher baseline OT and a more pronounced OT response to interactions with their children. According to Legros,

The effects of nurturing a child early in life can be long-lasting, and help to maintain and develop social behavior and bonding in adulthood.7 Alternately, early life stressors change a person’s stress reactivity by decreasing the connection between the amygdala (generally the fearful, emotional brain) and the prefrontal cortex (where we explain to our amygdala why we shouldn’t completely freak out). Normally, OT mediates between the amygdala and prefrontal cortex and attenuates the responses to psychosocial stress; early life stress, however, dysregulates this connection.8 Most concernedly, early life trauma – especially emotional abuse – blunts the ability of oxytocin to mitigate the effects of social stress, which results in higher levels of anxiety throughout life.8

A derangement of the OT system can lead to physical and psychological ailments, including higher levels of anxiety, depression, and stress,9 in addition to an increased risk of pain and inflammation.10 Low levels of OT have been demonstrated in individuals with borderline personality disorder, certain types of depression, schizophrenia, fibromyalgia, and recurrent abdominal pain in children.6 In addition, previous experience of traumatic events is associated with an increased incidence of low OT levels or stress-related reduction of OT levels.6

Infants who were closely monitored and responded to by a caregiver show increased OT in their saliva compared to infants who were not.11 Early life is a vital period for healthy development in humans, with OT being an important regulator of emotional development. Our first relationships determine how our brains our hardwired to respond in social and stressful situations,11 and “it is important to acknowledge that the oxytocin system has numerous bilateral interactions (e.g., dopamine and HPA-axis) that are likely to affect behavior. Changes to the oxytocin system will also influence these systems and vice versa.”11 Evidence from human studies indicate that an imbalance within the brain OT system plays a role in the etiology of anxiety disorders, especially those with a social component.12

How to Increase Oxytocin

Express gratitude: “Gratitude and its expression provides behavioral and psychological ‘glue’ to bind individuals closer together… findings suggests that the oxytocin system is associated with solidifying the glue that binds adults into meaningful and important relationships.”30

Get a massage: OT is released by massage; stroking of the skin and repeated massage treatments are associated with long-term expression of OT’s beneficial effects.6

Give a hug: Sounds trite, but frequent hugs between loving partners are associated with increased OT levels, and decreased heart rate and blood pressure.32 Just 10 minutes of warm contact between people was related to higher OT levels in both men and women, and decreased norepinephrine levels in women.33

Take your vitamin C: The last step of the hormone’s synthesis reactions is vitamin C-dependent. Ascorbate may regulate OT secretion not only through biosynthesis, but also through interaction with catecholamines.34

Have more sex: Large amounts of OT are released in response to sexual activity, including a surge of OT during orgasm. Long-term studies suggest that individuals with a good sex life are healthier and live longer, likely due to the OT release during sex. This release is thought to contribute to OT’s health-promoting effects, including a higher sex drive.6

Get a dog: Petting a dog regularly increases OT levels in both species.6 Intranasally dosing a dog with OT will increase the dog’s eye contact with their human, and increased OT levels will be found in that human as well.36 Sorry, cat people, eye contact with a cat probably means they are plotting your demise.

Avoid bisphenol A (BPA): OT function is reduced by BPA exposure, probably due to the interaction between BPA and estrogen.37

Prescription: Intranasal OT is the most studied way to administer OT outside of the delivery room. OT is broken down rapidly in the intestines, making oral dosing ineffective; however, according to my pharmacist, sublingual dosing is thought to be comparable as long as the solution is kept under the tongue to maximize absorption. Remember that many studies have shown statistically significant neural and behavioral changes with intranasal administration, even if brain levels are thought to only increase slightly.

The benefits of OT therapy have been shown to be directly related to frequency of administration.14 A study on the effects of intranasal OT on autism found that a daily dose of 0.4 IU/kg (eg, 27 IU for a 150 lb person) was well tolerated; reported side effects included restlessness, increased irritability, and increased energy.38 Most importantly, the social cognition/function, repetitive behaviors, and anxiety remained improved for 3 months after the last dose.27

Although an abundance of research has been conducted on oxytocin, we are nonetheless in the infancy of understanding the full therapeutic effects of this hormone. Oxytocin may be a novel treatment option for conditions regularly seen by naturopathic physicians, particularly post-partum depression, stress and anxiety, sexual dysfunction, obesity, and autism spectrum disorder. 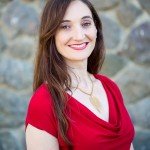 Heather Wdowin, NMD, is a licensed primary care physician in the state of Arizona, where she specializes in oncology, chronic disease, endocrinology, and sports medicine; she is also a licensed NMD in California. She graduated with a bachelor’s degree in neurobiology from Cornell University in Ithaca, NY; her Doctorate in Naturopathic Medicine is from Southwest College of Naturopathic Medicine in Tempe, AZ.  She is a member of the Endocrinology Association of Naturopathic Physicians, and is working on becoming board-certified in naturopathic oncology. She has studied with the leaders of the emerging Environmental Medicine field, and teaches Advanced Pharmacology for the University of Phoenix Nurse Practitioner program. 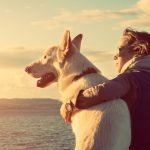 With Dog as My Co-Pilot: Between Death and Life [sic]Anxiety/Depression/Mental Health, Mind/Body 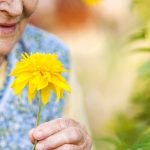