Cancer is frightening for everyone. It is the disease that characterizes our modern world, perhaps sharing the infamy with AIDS.

What any of us actually know about this disease that is of real value in treatment is quite scant. The general approach of medicine is barbaric; we cut it and burn it, often to no gain. Patients are offered heroic measures to elicit hope and the prayer of remission.

I have had several opportunities to practice homeopathy in these circumstances. Most often, it is when patients are told nothing more can be done that a micro dose can pleasantly surprise.

It is not my plan here to offer a lengthy case or complex analysis, but to tell colleagues a story. I hope to spur on the study of Hahnemann’s work.

Lisa first visited my office some 15 years ago. She was not at all inspired by the idea of homeopathy. In seeing an ND, the expectation was a shopping bag full of supplements, many of which she had already researched herself and tried.

Her chief complaint was a bothersome case of eczema, especially intense on the hands. It was red, burning, scaling and itching. It was worse from washing, and the itch was intense at night in bed.

The chronic case had some clear and consistent symptoms. She was very hungry at 11 a.m. There were cravings for spicy and sweet. In general, the patient was warm blooded, more so at night in bed; she preferred the room to be quite cool.

Certainly the indicated remedy was Sulphur (yes, a polycrest). Lisa was quite suspicious regarding the usefulness of these tiny pellets, but indulged me in taking them (1 dose Sulphur 30C). Within two weeks, she returned at least 60% improved, and she returned once more about a month later with the discomfort virtually gone.

At this point, I informed her that I would like to treat her until the chronic symptoms of forenoon aggravation, heat at night and cravings (which were strong) were gone. Lisa never returned.

The next eight years were tumultuous for Lisa’s family. Many stresses with life partners, children and family finally took their toll. She was diagnosed with a lymphoma that reportedly quickly spread throughout the abdomen. The oncologist pronounced that she would not see Christmas.

Lisa returned to my office in early summer. Having a strong faith and indeed studying theology, Lisa was not fearful of death. She was remarkable; truly inspiring. In fact, her visit was for relief of the developing abdominal pain that recently had been robbing her of sleep. I took the case and could find only a descriptor of pain and an extension, which led to a small rubric that had a handful of remedies. But staring back at me from the page of the repertory was Sulphur in plain type. My memory was triggered and I returned to the case she had given me years earlier. I asked how she was regarding the appetite at 11 a.m., the heat at night and cravings. The response was, “Those things will never change.”

I gave Lisa a vial of Sulphur 200D (Dunham), and recommended she take one pellet when the pain came on, wait several days to see if there was any result and repeat should the pain intensity relapse.

She returned about six weeks later. Her report was enough to make me sit right down, thankfully in a chair. The dose of remedy had helped immediately and a second dose was needed about a week later. After this, there was no more pain. No more remedy. In fact, her whole abdomen felt a bit different. Follow-up MRI (I believe) showed no cancer. It was gone. The oncologist said the remedy had nothing to do with this. It was a spontaneous remission, and odds were she would still not make Christmas!

Once again Lisa vanished into the night.

It was early summer 2006 (and quite a few Christmases later) that we were reunited. This time around it was a malignant, rapidly growing lump on the thyroid. The mass had made swallowing near impossible, and there was a curious symptom of extreme thirst for cold water at night.

I gave Lisa Phosphorous 10M. This time things seemed less miraculous. The thirst vanished, but there was no change in the lump. On the positive side, it did not seem to be growing now. Surgery (with the requisite Arnica before and after) removed the tumor.

Two weeks after the operation, a very confident-looking Lisa came into my office. She gave my preceptor a smile and me a big hug. The bad news first – it was a huge tumor, about one pound at removal. The good news – it was dead! The tumor had necrosed. Not only was there this gift, but amazingly there was only scant bruising and soreness – Arnica!

Once again, Lisa vanished into the night.

Joe Kellerstein, DC, ND graduated as a chiropractor in 1980 and as a naturopath in 1984. He graduated with a specialty in homeopathy from the Canadian Academy for Homeopathy, and subsequently lectured there for two years. He also lectured in homeopathy for several years at the CCNM; for eight years at the Toronto School of Homeopathic Medicine; for two years at the British Institute for Homeopathy; and for the past five years, he has lectured for his own post-grad course in homeopathy, Homeopathy by the Book (homeopathybythebook.com). Kellerstein’s mission is the exploration of natural medicine in a holistic context, especially homeopathy and facilitating the experience of healing in clients. 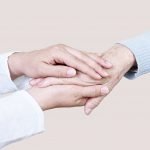 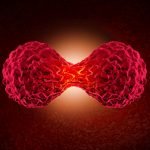