Cervical cancer and dysplasia are sexually transmitted diseases caused by a variety of subtypes of the human papillomavirus (HPV). Incidence has been dropping in developed countries, presumably because of improved condom use and widespread screening with Pap smears. Cervical cancer is still considered a leading cause of death in developing countries without access to early diagnosis and treatment.

Cervical cancer, in most cases, is a slow process that may take 10 to 15 years to develop in women who have not been treated. Progression varies, depending on the subtype of HPV involved, with HPV 16 and 18 the most aggressive forms. While more than 70% of women may be exposed to HPV in their lifetimes, most never develop dysplasia; up to 65% of women who do develop dysplasia experience spontaneous regression without therapy (Trimble et al., 2005).

Recent research has identified botanical medicines and constituents that offer effective treatment options to women in the early stages of cervical dysplasia.

Diets high in cruciferous vegetables, including broccoli, cabbage, Brussels sprouts and bok choy, have been shown in many studies to be cancer preventive. In studies of colon, breast and lung cancer, the constituent most associated with cancer-preventive properties is indole-3 carbinol (I3C), which seems to be able to retard or prevent dysplastic changes in cells (Beecher, 1994).

Thirty patients with cervical intraepithelial neoplasia (CIN), stages II-III, volunteered for a clinical trial of I3C (Bell et al., 2000). Participants were randomly assigned to receive either a placebo or orally administered I3C, 200mg or 400mg per day. The trial lasted 12 weeks. Other studies have administered I3C in short courses of 5-7mg/kg/day (350-500mg), which is equivalent to 300-500g of cruciferous vegetables. The highest dose used in this trial was 400mg, based upon the size of one-third of a head of cabbage, an amount that could reasonably be consumed per day.

Similar doses of I3C have also proven effective in women with high-grade vulvar intraepithelial neoplasia (Naik, 2006). This condition, often caused by HPV, frequently recurs and is harder to treat than CIN.

No inflammatory side effects were noted from topical application and no toxicities were reported from oral administration of the green tea extracts. The authors concluded that green tea extracts show great promise in limiting the progression of cervical dysplasia.

Filipendula ulmaria is an herb used historically to treat the common cold and other inflammatory conditions. It contains high concentrations of flavonoids, salicylates, tannins and phenolic glycosides, which may account for much of its antibacterial and astringent activity. In a Russian pilot study, meadowsweet’s effectiveness for women with cervical dysplasia was demonstrated (Peresun’ko, 1993). A decoction of meadowsweet flowers was applied intravaginally to 48 cervical dysplasia patients. A positive response was noted in 32 of the 48 patients (67%), with 25 cases showing complete regression (52%). One year after treatment, there had been no recurrence of symptoms in 10 of these patients (21%). Meadowsweet and similar, seemingly gentle, inflammation-modulating herbs should be tested clinically for their efficacy in reversing cervical dysplasia.

These treatments consist of topical application of a combination of Sanguinaria canadensis (bloodroot) and zinc chloride, followed by topical soothing herbs, coupled with oral mixed natural carotenoids (beta-carotene, lutein, cryptoxanthin and alpha-carotene) and folic acid. Bloodroot and zinc chloride are believed to directly attack dysplastic cells, destroying them. However, they are generally applied only long enough and at low enough concentrations that healthy tissue is largely undamaged. In a study of 43 women with mild, moderate and severe dysplasia who were given 150,000 units of mixed carotenes over the course of three months along with escharotic treatments, 38 patients showed complete regression of symptoms (Hudson, 1991, 1993).

Botanical treatment options for cervical dysplasia may prevent progression to more invasive disease and eliminate the need for more aggressive forms of treatment. When botanical medicines are used in conjunction with dietary and lifestyle changes, they offer considerable promise to women with cervical dysplasia. 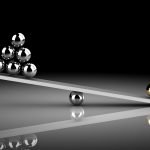 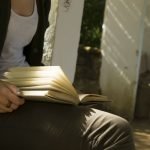