From the 88-year-old sedentary person, to the 67-year-old golfer, to the 28-year-old obese patient, we have all seen folks come through our offices with varying forms of arthritis. It’s a disease that infiltrates every medical practice and is often brushed off as a degenerative condition where very few effective interventions exist. Patients are often told to learn to live with their pain or are given a palliative treatment that oftentimes carries potentially serious side effects, particularly with long-term use. Arthritis within your practice is not going to go away as it is the number one cause of disability in the United States, affecting 46 million people. Estimates are that by 2030, 67 million people will be diagnosed with some form of arthritis.1-3 Arthritis also has a significant effect on our pocketbooks, with the most recent data from 2003 estimating the costs associated with arthritis and other rheumatic conditions to be $128 billion, up from $86.2 billion in 1997.4 Because the incidence and costs associated with arthritis will continue to increase, demand for a practical and effective solution will continue to grow. Traditional options for relieving joint pain can carry significant side effects when used long-term, and some even on a short-term basis. Many alternative options, however, are yet unproven in their effectiveness, leaving even the most astute naturopathic physician in a difficult position to help patients with arthritis. This article will focus on a relatively new field of injection therapy for osteoarthritis, tendonitis and ligament sprains that is also yet to be definitively proven; however, a few completed studies combined with a couple of studies in progress may help elucidate a new standard in treating these forms of arthritis.

A History of Arthritis

Arthritis has plagued humankind for probably as long as we have been in existence. Paleopathologists, however, have only been able to undeniably demonstrate osteoarthritis (OA) and osteophytosis in peripheral joints from skeletons excavated from as far back as the Paleolithic times.5 It is thought that the high incidence of OA within this primitive population was a result of an extremely high level of physical activity such as hunting and gathering. Yet as time went on and especially through medieval times, evidence suggests that as we became more sedentary (eg, agriculture vs. hunter gatherer), incidence of OA dropped, probably a result of the vast difference of physical stress placed on the body during primitive times compared to more “civilized” periods. However around the 18th and 19th centuries, when we became more sedentary compared to our medieval counterparts, cases of OA started to rise again.6 These studies, however, do not suggest that a sedentary lifestyle can prevent or cause OA, as recent data suggest that moderate exercise 3 times a week can actually reduce arthritis-related disability by 47%.7 As an interesting side note, rheumatoid arthritis has been difficult to demonstrate in skeletons during Paleolithic time. Possible reasons include the disease arriving within the human population at a much later date, or a simple function of the difficulty associated with obtaining a proper examination of the small joints within the hands and feet. Nonetheless, the problem remains that as time has passed, not only has the incidence of arthritis increased, but also our body’s inability to mount a complete and effective healing response. In other words, bodies affected by chronic arthritis have lost the ability to heal themselves as nature intended. NDs might call it “a problem with the Vis Medicatrix Naturae.”

Ironically, a 16th-century French surgeon, Ambrose Pare, might have summed it up in describing how doctors and the Vis can coexist when he said, “I dressed the wound, that mysterious power vis medicatrix naturae healed it”.8 In other words, the patient does not heal because of the doctor’s interventions, but because there is sufficient Vis to get the job done. We as doctors have a responsibility to give the body the necessary nutrients, medicines, counseling, etc. to nudge the body in the right direction toward improved health. It might seem like a big jump from the Vis to molecular biology, but by understanding the molecular markers involved within the healing process it becomes clear how these molecules become important to understand how we can nurture the body back to health.

Not until recently have we been able to identify a number of the messengers involved within the healing process. Some of the key molecular signaling players in the process following an injury to a joint include TGF-Beta1, PDGF-AB, VEGF-A, HGF and IGF-I. These so-called growth factors comingle with platelets and appear to be critical in proper tissue repair.9 For example, VEGF-A (vascular endothelial growth factor-A), is a protein that targets endothelial cells and stimulates them to reproduce, while at the same time attracting other signaling molecules to improve angiogenesis to the area. More simply put, these growth factors act as instigators to building new tissue while ensuring there is a proper blood supply to deliver nutrients and remove waste products.

It was through this understanding of how the body’s natural signaling pathways work that platelet rich plasma therapy was born in the early 1990s. Originally used for speeding bone repair following spinal and plastic surgeries, PRP is now also being used on injured muscle, tendon, ligament and other tissues. Some dentists are now using PRP to improve healing time following tooth extraction.10 The concept is relatively straightforward: approximately 30 cc’s (or more, depending on the sites being treated) of whole blood is collected from the patient. The blood is then centrifuged to separate the blood cells from the platelets and growth factors, allowing the growth factors to be concentrated. It is this PRP that is reinjected into the same patient at the site of injury to initiate the healing cascade and thereby stimulate tissue repair. By concentrating these growth factors in the exact location where they are needed, healing time for painful joints and other tissues can be greatly reduced. Kajikawa and colleagues demonstrated that PRP acted as a chaperone for other cells required in growing new tendons, while another research group found that PRP therapy improved both pain and functionality compared to steroid (eg, cortisone) injection.11,12 A small British study is currently underway to determine if PRP can improve tendo-achilles healing and potentially prevent rerupture of the Achilles tendon following either non-operative or operative treatment.

The entire process from blood harvesting, to growth factor concentration, to injection back into the patient typically takes no more than an hour. Most patients can drive home following the procedure and are encouraged to have injections every 2-3 weeks depending on the patient and the severity of his/her injury. Most patients see a significant improvement after only one injection, but again, depending on the patient, more injections may be needed. Because the procedure is more labor-intensive than standard prolotherapy and requires the use of proprietary technology in the concentrating of the patient’s growth factors, cost can be a factor for some patients. Depending on the amount of PRP produced and the number of sites injected, patients can expect to pay somewhere between $300-$1000 for each session. A few high-profile athletes such as Tiger Woods and Hines Ward have utilized the technique to treat stubborn knee injuries, but it appears that PRP might be beneficial for a wide variety of patients. However, some preliminary studies suggest that approximately 30-40% of patients will not respond to PRP and if after 2-3 series of injections the patient does not feel markedly better, it does not make sense to continue with additional PRP injections.

As studies continue and anecdotal evidence mounts, PRP may become the gold standard in treating many joint and soft tissue problems. Because the technique is autologous, there is true stimulation of the Vis while at the same time removing the obstacle to cure—the lack of a proper healing response. 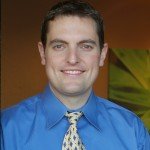 Philip M. Wazny, NMD is in private practice in Scottsdale and Phoenix. After graduating from SCNM, Dr. Wazny completed a two-year externship in pain management in Mesa, Ariz. Since that time, his practice has evolved into three main areas: natural pain management, pediatrics and hormone balancing. 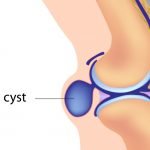