Greater Risk of Osteoporosis with SSRIs

Many patients have bouts of sadness throughout their lives, whether it is spurred by grief, a major life change, major depressive disorder or for no apparent reason. For individuals who have frequent or unrelenting sadness or despair, it is common practice in conventional medicine to prescribe a selective serotonin reuptake inhibitor (SSRI). While it is well known that serotonin plays a major role in depression, new evidence supports the possibility of a link between SSRIs and decreased bone health. Additionally, there is evidence supporting a correlation between depression and decreased bone mineral density (BMD). As NDs, we already recognize this association because depressed patients are less likely to exercise, eat a well-balanced diet and care for their general health and well-being. The following is a summary of several studies indicating these risk factors.

Researchers from the National Institutes of Health (NIH) investigated BMD in0000 pre-menopausal women diagnosed with major depressive disorder and pre-menopausal women with no history of depression. BMD was measured in the spine, hip and forearm using DEXA imaging. Plasma cytokines, urinary cortisol and catecholamines were also measured in some of the women in the study. Researchers reported that “the prevalence of low BMD, defined as a T score of less than -1, was greater in women with major depressive disorder (MDD) as compared to women in the control group, at the femoral neck (17% vs 2%; P=.02) and total hip (15% vs 2%; P=.03), and tended to be greater at the lumbar spine (20% vs 9%; P=.14)” (Eskandari et al., 2007). In the same study, a subgroup consisting of 44 depressed women with individually corresponding controls showed similar findings of overall lowered bone density in the depressed subjects. Additionally, increased amounts of pro-inflammatory cytokines and decreased levels of anti-inflammatory cytokines were found in women with MDD (Eskandariet et al., 2007). Other studies have suggested that high levels of cytokines and systemic inflammation may lead to increased rates of bone resorption and, therefore, reduced BMD (Richards et al., 2007).

Other research has shown a correlation between SSRI use and higher rates of bone loss in both men and women. In a study out of the University of Minnesota, investigators reviewed osteoporotic fractures in 2,722 women. The authors reported that “women taking SSRIs lost twice as much bone density at the hip compared with women taking other antidepressants or none at all” (Diem et al., 2007). Results showed hip BMD reduction of 0.82% per year in the SSRI group, vs. a reduction of 0.47% in women taking non-SSRI antidepressants or taking no antidepressant. One explanation the authors presented is that SSRIs decrease osteoclastic and osteoblastic activity as a result of inhibiting serotonin transporters (Diem et al., 2007). A similar finding in men with a mean age of 73 was reported from investigators in Portland. They found that total bone mineral density was lower at the hip and lumbar spine among SSRI users compared with 5,708 men who did not use antidepressants. Men using SSRIs had a hip BMD 3.9% lower and a lumbar spine BMD of 5.9% lower than those not taking SSRIs (Haney et al., 2007).

Fracture risk has also been evaluated in patients older than age 50 taking SSRIs. Investigators with the Canadian Multicentre Osteoporosis Study examined patients with reported use of SSRIs, including several more common brand name prescriptions. Patients answered yearly questionnaires for five years regarding bone fractures related to low-trauma situations such as falling from a chair or bed, etc. Fractured areas such as forearm, ankle and foot, hip, rib, femur and back were examined via x-ray to determine relevancy of fragility fractures. Fragility fractures are typically found in the vertebrae, wrist and the neck of the femur. These fractures occur from a fall, and suggest an underlying skeletal weakness. The authors reported an increased rate of fragility fractures in patients with reported SSRI use as well as a mild increase in fracture rate in those reporting daily tricyclic antidepressant use (Richards et al., 2007).

An estimated 10 million Americans older than age 50 suffer from osteoporosis, while another 34 million are estimated to have osteopenia. An astounding eight out of ten of these are women, with the greatest risk occurring during and after menopause. Interestingly, as serotonin is thought to play a role in heat regulation of the body, SSRIs are increasingly prescribed to menopausal women suffering from hot flashes as an alternative to hormone treatment.

Additional research in the area of antidepressants and bone loss is necessary to effectively weigh the risks and benefits of SSRI use. Furthermore, this evidence illustrates the necessity to educate patients about all potential risks for increased rates of bone loss and the importance of nutritional supplementation and weight-bearing exercises for the prevention and treatment of osteoporosis. 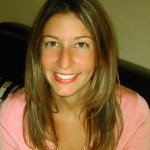 Shana Spector Deneen, ND graduated from SCNM. In order to bridge the best of both Eastern and Western medicine, she is currently completing a masters degree in acupuncture. Her practice emphasizes women’s health and the prevention and management of chronic disease. She utilizes nutritional supplementation, hydrotherapy, botanical medicines, acupuncture and comprehensive diet and lifestyle modifications to bring patients toward optimal health. Dr. Deneen is currently practicing in Scottsdale, Ariz., at Aletris Center of Integrative Medicine. 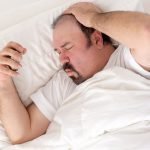 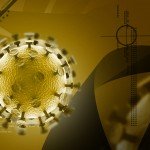