Regenerative Injection Therapy of the Knee: Case No. 2

The Baker’s cyst (BC) was named after English surgeon William Baker, who practiced in the mid- to late-19th century (Baker, 1877). BCs are joint fluid-filled sacs arising from the gastrocnemius-semimembranosus (GS) bursa. They are the most common cystic lesions around the knee and can be found between 5% and 19% of those getting an MR for internal derangements of the knee (Miller et al., 1996; Fielding et al., 1991). The bursa has been found to communicate with the knee joint in approximately 35%-55% of cadavers, with an increasing frequency noted with advancing age (Wilson et al., 1938; Lindgren, 1977). A transverse passage of 15-20mm exists between the two structures, which can form a ball-valve mechanism whereby pressure on the joint fluid pushes it out of the joint capsule, through the slit and into the GS bursa, where it can expand to a very large size. Many other cysts can also arise around the knee joint, including meniscal cysts, ganglion cysts, noncommunicating synovial cysts, capsular pouching and juxta-articular myxomas.

BCs have been known to rupture and cause acute compartment syndrome, requiring emergency fasciotomy. The anti-coagulation medications aspirin, warfarin and heparin have been implicated in acute compartment syndrome cases (Hay et al., 1992). It is also worthy to note that a review of the literature demonstrates that many cases of pain-inducing BCs are misdiagnosed as a DVT and placed on a regimen of anticoagulants (Hench et al., 1966). Treatment with corticosteroids into the articular space of the knee has been shown to cause thinning of the GS bursa lining on ultrasound study (Acebes et al., 2006), which could possibly predispose the patient to such a rupture. The rehabilitation program should avoid leg machine use that involves a pad near the popliteal fossa or any activity that produces excessive pressure in the location of the cyst. BC may also interrupt vascular and neural pathways (Dash et al., 1998). An MR scan is useful to evaluate tears of the meniscus and/or demonstrate cystic formations in the articular surface of the tibia or femur. 3T MR scanning is an excellent tool to visualize subtle signal aberrancies within the body of the meniscus and/or surface of the cartilage. Cellular debris in the fluid called rice bodies may be noted in US or MR scanning.

BC patients may present with an aberrant walking or running gait from chronic para-articular ligament sprains, or may have sustained a single injury that disturbed the integrity of the joint and has become subclinically hypermobile. Over-pronation of one or both feet may also add to the stress demanded on the meniscus and cartilage. Chronic meniscal tears are often a foci for BC fluid production. After the joint integrity and the adjacent muscular balance has been restored, a small BC may resolve on its own. Some grow rather large and may necessitate more direct therapy. Regenerative injection constituents such as dextrose, ascorbic acid and sodium hyaluronate have been shown to be tonic to type of cells that line the BC (Park et al., 2007).

A 50 year-old man has had knee pain for 10 years. He has had a physically active occupation for many years, combined with a history of extended periods of genuflexion performing part-time carpet installation. Upon initial physical examination of the knee, a large palpable cyst was measured at approximately 7cm in diameter. The cyst’s epicenter was approximately 2cm higher than the contralateral popliteal fossa, and the cyst was only mildly tender upon palpation. He was also given a diagnosis of subclinical instability of the fibular head caused by chronic repetitive strains of the anterior capsule ligaments at the fibroosseous attachment on the tibia. Radiological examination of the knee revealed mild shelving along the articular surface of the femur and tibia. The patient also presented with US films that demonstrated the cyst was 3.5-7cm in diameter. The US film demonstrated rice bodies within the joint fluid. The medial knee compartment appeared to have a narrower intra-articular space compared to the contralateral knee. The para-articular ligaments as well as the fibular capsule was treated with RIT. Injections of an ascorbic acid solution mixed with preservative-free procaine were deposited into the cyst after careful aspiration. The treatments were done at four-week intervals for a total of eight regenerative injection treatments. The patient was also placed on an organic macrobiotic diet and given a rehabilitation protocol consisting of low-repetition, free-weight, isotonic strength training exercises.

A series of three treatments at four-week intervals was initially recommended to the patient. At the follow-up after the third treatment, the patient had improved significantly with regard to pain-free ROM and BC size. Three more treatments at four-week intervals were performed. At the end of the second series, the cyst was non-palpable and non-visible with the patient laying prone and the leg in full extension. The patient reported that global symptoms have significantly improved and complains of only minor transient discomfort after sustained utilization of his knee. We decided to repeat the US study three months after two additional ascorbic acid treatments. This US at the three-month follow-up demonstrated that the cyst had clearly diminished and the cell wall integrity appeared to improve. Debris in the follow-up US films were absent. It appeared in this case that ascorbic acid does have the capability of inducing healthy tissue proliferation of the joint lining. Treatment of the fibular capsule and the para-articular therapies probably removed the stimulus for the cyst. In a perfect world, a pretreatment MR scan and a digital picture of the popliteal fossa would have preceded the treatment.

David A. Tallman, DC, ND, studied at Ohio State University for his undergraduate education. He then attended Texas Chiropractic College in Pasadena, Texas, where he received a DC, with an internship focus on orthopedics and radiology. He earned his ND degree at SCNM in Tempe, Ariz. Dr. Tallman is in private practice in Scottsdale, Ariz., where he treats orthopedic and rheumatological conditions. He can be reached at info@Dr.Tallman.com.

Baker WM: On the formation of synovial cysts in the leg in connection with disease of the knee joint, St. Bartholomews Hosp Rep 13:245-261, 1877.

Lindgren PG: Gastrocnemio-semimembranosus bursa and its relation to the knee joint. I. anatomy and histology, Acta Radiol Diagn 18:497, 1977. 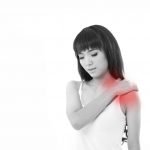