Could better policy support of breast/chest-feeding help reduce risks of climate change? Quick answer: It could, but only when it is applied on a population-based scale.

From a medical standpoint, the American Academy of Pediatrics (AAP) has made the recommendation of exclusive human milk for infants less than 6 months of age, if at all possible.1 When this is not possible, then any amount of human milk is preferred. The AAP and the World Health Organization (WHO)2 have also recommended the continuation of breast/chest-feeding past 6 months when deemed mutually beneficial for the parent and the infant/child. The WHO has made an additional recommendation for human milk consumption until at least the age of 2.2 Breastfeeding has many beneficial and protective health effects for both the infant and the lactating parent. But can it also tackle part of the climate crisis puzzle?

Before exploring that question, I will point out many of the current challenges to initiation and/or continuation of breast/chest-feeding, particularly in the United States:

This list could go on and on. Unfortunately, American society is not geared toward promoting a healthy feeding relationship for an infant and breast/chest-feeding parent. Whether we’re still struggling to figure out the best policies to support the use of human milk or we are getting in our own way by voting in political representation that doesn’t match our healthcare needs, a shift in our society to support parents and families is long overdue.

So how can human milk help the current climate crisis? In several ways, as we shall see.

For starters, the production of human milk from a mammary gland does not require any direct industrial processing. Industrialization of any product typically releases greenhouse gases into the atmosphere, incorporates plastics and other non-degradable packaging, and uses deforestation or land-clearing to create the products.3 Two major forms of infant formula come from either cows or soybeans. Cows, and the use of cow-based products, release a significant amount of greenhouse gases into the atmosphere via methane production,3 and soy can be a highly processed food with its own contribution of carbon emissions, depending on the form. Additional vitamins, oils, refrigeration, and sanitation also go hand in hand with the production and use of formula – measures that also require significant energy and leave carbon footprints. With all of this, unfortunately, socially vulnerable communities, typically low-income communities and those of developing countries, experience the highest risks of climate change and often have no significant voice in the conversation.

Here are some interesting statistics I collected:

Certain areas of the world, notably some Asian countries and the United States, contribute the highest amounts of carbon emissions from both formula production and formula use.6 These countries are noted for their significant marketing of infant formula to physicians and parents, as well as for the absence of widespread government programs that support the feeding of human milk to newborns and infants. Not only does this trend reflect a delicate balance between expansion and contraction of the labor force, industrialization agreements, and allowance of formula companies to advertise in the media; it also highlights a disregard for parental choice when there is no apparent medical indication to use formula over human milk.

The power of choice is the crux of the issue here. The choice of governmental policies results in the absence of promoting the use of human milk over formula. The choice for parents is how they want to feed their newborns, infants, and children. There are many practical benefits of formula: parents are not tied to the time and/or emotional investment of direct feeding or pumping, similar growth rates are seen with human milk and formula, caretakers other than the mother can be in charge of feeding a newborn or infant, the previously pregnant parent can return to work as early or late as she would like, there is a significant ease of access of formula, and more. However, I wonder if giving parents a fully informed choice, including the awareness that formula use is associated with carbon emissions, would sway some of them away from using formula.

What Does It All Mean?

First of all, I want to be clear in saying that the most important consideration is feeding an infant whatever type of liquid – formula or human milk – is best for them and their health. This post is not intended to make parents feel bad for giving their baby formula or to feel that they are single-handedly contributing to climate change, because this is definitely not the case. I, too, have personally experienced using formula for my children in their infancy. It is there for a reason: when human milk is inaccessible. However, in order for human milk consumption to effectively combat the climate crisis, change and support of the practice would have to happen at a population level.

Many years of research have demonstrated that the climate crisis is real, and right now is already past the time that we needed to start making big changes. We all can continue to do our individual parts to live more sustainable lives. However, major governments, countries, and industries really need to step up – not only for the health of their own citizens, communities, and employees, but also for health equity among populations across the globe and for future generations. The dairy and fossil-fuel industries must be held accountable for their contribution to significant greenhouse gas emissions. Governmental policies and agencies should be vocal about the importance of supporting parents in their desire and ability to feed their infant human milk when it is medically appropriate for that infant.

Small advances have been made in the United States (eg, breast-pumping breaks at work); however, there is so much more that must be done, and we are definitely not there yet. We physicians could make a potentially impactful collective effort, not only by supporting parent-infant dyads in using human milk, but also by supporting policies that foster this relationship. It’s long overdue for putting the pressure on lawmakers who represent us, and for our government and our big industries to be accountable, because – let’s be honest here – “Our house is on fire.”

Krystal Plonski, ND, LAc, FABNP is a licensed and board-certified naturopathic physician and acupuncturist, specializing in pediatrics. She is working as an inpatient acupuncturist for Seattle Children’s Pain Medicine Department. Dr Krystal graduated from Bastyr University’s Naturopathic Medicine program and Masters in Acupuncture and Oriental Medicine program in 2014. Following graduation, she completed a 2–year CNME-accredited pediatric residency; she then worked in a private practice doing primary–care pediatrics. She is also as an adjunct teacher for the pediatric proctoring exams at Bastyr University. Dr Krystal is currently the vice president of the PedANP and the co-chair of the PedANP Advocacy Committee. 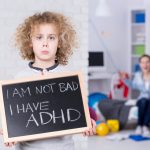 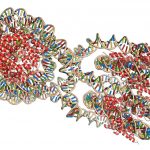 Epigenetics: Growing Up in a Toxic World – Part 2Pediatrics