Some times the chief complaint really is not.

When her young son, Juan, was 27 months old, his mother, Dolores, consulted me. Juan had been experiencing a recurring otitis media since 1 year of age.

During pregnancy, Dolores had suffered 2 urinary tract infections, which were treated with nitrofurantoin. Emotionally, she also experienced a strong grief.

Her labor with Juan was very long (over 20 hours), and during his first 5 months there was a numbness of the right heel. Shortly after birth he displayed wheezing respiration as well as a tiny amount of blood in his stool, both of which seemed to resolve uneventfully.

Juan was colicky at 4 months.

At 12 months, during a long plane ride, Juan developed a cold that rapidly progressed to an acute otitis.

Ever since then, whenever he developed cold symptoms, otitis was not far behind.

Delores describes the symptoms that were characteristic for her child during illness: “He presses his ear. He desires comfort and responds well to it. His balance is affected and he falls (he’s had several falls). Sleep is terrible.”

Then, suddenly, the consult takes on a different tone as she speaks about symptoms previously never mentioned: “When upset, Juan will bang his head against the sofa (or my chest). When excited, his hands will flap. His speech development has been delayed. He is very active.”

Looking at Delores’ expression and the gentle tears in her eyes, my acute confusion begins to clear. Mom is horribly concerned that her son is autistic – so much so that she does not want to say it out loud. Haltingly and with intermittent expression, she talks about her forebodings and asks if there is something that can be done.

In response, I talk about the positive results that homeopathy has had, adding that although no guarantees can be made, there was hope for improvement.

Juan would be seeing a developmental pediatrician for an assessment. Meanwhile, what could I do? The case seemed almost skeletal. However, Hahnemann tells us always to prescribe on the most pressing and immediately visible complaint. Here it was: the ear.

Using the TBR2 Repertory, edited by George Dimitriadis, I arrived at the rubrification shown in Figure 1.

Pulsatilla scored high and also struck me as an appropriate remedy in view of Juan’s strong need for and amelioration from comforting.

One month later, not only was the ear not mentioned as an issue, but Mom had been to the specialist, who had indeed diagnosed autism.

“But there have been many changes, and starting soon after taking this remedy!” exclaimed Delores. “Juan is making more eye contact. His vocabulary seems improved. He is communicating desires and actually making requests. He expresses empathy and wants to be cuddled more, even when not ill.

“There has been lots of progress in motor movements… His ability to imitate speech is better… Sleep is better.”

Plan: Do not mess with what is working. Continue the remedy.

Verbal expression was much improved. Motor skills had likewise improved.

He had stopped shaking his head. The spinning was almost gone, and he was having fewer tantrums. There was still lots of flapping of the hands. He was showing more understanding of his own and others’ emotions. He was displaying more humor. Spelling was better, but writing was still difficult.

He still had frequent colds, barely recovering from one when the next one would begin. No otitis, though.

He was fond of meat, bread, and smoothies. He disliked mixing of food textures.

At this point, Juan has been taking Pulsatilla 30C for 3 years.

“This remedy has been amazing,” Mom exclaims. “Juan now sleeps through the night. He does get upset easily, but is much easier to calm down. I will talk things out, and he will understand and respond. He is very loving and sympathetic. He still hates haircuts, but will tolerate them.

“His speech has dramatically improved. He is among the top students in his class in math. Juan is now reading at a grade-2 level [he’s currently in grade 1].

“We notice that before stool he is more quiet, and after stool more cheerful.

Juan responded dramatically to Pulsatilla 30C, based on the totality of a recurrent acute otitis. The remedy also benefitted his chronic issues.

The initial prescription was based on only 4 rubrics that clearly pointed towards consideration of a polycrest remedy. This elegant simplicity, based on simple observation and the accurate proving symptoms of Hahnemann, is among the great medical miracles of history.

Homeopathy is a scientific, flexible, and reliably effective tool in the hands of a well-trained practitioner.

Training in a skill-set that is consonant with Hahnemannian practice has been very absent in some of our schools. Such training is foundational in promoting a truly wholistic perspective – a perspective that we are also losing in favor of an “evidence-based” protocol-driven-mindset that is far more allopathic. We are in danger of losing so much when we sacrifice principles in order to appease our medical colleagues. 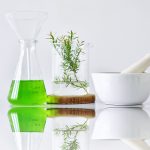 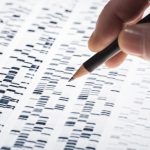 Genetics & PANDAS: A Review of the Mannose-Binding Lectin 2 Gene PolymorphismPediatrics