Mercury from Fish Does Not Reduce Children’s IQs(?)

The August issue of Environmental Health Perspectives contained a long letter from a Mr. Joel Schwartz challenging the science behind a study published in EHP in May 2005. This is not unusual, as almost every published clinical trial or review generates feedback where someone wants to get his or her “two cents” in. What is noteworthy about this letter is who responded and what bias he may carry.

The study in question, “Public Health and Economic Consequences of Methyl Mercury Toxicity to the Developing Brain,” concluded that prenatal methylmercury exposure reduces children’s IQ in utero and costs the U.S. economy $8.7 billion per year in lost productivity, innovation, and rational thinking.

The authors of this study are associated with Mount Sinai School of Medicine, New York; Children’s Hospital, Boston; Department of Pediatrics, Harvard Medical School, Boston; and Department of Family Medicine, Albert Einstein College of Medicine, Bronx, New York. This research was supported by a grant from the National Institute of Environmental Health Sciences, the Jennifer Altman Foundation, Physicians for Social Responsibility, and the Rena Shulsky Foundation. The authors declared no financial interest in the outcomes of the research.

The lead author of the study holds an MD from Harvard Medical School, an MPH from Harvard, and fellowships in pediatrics and pediatric environmental health. The second author has been practicing pediatrics for almost 40 years, is the current professor and chair of the Department of Community and Preventive Medicine and director of environmental and occupational medicine at Mount Sinai School of Medicine in New York City. He has also been a CDC medical epidemiologist and member of the Institute of Medicine of the National Academy of Sciences. The third author of the study in question is a former finite algebraic mathematician who then obtained his medical degree from Albert Einstein University in New York, and is currently a research epidemiologist and biostastician.

Joel Schwartz, the author of the letter, has a long list of paid employment with industry-based think tanks, such as the Reason Public Policy Institute—an Exxon think tank placing proindustry articles and journal letters into press to obscure issues and refute credible research on sensitive topics. Mr. Schwartz does not have any medical training, or training in neurobiology, neurochemistry, neuroanatomy, genetics, perinatology, or epidemiology. In fact, the majority of his career has been spent refuting the Clean Air Act standards, air pollution restrictions on automobiles, power plants, and fuel efficiency standards. He obtained a bachelor of arts in chemistry from Cornell University and a masters of science in planetary science from California Institute of Technology.

What is the point? A German philosopher, Schopenhauer (1788-1860), whose ideas profoundly influenced the fields of philosophy, psychology, music, and literature, is quoted as saying:

All truth passes through three stages:

First it is ridiculed

Second it is violently opposed

Third it is accepted as being self-evident

The methylmercury and IQ study raised public awareness of mercury’s more subtle toxic effects. This hot topic is now making industry nervous. I believe that this is progress, as we pass from the first to the second phase of realizing truth.

Mitch Kennedy, ND, has a family practice in Avon, Connecticut, and is the first ND with clinical privileges at the University of Connecticut, a teaching hospital. Before graduating from Southwest College, Dr. Kennedy earned an international reputation as a leader in pollution prevention, showing industries around the world how preventing pollution saves money. 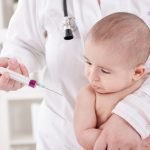 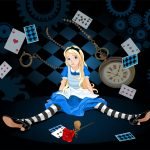