Suboptimal nutrition not only affects a child’s physical health; it also predisposes him to neurocognitive deficits such as attention-deficit/hyperactivity disorder (ADHD).1-3

ADHD is a common neuropsychiatric condition that tends to be early onset and enduring. It is characterized by developmentally inappropriate attention deficits, increased impulsivity, hyperactivity, and/or emotional deregulation. Needless to say, ADHD can significantly impair many facets of a child’s life4 and place great strain on her caregivers, teachers, and family members.

As is the case with many neuropsychiatric disorders, the causes of ADHD are multifactorial. Nevertheless, it is clear that nutrition plays a major role in both prevention and treatment of the disorder, as the levels of several nutrients – including iron, zinc, magnesium,5,6 vitamin D,7 iodine,8 vitamin B12,9,10 and omega-3 polyunsaturated fatty acids11,12 – have been shown to be lower in ADHD-affected children than in healthy controls.

High-quality daily multivitamins and fish oil supplements may therefore be of great value in the treatment of pediatric ADHD.

How Did We Get Here?

The changes in dietary practices over time, in addition to a loss of nutrient density in the soil and increased environmental toxic burden, have significantly compromised the nutritional power of our food supply.13,14

Studies have shown that young children in the United States fall short of the dietary guidelines for fruit and vegetable intake.15 Neuro-atypical children, such as those with ADHD, are at particular risk for inadequate nutritional intake. On account of the core pathology of the condition, children with ADHD may exhibit greater degrees of stubbornness, cravings, and aversions around food than other children; they may further lack the attention necessary to sit still through meals.16-18 The prescription medications commonly used to manage ADHD symptoms typically cause appetite suppression, which further challenges nutritional adequacy in these children.19

In a study exploring the connections between nutrition, cognition, and behavior, 1795 children with signs of malnutrition were followed over time and assessed at ages 3, 8, 11, and 17 years.20 The authors found that relative to the 1206 adequately nourished subjects, “the children with malnutrition signs at age 3 years… were more aggressive or hyperactive at age 8 years, had more externalizing problems at age 11, and had greater conduct disorder and excessive motor activity at age 17. The results were independent of psychosocial adversity and were not moderated by gender.”

How Multivitamins Can Help

When we consider the nutrients typically contained in high-quality multivitamins, it becomes clear that these daily supplements have the potential to mitigate ADHD symptoms and support a child’s overall health and with minimal risk of harm. Children with ADHD often require targeted nutrients at therapeutic dose ranges; however, a multiple vitamin/mineral product is an easy place to start, and indeed a basic treatment guideline for the condition.

In the first fully blinded, randomized, controlled trial of medication-free children with ADHD,21 93 patients, ages 7 to 12, were randomized to receive either micronutrients (n=47) or placebo (n=46) for 10 weeks. Data were collected from clinicians, participants, parents, and teachers, examining a range of measures.

Although the children on the multivitamin demonstrated no improvements in hyperactive/impulsive symptoms, they did display reduced aggression, improved attention, and improved emotional regulation.21

While many of the nutrients in a multivitamin product may enhance a child’s health, some nutrients, in particular, have demonstrated their relevance in the treatment of ADHD and related conditions.

Vitamin D exerts anti-inflammatory, antioxidant, neuroprotective, and neurotrophic effects – actions that may directly oppose the pathogenesis of ADHD. This fat-soluble nutrient has also been demonstrated to facilitate serotonergic and dopaminergic functions, making it a further valuable player in pediatric (and adult) neurology.22

Unfortunately, 4 out of every 10 toddlers and children are deficient in the nutrient, according to the American Academy of Pediatrics (AAP).23 Children with ADHD also tend to be at greater risk of vitamin D deficiency than children who do not have the condition.7

Understanding the importance of vitamin D in immune system function, bone growth, and mental health, the AAP recommends starting vitamin D3 supplementation at 400 IU daily at birth and continuing through childhood.24 However, many multivitamins do not contain enough vitamin D; thus, additional supplementation may be warranted.

The validity of magnesium supplementation to help both children and adults living with ADHD, anxiety, stress, or other neurocognitive struggles is well established.25-27

Magnesium is involved in more than 300 essential metabolic reactions in the body, from energy production to DNA synthesis.28 While it is often (rightfully) appreciated for its effects on cardiovascular health, musculoskeletal health, and metabolic function,25,27 magnesium also facilitates central nervous system (CNS) communication and exerts a calming effect on the CNS.29

Magnesium is also an important component in serotonin production.29 It also interacts with norepinephrine and dopamine, the same neurotransmitters that have been implicated in the pathophysiology of ADHD.30,31

The manifestations of magnesium deficiency include reduced attention span, irritability, fatigue, lack of concentration, nervousness, and increased aggression32 – many of the same symptoms observed in those with ADHD. It no surprise, then, that magnesium has been shown to be of particular benefit to hyperactive children.33

In another trial, 72% of children with ADHD (18 out of 25) were found to be magnesium deficient; a significant correlation between hair magnesium levels and total IQ was further revealed. Supplementation with 200 mg of magnesium daily (in addition to standard medical treatment) for 8 weeks in these children improved their symptoms of inattention and hyperactivity by 77.7% and 88.9%, respectively.38

Although taking too much magnesium at once can osmotically cause loose stools, the safety profile of magnesium supplements is overall excellent.39

While severe iodine deficiency and related cretinism have been nearly eliminated across the globe, the rate of iodine deficiency has been on the rise in the Americas. This is likely due to our decreasing intake of iodized salt and low intake of sea vegetables.40,41

A 2016 study of 89 children with ADHD found a shocking 71.9% to be iodine deficient, and further revealed a significant association between urinary iodine levels and hyperactivity.8

Iodine deficiency has been implicated in impaired cognitive function during childhood and adolescence.42-44 Iodine’s role in neurodevelopment during pregnancy and the first 1000 days of life is essential.45,46 Iodine deficiency, and the hypothyroidism it can cause, are both prenatal and postnatal risk factors for ADHD.47 Iodine deficiency may also beget hypothyroidism without accompanying abnormalities in thyroid hormone values, thus masking the cause of symptoms.48

The B vitamins are essential cofactors for countless reactions in the body. In particular, vitamins B6 (pyridoxine), B9 (folate), and B12 (cobalamin) are key players in the neurotransmitter production that is essential for brain health and neurological function.49 B vitamin deficiency can manifest as fatigue, difficulty learning/focusing, and mood disturbances – many of the same symptoms found in ADHD.50-52

“The B’s” are also critical for detoxification. From pesticides and additives in our food supply, to the chemicals found in plastics and other household items and the over-prescription of pharmaceutical medications, today’s youth are exposed to a surprising number of toxicants. This, coupled with the increasing incidence of genetic mutations that compromise detoxification pathways, may place undue strain on the pediatric nervous system.53 This may explain the association between low brain levels of vitamin B12 and ADHD behaviors.9,54

B vitamins are water-soluble nutrients and therefore cannot be stored within the body. Regular intake is thus necessary to ensure optimal health.55

Omega-3 polyunsaturated fatty acids (ω-3’s) are required for normal neurodevelopment and neuronal function. Although the exact mechanisms by which they mitigate the symptoms of ADHD have yet to be illuminated, it is clear that ω-3’s modulate inflammation and directly impact neuronal membrane fluidity and receptor function.56

Low ω-3 levels have been causally related to ADHD12,57 dyslexia, autism spectrum disorder, and other CNS-linked disorders, including poor cognition, depression, anxiety, and poor anger control.56 Because docosahexaenoic acid (DHA) accumulates in the brain regions associated with learning and memory, decreased levels of DHA are implicated in many developmental disorders.11

In a study examining the effect of fish-derived fatty acids on cognition and behavior,58 students with ADHD, ages 9 to 10 years, were randomized to receive a fish oil supplement or a 100 g serving of grilled fish daily for 12 weeks. While both interventions increased red cell total lipid DHA levels in the children, the effect was more prominent in the fish oil group, with increases of 72%, as compared to 64% in the grilled fish group. Both treatments improved Trail Making Test and Vanderbilt Assessment Scale scores in the children, but again, the fish oil outperformed grilled fish. The authors concluded, “Expanding the food fortification program with DHA-enriched fish oil should be considered as part of broader policy to improve child health.”

A meta-analysis of ω-3 studies published between 2000 and 2015 found that despite some contradictory results, the data showed overall that ω-3’s are a “successful treatment of ADHD symptoms” and that the dosage of stimulant medications could be reduced when used concurrently with ω-3’s.57

Because high blood levels of ω-6 relative to ω-3 lead to an overproduction of proinflammatory cytokines,59 and because the western diet is rich in ω-6’s and relatively poor in ω-3’s,60 the authors of another meta-analysis61 hypothesized that the ratios of certain types of fatty acids may be more important biomarkers than standalone levels. Indeed, the results of their literature review unveil that, as compared to controls, children and youth with ADHD have elevated ratios in the blood of both ω-6 to ω-3 and arachidonic acid (AA) to eicosapentaenoic acid (EPA) fatty acids. The authors speculated that previous clinical trials of ω-6 and ω-3 supplements may have demonstrated minimal efficacy in the treatment of ADHD12,62-65 on account of their analysis of these fatty acids in isolation.

As essential fats, ω-3’s cannot be synthesized by the human body and thus must be obtained from the diet and supplements. This strengthens the case for ω-3 supplementation in children with ADHD.66

In recommending supplemental and alternative ADHD treatments, practitioners can apply the SECS vs RUDE test, a guideline developed by researchers from Ohio State University.

According to the guideline, treatments that are Safe, Easy, Cheap, and Sensible (SECS) require less evidence than those that are Risky, Unrealistic, Difficult, or Expensive (RUDE).

In other words: multivitamins and essential-fatty acids are 2 of the safest, easiest, cost effective, and sensible tools in ADHD treatment.

Erica Zelfand, ND, is an integrative family physician, medical writer/editor, and public speaker. She is deeply committed to a patient-centered, root-cause-oriented, nature-honoring approach to healing. After graduating from the National University of Natural Medicine (NUNM) with high honors, Dr Zelfand completed a CNME-accredited residency in family medicine at NUNM, followed by an additional 4 years of pediatrics training in a bustling primary care clinic in Oregon. Dr Zelfand loves sharing her knowledge, reverence for nature, and zesty sense of humor with her colleagues, clients, students, and audiences of all sizes worldwide. To learn more and connect, please visit www.DrZelfand.com. 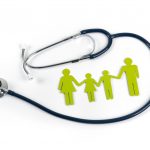 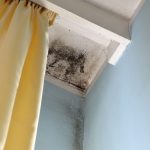