What’s All the Fuss About? A Naturopathic Approach to the Fussy Baby

In Part 1 of this article, I discussed quantifying normal infant behavior, setting families up for success using the principle of Docere. In this article, I will review interventions to consider when crying and fussing seem to be outside the range of normal.

It is distressingly common for fussy infants to be misdiagnosed with reflux. In fact, 62% of pediatricians will make the diagnosis of gastroesophageal reflux disorder (GERD) when presented with a crying baby.1 From 2000 to 2005, the diagnosis of GERD in infants less than 12 months old rose from 3.4% to 12.3%.2 Most disturbingly, almost 10% of all infants born in 2010 were prescribed the medication lansoprazole (which is not actually approved for use in children under the age of 1)3 despite multiple systematic reviews of randomized controlled trials demonstrating no beneficial effect on infant crying and irritability.4 Additionally, these medications may be causing harm by increasing the risks of lower respiratory tract infections, gastritis, and celiac disease, and interfering with nutrient absorption. 5-8 The evidence-based medicine resource, UpToDate, currently recommends cautious use of proton pump inhibitors in infants, and only after a 2-week trial of dairy elimination and other conservative measures.

As naturopathic physicians, we have much to offer colicky babies and their families.

The Impact of Colic

According to the ROME IV criteria, colic is defined as:

This is a departure from the prior ROME III definition, which was based on Wessel’s Rule of 3s and defined colic as crying that lasted longer than 3 hours, 3 days a week, for longer than 3 weeks. The new criteria are less concerned with total amount of crying time and more focused on care provider experience that the crying seems to be without cause and does not respond to typical comfort measures.

Researchers have found that colic affects 1 in 5 families and leads to approximately 20% of pediatrician visits in the first few months of life. Babies with colic are at a higher risk of shaken baby syndrome and other forms of physical abuse. Mothers of colicky babies are at a higher risk of postpartum depression and feelings of guilt and frustration, and are more likely to discontinue breastfeeding and introduce solid foods earlier than recommended. Additionally, children with a history of colic are more likely to display hyperactive behavior and go on to develop abdominal pain and migraines.10

While the pathophysiology of colic is unknown, it is likely to be multifactorial. Disturbance of the microbiome, gastrointestinal inflammation, nervous system dysregulation or overstimulation, and food allergies, intolerances, and sensitivities should all be considered.

A recent review found that babies with colic typically have higher levels of Proteobacteria and lower bacterial diversity in their gut microbiota when compared with their unaffected counterparts. Additionally, colonization levels of Bifidobacterium and Lactobacillus species were inversely related to the amount of crying and fussiness observed in newborns.11 Levels of calprotectin, an inflammatory marker found in the stool, have been found to be twice as high in infants with colic.12

Infants born via Cesarean section, mothers who took antibiotics during pregnancy or delivery, thrush in either mom or baby, persistent diaper rash, and significant cradle cap may all be indicators of possible dysbiosis. In these cases, probiotics for both mom and baby can be helpful. In fact, there is compelling evidence for the use of Lactobacillus reuteri DSM 17938 for both prevention and treatment of colic. In 1 study, prophylactic treatment with L. reuteri resulted in less crying and reflux; probiotic-treated children also had 44% fewer medical visits for gastrointestinal symptoms, 71% fewer emergency department visits, 82% fewer lost parental work days, and markedly less use of either prescription or over-the-counter pharmacologic interventions.13 In a meta-analysis that included 6 randomized controlled trials, L. reuteri supplementation was associated with a reduction in crying time of 55.8 minutes per day in colicky breast-fed infants.14 In addition, treatment with L. reuteri has been correlated with reduced levels of calprotectin levels.15

Food reactivity should always be considered with a fussy infant, especially if there are concurrent symptoms of congestion and eczema. The most common offender is dairy, with allergy to cow’s milk protein affecting between 3% and 10% of all infants.16 A 2-week trial removing dairy from a nursing mother’s diet, or replacing cow’s milk-based formula with hydrolyzed formula, is a good first step. Because there is significant cross-reactivity between dairy and soy, soy formula is no longer recommended and mothers should also consider eliminating soy from their diets. Interestingly, even beef can be a trigger in infants with cow’s milk protein allergy.

A more comprehensive elimination diet may be considered if no change is noted with the removal of cow’s milk and soy. One study demonstrated that breastfed infants whose mothers excluded cow’s milk, eggs, peanuts, tree nuts, wheat, soy, and fish for 7 days cried and fussed 21% less during a 48-hour period than babies whose mothers continued to eat these foods, and twice as many babies of mothers on the restricted diet had crying reduction (74%) compared with controls (37%).17

However, a family’s ability to successfully implement dietary change should always be evaluated. This can be an extremely stressful intervention for parents with a new baby. I always recommend as little dietary restriction as possible and follow closely to make sure macronutrient needs are being met. Be aware of potential impacts on mental health and milk supply whenever recommending dietary changes.

A short-term lactase deficiency paired with higher levels of lactose in dairy formula or higher lactose content in the breast milk of mothers with oversupply issues is a factor in approximately 30% of infants with colic. These infants often have other symptoms, such as rash, increased flatus, and explosive, green, mucusy stools.18 Administration of an over-the-counter lactase enzyme designed for infants can provide great benefit for this subset of infants.

Supporting maternal digestion is another approach that can be helpful, especially if the mother has a history of digestive disorders. In addition to naturopathic basics, I have found the addition of 8x Pancreatin enzymes to be quite beneficial.

Herbal medicine is a wonderful tool and is can be used in effective interventions for colic. A meta-analysis of 3 studies found that preparations containing fennel were associated with an average reduction in daily crying-time of 72.1 minutes.6 Dr. Aviva Romm, renowned herbalist and midwife, recommends a tincture of equal parts Matricaria recutita (chamomile), Foeniculum vulgare (fennel), and Melissa officinalis (lemon balm), dosed at 3-5 drops to baby before each feed. Teas can be used as well, with a caution not to give in volumes high enough to displace nutrition; 5-15 ml before feeding should be sufficient.

Another of my first-line therapies is Dr Sunita Iyer’s Famous Paste, made with equal parts infant specific probiotics, plant-based digestive enzymes, and deglycyrrhizinated licorice powder. The caregiver can dip a clean finger into this mix prior to feeding and administer to the baby before feeding. The goal is to give about 1/8 teaspoon of the mix 3-6 times day.

As discussed in Part 1, creating a soothing environment with decreased stimulation is beneficial for colicky babies and their caregivers. Strategies including stress management, proximal parenting and baby wearing, getting outside, and limiting visitors and errands can all be helpful. Infant massage can decrease both the severity and duration of crying.19 I recommend using castor oil and focusing on I Love You strokes on the abdomen. There are many online videos demonstrating this technique. One drop of lavender added to 1 tablespoon of carrier oil is a nice addition and has the added possible benefit of preventing depression and anxiety in mom.20

Working with infants and their families can be challenging, but it is incredibly rewarding work. By welcoming fussy babies into our practice, we have the opportunity to dramatically change the health trajectory of the entire family by educating and introducing the principles of naturopathic medicine. 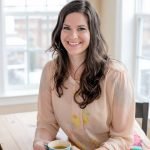 Dr. Caitlin O’Connor provides Naturopathic care with a focus on women’s and children’s health. She pairs a philosophy of patient-centered, whole body, individualized care with an emphasis on nutrition, botanical medicine and a balanced approach to healthy living.  She practices in Denver, Colorado, where she has been active in the political process regulating naturopathic doctors.  She graduated from Bastyr University in 2008 with a Doctorate of Naturopathic Medicine and a certificate in Naturopathic Midwifery.  In addition to teaching at the Nutrition Therapy Institute, she has presented for both lay and professional audiences including the Colorado Midwifery Association and the Colorado Association of Naturopathic Doctors.   In the clinic, she strives to provide skilled, compassionate guidance with a focus on optimal patient outcomes. At home, she tries to be a centered and present mother, a caring partner and good friend to both herself and others. 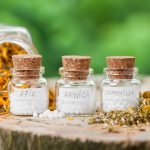 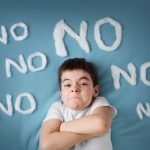