Vanessa is a pleasant easygoing 33-year-old secretary. She first presented early in 2000 complaining of a very severe irritable bowel syndrome. It had been ongoing for about 3 years at the time.

Generally, the pain will hit in the morning. It takes her breath away and then goes briefly. It is so intense, she may fall to the floor or experience faintness. It is always a lower left quadrant pain. The pain is accompanied by a gurgling gassiness and bloat that ultimates in diarrhea.

The pain itself feels as if stabbed with a knife. Sometimes it is more needlelike or can be cramplike. She must double up. There is sweating, shaking, and nausea. It feels as if there is a plug in the rectum and pressure just builds behind it. Once the plug is gone, the diarrhea comes, and the relief occurs. Chills follow the diarrhea.

Vanessa’s maternal side has a strong history of bowel issues. When I queried her about stress, she just slowly sat back and broke a small mischievous smile: “Where I work the stress is very high.”

I asked specifically for the nature of life around the onset of this issue. Vanessa replied: “The stress was building day by day. I was getting ready to blow up at my boss but was switched out of the department. Still, I always wait for someone to explode and hope it’s not directed at you. That boss was very abusive. I would constantly be on edge waiting for the explosion. When he does explode, it is such an embarrassment. You get treated like a child. You feel 1 in tall.” (Note the remarkable similarity of the emotional process to the physical complaint that imprinted itself on the vitality of this person.)

Vanessa reported premenstrual irritability. Her menses are associated with some craving for chocolate and salt. There is burning heat of the feet before and during the menses in the evening and at night.

When asked about her appetite, she said: “I eat small amounts frequently. If I miss a meal, 2 hours later there will be a headache.”

As for her body temperature, she said: “I am always cold. Warmer with menses. I like fresh air.”

She revealed a mild fear of thunderstorms when asked about her relationship with nature. She described herself as quiet and moody and will go off to a corner if upset and want to be alone.

She loves to travel. Other characteristics she reported were closet romantic/sentimental, restless/worrier, and calm/homebody. She said: “If angry, I can be bitchy and snap or turn to a block of ice and say nothing.”

She loves being around animals and with family and friends, is sensitive to music, is intuitive, and hates 2-faced people, indecision, and incompetence. She can hold a grudge.

For me, the most striking element was the sensation of a plug before the diarrhea, so my first consideration for study was between sulphur, phosphorus, and aloe. The thermal profile of sulphur is not here. The thirst of phosphorus is absent, although a case could be made in general, especially in view of the love of animals.

From the Homeopathic Repertory Section on Bell’s Diarrhea

Sensation of a plug wedged between symphysis pubis and coccyx: Colic: Burning heat and prickling in the intestines: Pain around the navel: Much flatus: Rumbling of flatus: Twisting and griping pain in upper abdomen and around navel, relieved by bending double: Great cutting, griping, excruciating pains in right and lower portion of abdomen: Rush of blood to the head.

Excitability. Vehemence. Pale, sallow or changeable color of the face, with sunken eyes and blue rings around them. Tongue dry; white; clean; moist and cracked. Red, dry streak down the middle of the tongue. Canine hunger at night, with great weakness if not gratified. Loss of appetite. Thirst, with desire for very cold drinks, especially at night, for something refreshing. Taste sweetish; saltish; sour; bitter after eating. Vomiting of what has been drunk as soon as it has become warm in the stomach. Vomiting relieved for a time by ice or very cold food or drink. Burning in the stomach. Heartburn. Rising up of hot, sour ingesta. Abdomen swollen. Weak, gone feeling in the abdomen, with burning between the shoulders. Abdomen very sensitive painful to touch. Rolling and rumbling in abdomen during and after drinking. Fetid flatus. Anus constantly open. Burning of the palms of the hands.

This study shows that the plug is more characteristic of aloe. Phosphorus seems to have prominently an open sensation and thirst. A dose of Aloe 200C was prescribed and was to repeated at the first sign of an attack.

Ten years have passed. Initially, these attacks were daily. The remedy is still used with the same instructions. Vanessa is using Aloe CM these days but only about once per 1 to 3 months. She is still working at the same place, very stressful.

Joseph Kellerstein, DC, ND graduated as a chiropractor in 1980 and as an ND in 1984. He graduated with a specialty in homeopathy from the Canadian Academy for Homeopathy. Dr. Kellerstein’s mission is the exploration of natural medicine in a holistic context, especially homeopathy and facilitating the experience of healing in clients. 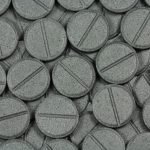 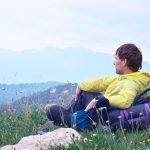