Getting Closer to the Why: Establishing The Role of Inflammation in Interstitial Cystitis

Though mechanisms have been provided for interstitial cystitis/bladder pain syndrome (IC/BPS), a clear pathoetiology has evaded this diagnosis. Excess mast-cell activation, presence of antiproliferative factor (APF),1 and glycosaminoglycan deficiency provide a “how” but not a “why” for patients suffering from this condition.2

A central theme of inflammation – and, as we will see more in this article, systemic inflammation – may help us better understand and care for the patient who presents with pelvic discomfort and urinary dysfunction.

One indicator of a systemic problem is the correlation between interstitial cystitis and cardiovascular disease. We now know that women diagnosed with IC have a significantly increased incidence of ischemic stroke 3 years after diagnosis. This finding (hazard ratio, 1.52) was evident even after adjusting for hypertension, diabetes, coronary heart disease, atrial fibrillation, hyperlipidemia, and chronic kidney disease.3 Another study found that IC/BPS patients have a greater prevalence of hypertension, congestive heart failure, cardiac arrhythmias, stroke, and ischemic heart disease.4

Researchers point to a cycle of inflammation that becomes self-perpetuating5 and which can be considered systemic.6 Patients with IC/BPS have significantly higher C-reactive protein levels compared to controls.7 Since inflammation is primarily caused by the body’s immune system, immune support and regulation should be an important part of IC/BPS treatment. Additionally, women coming into the office with a complaint of IC should be advised to undergo counseling for heart disease prevention.

Beyond the Symptoms: Immune Support for IC

Several examples point to the beneficial effect of immunoregulation for interstitial cystitis. To start with, it helps to ask ourselves why amitriptyline, a tricyclic antidepressant, is the most commonly prescribed medication for IC.8

Tricyclic antidepressants have a powerful effect on systemic serotonin and norepinephrine activity. Serotonin is one of the ways the body regulates immune-mediated inflammation.9,10 Though the evidence is mixed, antidepressants have been found to be beneficial in heart disease, and adherence to antidepressant therapy may lead to a lower risk of hospitalization from coronary artery disease-related incidents.11 Some inflammatory mediators may be suppressed by antidepressant therapy,12 indicating again that targeted immune support is key in addressing the many facets of inflammation that promote IC/BPS.

Secondly, nutrient therapy is a key consideration in the treatment of IC. Pelvic floor disorder13 and pelvic pain14 are associated with a deficiency of vitamin D, a known immunoregulatory hormone. Animal models have demonstrated that vitamin D supplementation reduces inflammation in IC.15

Low dietary intake of glucosamine and chondroitin can lead to deficient levels of glycosaminoglycans (GAGs). These proteins are precursors to GAG formation and can be found in the cartilage of animals and seafood. Bone broths and seafood broths containing cartilage or shells are rich sources of both glucosamine and chondroitin. Vegetarian patients are thus more likely to be deficient in these special proteins and may require supplementation. GAGs have been found to reduce bladder permeability and local inflammation.16

Lastly, lifestyle factors must also be assessed. Poor sleep patterns and lack of melatonin may play a role in IC. Animal studies have shown a beneficial effect on bladder symptoms and inflammation with melatonin supplementation.17 Sleep apnea has also been correlated with a diagnosis of IC/BPS.18 And, of course, we are all familiar with consistent daily exercise as a panacea against inflammation anywhere in the body.

We still have not yet arrived at the “why” of interstitial cystitis, but we are closer. The evidence is clear that a larger theme is present. Systemic inflammation and especially cardiovascular risk factors are an important part of the pathology. Clinicians can use this information to better serve their patients by seeing the whole-body pattern of dysfunction. 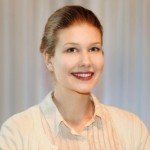 Anne Williams, ND, LAc, graduated from Bastyr University with a doctorate in naturopathic medicine and a master’s degree in acupuncture. Following graduation, she completed a 2-year fellowship in naturopathic family care at Inner Source Health in New York City. Dr Williams has experience with a wide variety of conditions. Her priority is to see the whole person and use both naturopathic medicine and TCM to help her patients achieve not only freedom from pain, fatigue, and other physical symptoms, but also freedom to thrive and live life to the fullest. Dr Williams sees patients at her private practice, Rochat Holistic Health, in NYC’s West Village. 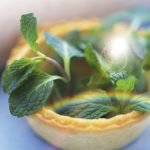 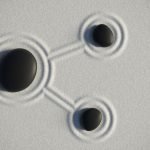