Interstitial Cystitis and the Autoimmune Connection

Interstitial cystitis (IC) is a chronic, debilitating, multifactorial syndrome characterized by excessive urgency and frequency of urination, suprapubic pain, dyspareunia and pelvic pain along with negative urine cultures. The course of the disease is usually marked by flare-ups and remissions. IC generally persists throughout the patient’s life. On clinical evaluation, patients presenting with IC should have no other definable pathology such as urinary infections, carcinoma or radiation-induced cystitis (Metts, 2001). This symptom complex has also been referred to as painful bladder syndrome, leaky bladder syndrome and irritative bladder syndrome (Marshall, 2003).

Most patients will consult at least five physicians, including psychiatrists, over a period of more than four years before IC is diagnosed (Metts, 2001).

While the exact cause of IC is not known, it is most likely related to autoimmune and allergic etiologies. Numerous studies have demonstrated that symptoms originate from a defect in the glycosaminoglycan (GAG) component of the layer of mucin that covers and protects the bladder urothelium. This breakdown of the bladder protective layer leads to a hyperpermeable bladder wall, stimulation of pain receptors and inflammatory symptoms (Marshall, 2003).

Stress is also known to contribute to symptoms. Patients may report vasodilation, flushing and itching and general skin hypersensitivity in the genital area, upper thighs and abdomen. Corticotrophin-releasing hormone (CRH) secreted from non-CNS sites has proinflammatory actions that may be mediated via mast cell activation. Mast cells are also involved in autoimmunity (Sant et al., 2007). Mastocytosis has been reported in the bladders of 30%-65% of patients with IC. Further evidence of mast cell involvement comes from increased levels of histamine in bladder wall epithelium in IC patients (Marshall, 2003).

IC has the classic picture of autoimmune disease: symptom chronicity with exacerbations and remissions, organ-specific and non-organ-specific mononuclear cell infiltrates, the lack of a clearly defined pathogen and response to steroids or other immunosuppressants (Metts, 2001).

IC was first reported in 1915 when GL Hunner described two patients with “a rare type of bladder ulcer in women.” Researcher G.M. Fister, MD was among the first to demonstrate a link between autoimmune disease and IC in a patient with systemic lupus erythematosus (SLE). He suggested that patients with IC shared a clinical picture with autoimmune connective tissue disease (Fister, 1938). A 1983 study by Orth et al. confirmed Fister’s findings, and the term “lupus cystitis” was introduced (Orth et al., 1983). Histologically, no immune deposits of IgG, IgA, IgM or complement C1q were found in the mucosa and perivascular regions of urinary bladder specimens (Shibata et al., 2004).

On the basis of their findings, they stated that it seems probable that IC “belongs to the group of autoimmune diseases that lies between organ-specific and non-organ-specific systemic diseases. The disease is confined to one organ, but the tissue antibodies are non-organ-specific” (Jokinen et al., 1972).

A familial predisposition to IC was proposed after a report of IC in monozygotic female twins and a mother and daughter (Oravisto, 1980). A study by Christmas and Bottazzo demonstrated that IC is associated with HLA-DR6, and the allele seems to convey a relative risk factor of 4.91. There was evidence of HLA class I inappropriate hyperexpression in the urothelial cells; however, the most striking difference between the bladder tissue of IC patients and the normal control group was that the expression of HLA-DR molecules in the urothelium cells was positive for all three antibodies used in the study. In addition, large numbers of infiltrating cells expressing HLA class II CD3+T cells were evident within the submucosa. This class II expression along with class I hyperexpression in the urothelial cells allows them to activate CD4+ and CD8+ lymphocytes, which appear to be the main effector in the mechanism in destruction of the urothelial cells in IC (Christmas and Bottazzo, 1992).

When considering an autoimmune etiology, an effective approach to treatment must address symptom relief, tissue repair and immune function.

Botanical methyl donors such as onion and garlic have an anti-inflammatory and analgesic effect on damaged mucosal lining (Hudson, 2001) – again, only if tolerable by the patient.

Other herbs to consider are: 1) Those in the demulcent family for their ability to protect and soothe the damaged mucosal lining, such as Ulmus rubra, Althaea officinalis, Avena sativa, Symphytum officinale or Zea mays; and 2) anti-spasmodics for pain relief, including Viburnum opulus, Dioscorea villosa and Piscidia piscipula.

Proteolytic enzymes taken on an empty stomach provide a dual function in their ability to balance the immune system and act as a potent anti-inflammatory.

Patients should be willing to commit to a treatment program of a minimum of 3-6 months, with some level of symptom relief within the early stages of their protocol. An autoimmune approach to treatment must address inflammation, oxidative damage as well as modulation of the immune system. Therapy specific to IC includes healing of the bladder wall, histamine inhibition and anti-spasmodics for pain relief. 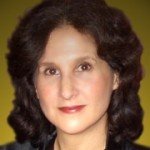 Arlene B. Donar, ND earned her naturopathic degree from the University of Bridgeport College of Naturopathic Medicine. She is board certified and licensed as an ND in Connecticut. Dr. Donar also holds a Master of Arts degree in speech and language pathology, and has worked as both a private consultant and adjunct professor in speech communications. Dr. Donar is the former medical director of the supplement manufacturer Heartguardian. She maintains a private practice in Manhattan, working primarily with clients with chronic health conditions, and lectures locally on prevention and treatment of disease using botanical medicine and clinical nutrition.

Autoimmunity and the Role of Women’s HormonesAutoimmune/Allergy Medicine, Women's Health 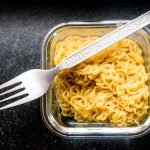