The door was opened a crack and I peered in. Bending over the toilet, I saw Mac, vomiting. I open the door completely and Mac glared up at me. “What are you doing here? Why didn’t you call?” she demanded. I just stood there and stared at her. I couldn’t believe it. I missed all the signs. Her sudden and constant obsession about all the food she ate, the diets she was on, her mood swings. Why didn’t I see it before? My best friend Mac was bulimic.

The case described is common and can happen to anybody, not only to teenagers, and to men and women alike. Our society today radiates the idea that being thin is a desirable attribute. One glance in a fashion magazine, one peek at an advertisement or a viewing of a show, and you can see that being slim is everything. The media supplies us with methods of weight loss and weight control, but in reality, only a small percentage of people can actually achieve their goal to slim down. Why? Alongside all these weight loss/weight control messages are ways to enrich your life with delicious desserts and “have your cake and eat it too” recipes. The result of all this: more and more people are turning to improper ways to lose weight. About 70% of women have reported that they are unhappy with their bodies. In addition, most of these women have already tried to diet. Many people develop bad eating habits and those bad habits can quickly escalate into extreme eating disorders such as anorexia or bulimia.

Bulimia is a psychological eating disorder. Approximately 10 percent of North Americans are bulimic, most being between the ages of 15 and 25. Bulimia is often characterized by periods of binge eating three to four times more than normal, followed by purging or other inappropriate methods of weight control like vomiting, fasting, enemas, excessive use of laxatives and diuretics, or compulsive exercising. People binge eat due to depression, stress, self-esteem issues, relationship problems, or lack of love. After an episode of binging and purging, they feel guilty at the amount of food they’ve consumed and use inappropriate means to control their weight. This cycle is often repeated and becomes more frequent.

People with bulimia often look like normal people with normal weight. Bulimics are very secretive about their condition and oftentimes don’t want to admit that they have a problem. So how can one tell if a person has bulimia? Some common signs that people may be able to pick up on are if the individual has a low self-esteem, social withdrawal, feels fat when their weight is normal, wants to be perfect, is intolerant of others, is unable to concentrate, frequently uses the bathroom after meals, and goes through depression or mood swings.

The effects of bulimia can be long lasting, but fortunately bulimia can be overcome. There are two stages of treatment, the first being psychological treatment. Treatment for any bulimic should focus primarily on balance of the individual, both physically and emotionally. First, we focus on the emotional balance. Emotional balance is restored by increasing love in their life; getting the person with the people they love most, even pets. Bulimics do not open up to others easily and the task of approaching others may seem difficult. To help the bulimic, a homeopathic remedy should be given: aurum (for depression), nat mur (for relationship problems), or carcinosin (for perfectionism). The balance of the physical body is achieved by using the electrodermal screening. In using this machine we can see what is out of balance in the body. For example, if it were the pancreas, then to balance the system we give the homeopathic Unda 34 to balance the sugar cravings. If the menstrual cycle is 21 days, we can lengthen the cycle to 28 days with herbs and homeopathic remedies. Remedies are not the only way to heal the body. The use of essential oils, such as Young Living Essential Oils can come in great use: Valor (for self-confidence), Brain Power (concentration); Release (for guilt and forgiveness), Frankincense, Idaho balsam, Joy, and Rose (for depression).

The purpose in treating the emotional aspect of the bulimia first is to raise the individual’s confidence and self-esteem. Spending time with family and friends can help since the individual feels that they are more loved. Reconnecting themselves to the world that they live in instead of running away from their problems is a very important part of recovery. The individual can sit and talk with family or friends, go out for coffee, watch a movie, or do other things that they like to do for fun with others. After 3-4 months of self-esteem boosting and balancing, the individual can be treated for bulimia by asking him or her to reduce the number of bulimic episodes gradually.

Lastly, we work on treating the bulimia with visualization. There are several visualizations, but there are four that are found to be most useful. The best visualization is the Lightning Bolt. This visualization is used to get rid of an overload of the nervous system. If the body is compared to a computer, and the computer got hit by lightning, its system would crash. In order to restore the computer back to normal, it would have to be “rebooted”. With bulimics, this visualization burns and eliminates their current way of thinking and resets their mind. In order to do this visualization, the person must imagine that a lightening bolt is striking them on the top of their head and that it rips through the body, lighting up the entire nervous system. Visualize intense pulses of energy down the spine and branching until they reach the smallest nerve endings. The visualization destroys the past problems: relationship, low self-esteem, and lays the groundwork for conscious growth. This leads to normalcy and the problem with bulimia dissolves away and, ultimately, the individual becomes balanced.

The Roots visualization helps to connect to the universe and it enlarges the aura. The Roots visualization is just to imagine that the body is like a tree and there are roots that ground the feet. The roots reach down to the middle of the Earth, drawing warmth into the body. The energy balls visualization supplies the body with extra energy to detox. This is achieved by breathing in and imagining that good, healing energy is being breathed in, and exhaling with all the negative energy in the body. The Waterfall visualization’s intentions are relaxation and cleansing. Imagine the body being washed and cleansed by a waterfall, pure water cleansing every cell inside and outside the body. Imagine the peace of the sound of the waterfall and the relaxing water washing over the body.

Visualizations are not the only ways to treat bulimic patients. The trick is to find a method that takes the bulimic’s mind off the problems that cause them to turn to their bulimia. Another way is by using the Emotional Freedom Technique (EFT). EFT is a psychological acupressure technique that is used to optimize emotional health. The use of EFT and the posttraumatic stress technique is to help neutralize depression, anxiety, phobias and panic.

Bulimia is a difficult disorder to treat, but with patience, understanding and love, bulimia is treatable. Every bulimic has his or her own problems which means they all have their own way to heal. The best way to treat them is to find out what affects them the most emotionally and start treating the big concerns first. 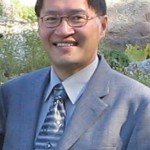 Dr. Eugene Quan is a Naturopathic physician and pharmacist. He makes suggestions combining his knowledge of both conventional and complementary medicine. He is also a Reiki Master and a Qigong instructor. Dr. Quan brings an ability to listen from the heart creating a sacred, caring space for healing to begin. His gentle, compassionate approach helps clients feel relaxed and comfortable. 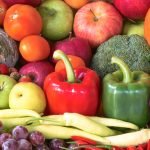 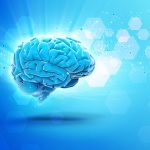