Estrogen effects are mediated through 2 different estrogen receptors (ERs), ERα and ERβ.1,2 Both receptors are widely expressed in various tissue types. However, there are some notable differences in their expression patterns.3-5 Estrogen receptor α is found in endometrium, breast cancer cells, ovarian stroma cells, and the hypothalamus. In males, ERα protein is found in the epithelium of the efferent ducts. Expression of ERβ protein has been documented in kidney, brain, bone, heart, lungs, intestinal mucosa, prostate, and endothelial cells.

In the prostate, ERβ is highly expressed in the epithelial compartment, where it is the prevailing isoform. A recent study9 showed that increased expression of ERα is a negative prognostic predictor in human prostate cancer. Another study10 found that ERβ-activated apoptosis in benign hyperplasia and cancer of the prostate is androgen independent and is mediated by tumor necrosis factor.

In healthy colon mucosa, ERβ is the prevalent receptor subtype expressed, while ERβ expression is considerably reduced in colon tumors.11,12 It is possible that compounds that promote expression and activation of ERβ signaling in the colon may help to reduce the incidence of colon cancer.13

It has been proposed that ERβ-selective agonists might be a safer alternative for long-term hormone therapy.16 This is based on observations that ERα promotes proliferation of breast cancer cells, whereas ERβ acts as a tumor suppressor, and that both forms are effective in transcriptional repression of inflammatory genes responsible for osteoporosis.

Various ligands differ in their affinity for α and β isoforms of the ER.17,18 While 17β-estradiol binds equally well to both receptors, estrone selectively activates ERα at a ratio of 5:1, and estriol binds to ERβ at a ratio of 3:1.

In contrast to the selective ERα binding by other estrogens, the unique ability of estriol to bind to ERβ imparts to estriol a potential for breast cancer prevention. Other estrogens would be expected to promote breast cancer.

Acting alone, estriol is a weak estrogen, but it functions as an antiestrogen when administered with estradiol. Estriol competitively inhibits estradiol binding and inhibits activated receptor binding to estrogen response elements, which limits transcription.19

Dehydroepiandrosterone (DHEA) binds to ERα and ERβ, with Ki values of 1.1 and 0.5 µM, respectively. Despite the similar binding affinities, DHEA showed preferential agonism of ERβ, with a half-maximal effective concentration of approximately 200 nm and maximal activation at 1 µM. With ERα, 30% to 70% agonism was found at 5 µM, depending on the assay.21

In the prostate, ERβ is highly expressed in the epithelial compartment, where it is the prevailing isoform. 5α-Androstane-3β,17β-diol (3β-Adiol) inhibits the migration of prostate cancer cell lines via ERβ activation.22 In addition, 3β-Adiol activates ERβ.23,24 Furthermore, 3β-Adiol binds to ERβ but not to androgen receptors.25

A 1960 article published in Cancer, however, showed that 3β,17β-androsanediol (diacetate) was as effective as testosterone propionate in breast cancer suppression.27 Although this may be a synthetic compound (drug) that is similar but not identical to 3β-Adiol, the results are very promising.

Phytoestrogens are plant-derived diphenolic or polyphenolic compounds that are structurally similar to estrogens and thus induce estrogenic responses in mammals. It was reported more than 10 years ago that phytoestrogens can bind and activate ERs.28 Of particular interest is that many phytoestrogens bind with a higher affinity for ERβ compared with ERα.13

Liquiritigenin, an active component of licorice, is the most active estrogenic compound from the root of Glycyrrhizae uralensis Fisch. A 2008 study29 showed that liquiritigenin activated multiple ER regulatory elements and native target genes with ERβ but not ERα.

A recent study30 showed that Trifolium pratense supplementation increased expression of ERα in the endometrium without increasing cell proliferation. In the same study, Cimicifuga showed the lowest expression of ERα compared with a placebo group. This suggests an inhibitory effect of Cimicifuga extract on endometrial proliferation similar to selective ER modulator activity. The authors proposed that combined use of T pratense and Cimicifuga racemosa extracts could be a therapeutic approach to menopausal symptoms. This may provide endometrial protection via synergism between these herbal extracts, with benefits in different tissues (vascular endothelium, bone, skin, and lungs) mediated by Trifolium isoflavones, while hypothalamic activity of Cimicifugacould reduce vasomotor symptoms.

Equol (4′,7-isoflavandiol) is an isoflavandiol metabolized from daidzein, a type of isoflavone, by bacterial flora in the intestines. Only about 30% to 50% of individuals have intestinal bacteria that produce equol.31,32

While endogenous estrogenic hormones such as estradiol are steroids, equol is a nonsteroidal estrogen. It may have beneficial effects on the incidence of prostate cancer and on physiological changes after menopause.33-36

Twenty-eight Japanese healthy volunteers (18 equol producers and 10 equol nonproducers) aged 30 to 59 years were given soy isoflavone (60 mg daily) supplements for 3 months.40 After 3-month supplementation, the serum levels of sex hormone–binding globulin had significantly increased, while the serum levels of free testosterone and dihydrotestosterone had significantly decreased. The authors suggested that equol nonproducers could become producers by prolonged soy isoflavone intake.

Dr. Ron Steriti, ND, PhD, is researcher for Dr Jonathan V. Wright of the Tahoma Clinic and Meridian Valley Labs in Renton, Washington. He is a graduate of Southwest College of Naturopathic Medicine and has a PhD in electrical engineering from the University of Massachusetts at Lowell. 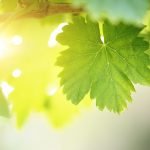 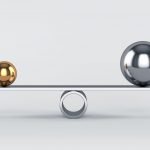 Achieving Balance in the ThyroidEducation, Endocrinology