The Apiaceae family plants have photosensitizing effects because of a certain group of coumarins known as furanocoumarins. Coumarins are commonly ingested in the diet, particularly Umbel family plants frequently eaten as vegetables, including carrots, celery, parsnip, and parsley. It has been noted that persons with high physical exposure to the plants, such as celery or bergamot pickers, develop dermatitis associated with sun exposure. Records of Egyptian and Ayurvedic traditions dating back to before 1000 bc mention the use of plants that we now know to be high in coumarins for treatment of skin diseases.

The “angular furanocoumarins,” such as athamantin and simple coumarins (umbelliferone), show no phototoxic effects. The “linear furanocoumarins” show significant phototoxic effects in the following order: psoralen, bergapten, peucedanin, and xanthotoxin.1,2 The linear furanocoumarins are also sometimes referred to as furanochromones, as they are often pigmented. Like pigments, furanochromones are able to absorb UV radiation.3 Some research has suggested that furanochromones form photoadducts with DNA of microbes and thereby are able to kill pathogens.4 These photoadducts may also lead to stimulation of dermal cell activity and may be used to treat dematoses, such as recalcitrant psoriasis and vitiligo. Other research suggests that furanochromones can reduce adenylate cyclase activity when excessive, such as by pertussis toxin or in cases of excessive mitosis in cancer.4

Celery and parsnips, 2 Apiaceae family vegetables that are commonly consumed, consistently contain photoactive coumarin compounds, particularly xanthotoxin and bergapten.5 Because the amounts are small, consumption of reasonable dietary amounts of these vegetables rarely causes photosensitivity. However, when these compounds, particularly psoralen, are isolated and applied topically to the skin, significant photosensitivity results. Psoralen combined with UV radiation has been a mainstay in the treatment of psoriasis and various difficult-to-treat dermatoses,6 particularly before the advent of synthetic corticosteroids. For many decades, oral ingestion of psoralen was the main method of getting photosensitizing coumarins into the skin; however, in recent years oral medication has been replaced with psoralen baths or the application of topical creams immediately before UV light therapy.7 Because the oral ingestion of psoralen compounds at the dosages required to reach effective concentrations in the skin can cause nausea, vomiting, malaise, and headaches,8 it is important to identify which photosensitizing psoralens or other coumarins are more effective with the least adverse effects.9 Recent research has indicated that higher concentrations of coumarins in the skin are most effective in clearing chronic psoriasis.10 The dermal penetration of topically applied xanthotoxin has been investigated for such use. Xanthotoxin is reported to be reasonably well absorbed and to be retained in the stratum corneum for 24 hours.11 Although great caution must be exercised because burns and inflammation can result, topical application of coumarins in small doses and uptitration as tolerated may be effective in vitiligo and psoriasis and possibly other chronic and stubborn skin conditions. Psoralen with UV-A is also helpful for alopecia areata and somewhat for alopecia totalis.12

Chemical research into the nature of the photosensitizing effect of coumarins began as early as the 1940s in the United States. The psoralens, a subcategory of coumarins chemically considered to be furanocoumarins, were noted to be useful in treating psoriasis. Patients with psoriasis ingested psoralens for their photosensitizing effects and spent some time each day under UV light to induce a slight sunburn. This slight sunburn tends to clear psoriatic lesions and accelerate the regenerative and immunomodulatory processes of the skin. This therapy came to be known as PUVA (psoralen–UV-A) therapy. Ultraviolet A is thought to be less damaging to the skin than other frequencies of the UV spectrum, such as UV-B. PUVA therapy has also been noted to be effective for treating vitiligo, a condition where patches of the skin lose their pigment due to an underlying fungal infection or autoimmune condition affecting melanocytes within the dermis. One study showed a narrow band of UV-B to be more effective than UV-A in promoting repigmentation in cases of vitiligo.

Russian researchers noted that both the dose of the psoralen and the intensity of the UV radiation determined whether therapy was immunosuppressive to hyperinflammatory processes or was toxic to the membrane and lysed the treated cells.13 Photooxidation products with differing physiological effects resulted from varying doses and UV intensities.

Therefore, an herbal approach to treating the difficult skin conditions of psoriasis and vitiligo might include photosensitization therapy as one prong of a broader clinical approach. The photosensitizing essential oils, such as bergamot, may be put in a base of Hypericum oil and used with a sunlamp 2 or more times a day. As with the historical PUVA therapy, one might start with 5 minutes of controlled UV exposure the first day, 7 minutes the second, 10 minutes the third, and so forth, building up to 30 minutes of UV exposure a minimum of once a day, possibly 3 times daily if convenient. Some essential oil companies market bergapten-free bergamot oil to avoid photosensitizing effects, but the product used in this circumstance should contain bergapten. Daily vegetable juice consumption to increase the dietary intake of psoralens might also be used, such as a parsnip, celery, and carrot juice each day. Anise and celery seed teas may also be consumed to increase the intake of photosensitizing compounds. Essential oils of anise, celery, or other Apiaceae family plants might also be included in the formula for topical application.

Photosensitizers in the Apiaceae Family

There are more than 60 Angelica species, members of the Umbelliferaceae/Apiaceae family. This family is noted for circulatory and respiratory effects, including numerous members that also contain substantial quantities of coumarin compounds. Many Angelica species have been important herbal and folkloric medicines around the world, and various coumarin compounds have been identified as being medicinally and physiologically active, such as osthole and xanthotoxin. Animal investigations have shown that the coumarins affect calcium channel binding in cardiac smooth muscle.14

Apium graveolans (celery seeds) is another source of coumarins. These include bergapten and the coumarin glycoside apiumoside.

Photosensitizers in the Rutaceae Family

Citrus bergamia (bergamot oil) contains the furanocoumarins xanthotoxin and bergapten. Both have been well studied for their phototoxic effects.

Ruta graveolans (rue) is a rich source of coumarins. This and its high alkaloid content make rue a potentially toxic plant that is a reported abortifacient and mutagen. Rue contains the furanocoumarins bergapten, psoralen, xanthoxanthin, xanthotoxin, isopimpenilline, and rutamarin.

Hypericum as a Photosensitizer

Most readers will be aware that Hypericum is capable of causing photophobia of the eyes if ingested repeatedly in quantity and that Hypericum can cause horrendous burns if it is used topically on the skin and is followed by exposure to strong direct sun. Current research is revealing that the same mechanism responsible for photosensitivity may also lend Hypericum anticancer and antiviral properties (discussed briefly herein in the section on “Photosensitizing Coumarins and Antiviral Effects”).16 Hypericin in Hypericum is the most potent natural photosensitizer known. When rubbed into the skin, the absorption of UV light may increase dramatically so as to induce third-degree burns. The skin and eyes can also become more sensitive to light with oral ingestion if Hypericum flavonoids are consumed in quantity. As with Lomatium and furanocoumarins of the Apiaceae family, this photophenomenon may also lend Hypericum antiviral activity, as viruses can be subdued due to interactions with hypericin and viral protein as they pass through cutaneous blood vessels, close enough to the skin’s surface to be affected by UV light. Furthermore, hypericin generates large quantities of singlet oxygen and other reactive oxygen species when exposed to UV light, which is thought to be a mechanism by which this photodynamic therapy damages cells. The topical use of Hypericum oil may also be combined with UV light as a complementary therapy for psoriasis and vitiligo, taking care not to overdue the UV light or natural sunshine and cause harm. The research will be saved for a future article, but owing to these same mechanisms, Hypericum is also being explored for treatment of internal epithelial cancers where fiberoptic light can be delivered locally, such as bladder cancer and esophageal cancers.17 In fact, many cancer cell types seem to intensely take up and concentrate hypericin.18 Researchers have reported some initial success, and we can expect more investigations to be published in the coming decade. One research group has described their success with pituitary adenomas in rats using simple visual spectrum light via the eyes.19

Research published in 2008 by investigators in the Czech Republic explored the use of hypericin in nonmelanoma skin cancer cells.20 Hypericum was applied topically to actinic keratoses, basal cell carcinoma, and Bowen disease carcinoma in situ in 34 patients and covered for several hours with an occlusive dressing. Hypericum application was followed by irradiation with a quantified wavelength of light 2 hours later and repeated weekly for 6 weeks. The investigators reported that 50% of actinic keratoses, 28% of basal cell cancers, and 40% of Bowen disease lesions completely resolved visually, although some cancer cells could still be detected histologically. Nodular basal cell cancers were less responsive then other types. The researchers expressed optimism that further enhancement of the technique might yield better results or that a course of therapy for longer than 6 weeks might resolve such lesions entirely.

Psoralen and related compounds may be photosensitizing to bacteria and viruses, and plants containing these photosensitizers may be antimicrobial via a mechanism of phototoxic effects involving DNA disruption in the microbes.21 Furanocoumarins from parsley are noted to inhibit Escherichia coli via a phototoxic mechanism.22 The antiviral effects of Hypericum and Lomatium may occur owing to this mechanism, as well as the dermatitis occasionally seen with large doses of Lomatium.

Coumarins and related compounds may also have antitumor effects via a photobiological phenomenon. Research has noted that some coumarins may form adducts with DNA of tumor cells, causing an antiproliferative effect.23 The early stages of some forms of cutaneous T-cell lymphoma have been shown to respond to psoralen consumption combined with UV light exposure.24

As mentioned with the examples of Lomatium and Hypericum, many antiviral compounds from plants are noted to be photosensitizers. Furanocoumarins are believed to form adducts with viral DNA such that exposure to UV light, presumably as the virus passes close to the surface of the body in superficial cutaneous blood vessels, proves lethal to viruses.25 Some coumarins may show strong bondage or adducts, and others (such as khellin) have been found to bind weakly. Khellin has been reported to have an affinity for thymine and may form adducts with DNA via this amino acid.26 Psoralen, angelicin, and khellin have also been shown to exhibit an inhibitory effect on cyclic adenosine monophosphate phosphodiasterase, which is often overactive in cases of psoriasis.27

In addition to the photosensitizing effects, coumarins have numerous anti-inflammatory, circulatory enhancing, and hormonal effects that are too vast to fully detail in this space. To summarize effects that may benefit skin diseases, furanocoumarins in general have been noted to influence prostaglandin E2s, with imperatorin considered to be the most potent, as well as ankangelicin, phellopterin, isoimperatorin, umbelliferone, and oxypeucedanin observed to inhibit lipoxygenase activity when stimulated by prostaglandin E2.28,29 These mechanisms may also contribute to skin healing effects in cases of psoriasis and chronic inflammatory lesions.

9. Parsad D, Kanwar AJ, Kumar B. Psoralen–ultraviolet A vs. narrow-band ultraviolet B phototherapy for the treatment of vitiligo. J Eur Acad Dermatol Venereol. 2006;20(2):175-177. 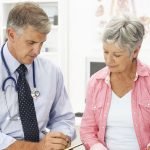 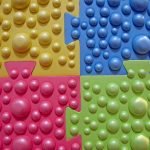