Fatigue Due to Mold Exposure: Pathophysiology

Illness resulting from mold and mycotoxin exposure is gaining more traction and attention. As the paradigm shift occurs, mold and mycotoxin-induced illness (MMII) should be brought to the forefront of clinical education, both in school curriculum and continuing education. In the busy life of the clinician, soundbites and snippets of clinical management are considered gold. The difficulty therein is that MMII is multifaceted, and, as such, comes in different forms, including allergy, infection, colonization, mycotoxicosis, and Chronic Inflammatory Response Syndrome (CIRS) – potentially in addition to other less defined clinical pictures. As a result, management of MMII cannot be boiled down into isolated soundbites, lest we aim to overstate and under-deliver, thus failing case management. A perfect example of this is fatigue as a symptom of MMII.

The definition of fatigue, although simple at face value, can be difficult to truly pin down. It can be considered a standalone symptom, and the word itself is often used interchangeably with Chronic Fatigue Syndrome/Myalgic Encephalomyelitis (CFS/ME). Although CFS may include a constellation of symptoms beyond fatigue, this can still be the sole and major symptom. For the sake of this article, fatigue as a standalone symptom will be examined. However, there are some key pieces of research that demonstrate the remarkable interplay between fatigue and mold exposure which the reader should keep in mind. A recent article, published in 2019, reported that 39.4% of CFS patients sampled reported that their symptoms of post-exertional malaise were triggered by a mold exposure.1 Moreover, another study demonstrated that 93% of CFS patients were found to have at least 1 mycotoxin in their urine, while nearly 30% of CFS patients had more than 1 mycotoxin present in their urine.2

However, correlations between fatigue and mold exposure can occur in real-world cases where CFS/ME is not the topic of investigation. A human case study of 12 people exposed to Alternaria tenuis in in their workplace reported fatigue as a prominent symptom.3 Moreover, a study of school children in Malaysia demonstrated a correlation between total fungal DNA and tiredness in 22.1% of study participants. Further regression analysis revealed positive associations between symptoms of fatigue and the presence of Aspergillus versicolor and/or the mycotoxin verrucarol.4 While there are plenty of similar pieces of research in the literature, one will be hard-pressed to find an article that goes so far as to investigate the pathophysiology of the reported fatigue. This is where in-vitro and animal studies help to fill the knowledge gap.

In the clinical setting, fatigue is a common complaint of MMII clients; however, the pathophysiology is rarely sought and thus not properly addressed. This is understandable given that clinicians are overworked, pressed for time, and concerned about insurance coverage and the patient perception of cost and value. As result, MMII clients may undergo a litany of presumptive treatments aimed at addressing fatigue, but without resolution. The result is wasted time and money and, in some cases, exacerbation of illness and potentially damaged rapport.

In order to properly treat MMII-related fatigue, one must first attempt to understand its pathophysiology. Admittedly, there numerous ways that mold and mycotoxin exposure can cause fatigue; however, the length of this article will limit us to examining the implications of decreased oxygenation, decreased mitochondrial functioning, and neurotransmitter imbalance. Decreased oxygenation can result from reduced hemoglobin levels, poor hemoglobin functionality, and compromised blood delivery. Decreased mitochondrial functioning can occur through frank mitochondrial damage, lipid peroxidation and oxidative damage, altered mitochondrial metabolism, and nutrient deficiencies.

Oxygenation that is dependent upon hemoglobin health is impacted by the nutrients iron, B12, and folate. Iron deficiency is often implicated in fatigue, and is often the first factor to be considered when fatigue is initially reported. Iron depletion occurs via 2 mechanisms in MMII. Research demonstrates that the mycotoxins ochratoxin A5 and citrinin6,7 can sequester Fe3+, thus possibly interfering with host availability. Further exacerbating hemoglobin dysfunction, fungal infections may also extract heme,8-13 from hemoglobin, thereby causing decreased functionality, damage, and potentially frank decreases in hemoglobin levels.

The interplay of iron with MMI becomes complicated with the introduction of “nutritional immunity,” which is the process by which, in the face of an infection, the host’s system will attempt to sequester nutrients in order to control the pathogenicity of an offending agent.14,15 In the case of fungal infections, the body will sequester iron, thereby removing it from circulation. As a result, it can no longer be of use to the infective agent, nor to the host. The patient may appear as iron “deficient” if total serum iron is the sole parameter examined. It is imperative that a full laboratory work-up is done in order to assess whether iron sequestration is occurring, as indicated by possible elevations in hepcidin, lactoferrin, ferritin, and haptoglobin in the face of a low serum iron.16 In these cases, it is important to identify and treat the infection before supplementing with iron, as supplementation can perpetuate fungal growth17-20 and mycotoxin production.20,21

Yet, mycotoxin effects on oxygenation via hemoglobin disruption do not stop with iron. Decreased hemoglobin may be associated with a B12- or folate-induced macrocytic anemia, arising from mycotoxin exposure. For instance, the mycotoxin deoxynivalenol (DON) interferes with absorption of 5-methylenetetrahydrofolate (5-MTHF),22 while the group of mycotoxins called “fumonisins” can hinder folate transport23 – accomplished in part by interfering with the transcription (and thus proper functioning) of folate receptors.24,25 Research also demonstrates that the ileum, which is the foci of B12 absorption in the gut, is damaged by aflatoxin,26 fumonisins,27,28 and DON.29-32 Fatigue due to macrocytic anemia is just one possible issue resulting from interruption of these nutrients; let us not forget the implications of disruption of the methylation pathway.

Nutrient levels are not the only means by which hemoglobin can be impacted by mycotoxin exposure. In animal studies, frankly low hemoglobin levels have been correlated with exposure to secondary metabolites of Stachybotrys,33 as well as exposure to other mycotoxins,49 such as ochratoxin,34-38 fusarium-based mycotoxins,39-41 fumonisin B-1,42 T-2 toxin,43 aflatoxin,44,45 and also combinations of mycotoxins.46-48 In animals, the mycotoxin sporidesmin has been shown to promote the conversion of hemoglobin to non-functional methemoglobin and, in some instances, to cause irreversible oxidative damage, as indicated by the presence of Heinz bodies.50

Decreased oxygenation via depressed hemoglobin levels or depressed functionality of hemoglobin is just one etiology of the fatigue seen with MMI. Additionally of concern is decreased oxygenation as a result of decreased blood delivery. Mycotoxins are widely known to be cardiotoxic51-68; in the cardiomyocyte, they have been shown to reduce mitochondrial functioning59,66 and disrupt calcium balance,64,67 which may potentially correlate with the findings of reduced contractility55-57,68 and reduced cardiac output.51-53,56,60,61-63,69

Mitochondria are the powerhouses of the cells; their proper functionally is imperative to healthy energy levels. Mycotoxins are known disruptors of mitochondrial functioning, as mediated by oxidative stress70-72; this can result in disruptions of membrane potential, calcium homeostasis, and enzymes such as cytochrome oxidase and NADH dehydrogenase.73-77 Moreover, mycotoxins such as ochratoxin A/B/C, T-2, citrinin, DON (and analogues), stergimatocystin, zearalenone, the aflatoxin group, the fumonisin group, beauvericin, and others are known initiators of lipid peroxidation,5,71,77,109-128 which can also injure mitochondrial functionality.

Further exacerbating mitochondrial dysfunction, the interface between nutrient status and MMII, once again presents itself. Zinc is required for proper mitochondrial functioning, and numerous mycotoxins have been implicated in zinc issues. For example, the fusariotoxin toxin T-2 interferes with zinc absorption,78 ochratoxin A causes a reduction in intracellular zinc concentrations,79 and aflatoxin exposure has been correlated with zinc deficiencies.80 Once again, nutritional immunity should be considered in the face of what appears to be a zinc “deficiency” at first glance. When the host is faced with a fungal infection, extracellular zinc is sequestered by various means, including zinc transporters and zinc-binding proteins such as calprotectin. Keeping zinc sequestered in different intracellular compartments, such as lysosomes, zincosomes, and endosomes, translates into less bioavailable zinc for the mitochondria, thus potentially interfering with mitochondrial function. As adequate zinc levelsare required for both fungal survival81-101 and mycotoxin production,102 the correction of nutritional immunity-induced zinc “deficiencies” may wreak havoc if not properly ordered with respect to infection management.

Important to the etiology of fatigue is the relationship of mycotoxins to dopamine levels. Neurotransmitter imbalances are theorized to have an impact on fatigue, particularly an increased ratio of serotonin to dopamine.103 Studies have correlated fatigue to lower levels of dopamine precursors104 and decreased basal ganglia activation.105 Some mycotoxins, able to cross the blood-brain barrier, can interfere with proper neurotransmitter production and function. Animal research demonstrates a decreased level of dopamine with DON106 exposure. Meanwhile, ochratoxin A causes depletion of striatal dopamine107 and impairment of phenylalanine hydroxylase activity,108 which may also lead to a decrease in dopamine synthesis.

The goal of this article is to remind the physician that although a patient’s symptoms may look like a deficiency-induced fatigue at first glance, there may be a deeper cause than a simple nutritional deficit. Always test nutrient status before implementing an intervention, and in instances where mold exposure is of high clinical suspicion, consider ordering urine mycotoxin testing, fungal serology, or antigen detection to assess underlying cause. For iron assessment, consider running a CBC (with MCV and hemoglobin), total iron, TIBC, transferrin, ferritin, and haptoglobin. For B12 and folate assessment, consider a CBC (with MCV and hemoglobin), homocysteine, and methylmalonic acid, at a minimum; to further assess cellular utilization, RBC folate, serum folate, and serum cobalamin may also be useful. For zinc assessment, consider zinc (serum or plasma) and alkaline phosphatase; further assessment may involve measurements of copper (serum) and ceruloplasmin.

Assessment of nutrient status, in conjunction with MMII assessment, is especially important in instances of nutritional immunity associated with fungal infection. Proper ordering of treatment is of utmost importance, as correcting a presumed “deficiency” prior to identifying and clearing an infection may worsen the patient. The difficulty, therein, is that serology and antigen detection testing for fungal infections are flawed. However, if these tests do return positive results, it is important that measures be taken to eradicate infection (potentially colonization) before correcting the “deficiency.” It is in such scenarios that it is reasonable to use antifungal interventions, which is in juxtaposition with many current practices of providing an antifungal for a positive urine mycotoxin test. The latter increases the risk of antifungal resistance and also increases the risk of mortality for millions of people worldwide each year, including immunocompetent and immunocompromised people alike. If nutrient screening does not reveal any actionable deficiencies, but there is a high suspicion or known mold exposure or elevated urine mycotoxins, consider testing for oxidative damage. Lipid peroxide testing can be accomplished via malondialdehyde, commonly referred to as a TBARS assay or lipid peroxide testing. Additional oxidative stress assessments can include 8-OH-deoxyguanosine and GGT levels. 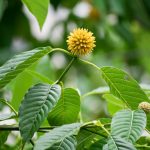 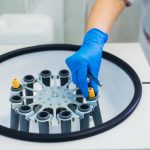