Closing the Case on Pediatric Eczema

This is a case about a 4-year-old girl who presented to my office last July. I immediately noticed a bright, personable, very intelligent young girl with a rash covering her entire body. The only areas not affected were the soles of her feet and the palms of her hands. Her mother said that she had been sensitive to all kinds of foods since birth, but that the rash worsened dramatically about 2 weeks ago after a trip to North Carolina when she woke up with a sore throat. She had a negative Strep test and was put on Zithromax. She broke out in hives after 2 days on the antibiotics. Her mother used Benadryl to get the hives down. The hives resolved but left a rash. In the patient’s past there were episodes of exposure to pollens, Zyrtec given, and the hives reappeared. Her mother brought her to me after steroids were prescribed.

Allergy testing for the patient had included Vega testing and skin testing, however no blood screening labs were performed. Her diet was limited to spelt bread, spinach, lettuce, chicken, tofu, carrots and celery. Beverages included water and soy milk. She was taking a kid’s multiple and had begun cod liver oil 5 days earlier. She was currently on no prescription medications.

As stated, upon physical exam the rash was discovered to cover her entire body. There was much evidence of excoriation and lichenification from scratching with scabs over broken lesions. The newer lesions were clusters of fluid-filled vesicles. The patient informed me they itched “really bad.” My assessment was dyshydrotic eczema and her initial treatment plan included stopping soy products, referral for a chemistry screen and CBC and to return to my clinic in 1 week. My thoughts were that in order to find the underlying cause of the rash, I needed the lab information and to make sure that soy wasn’t a causative factor. I was considering digestive support and wanted the objective evidence to confirm her need.

Two weeks after the patient’s initial office visit, I reviewed the lab reports. In my analysis of her values, I concluded that her primary health concern was an essential fatty acid deficiency with other concerns in sugar regulation and hypochlorhydria. Her immune system was also imbalanced with her WBC count slightly higher than optimal and an elevated eosinophil count.

When the patient returned to my office, I was amazed and pleasantly surprised that without any “real” treatment plan except for stopping soy products, her rash had diminished significantly. It was completely gone on her back and about 80% gone on her legs. Her face had few old scabs and no new outbreaks. Her mom did share that the little girl had gone swimming and had broken out all over, but that it had cleared up well. She also shared her concern that the patient gets really “fussy” when she is hungry.

Using the subjective information with the lab analysis, my initial treatment plan was as follows:

At one week follow-up, the patient presented with all lesions gone on the back and face with a significant decrease on the neck. The only areas in which the rash remained were her inner elbows and the backs of her knees. Her mother told me that she ate some candy at the beach and that the new vesicles came after that. This young girl has been very compliant with her treatment plan. She loves the oat bran but hates the vinegar. I switched her to an HCL supplement, titrating her up from 25mg with each meal. She was to continue the rest of her treatment plan and return in 1 month.

At her 1 month follow-up my patient is looking great and feeling great. She is sleeping better and has improved energy. She titrated up to 75mg HCL with each meal. She was compliant with the rest of her treatment plan. There was no evidence of any new lesions anywhere on her body and most of the old lesions were healed and her skin was soft and smooth.

Over the next few months I continued to see this patient for follow-up visits. Her breakouts were few and far between and were always linked with having gotten into some soy product. At this point I closed the eczema case for this bright, young girl. 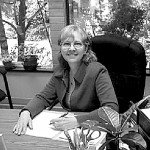 Chris Booren, ND is a naturopathic physician, certified clinical nutritionist and registered acupressure therapist. She has a practice in Portland, Oregon and you can visit her website at www.DrChrisBooren.com. 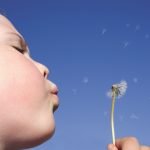 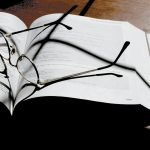