A 55-year-old female patient presented with a sharp pain in the throat area, which began in January 2016 and had lasted over 3 weeks by the time she consulted me. She had originally thought she had a sore throat. Two months before developing this pain, the patient unexpectedly gained 8-10 lb, which was unusual for her, especially given that her diet and lifestyle had not changed during that period of time.

On examination, her thyroid gland was palpable and mobile, of normal size, non-tender, and with no nodularity. No other symptoms were present.

In February 2016, her thyroid-stimulating hormone (TSH) was 16.96 mIU/L (normal: 0.32-4.00); in March 2016, her TSH was over 30 mIU/L. I suspected she had thyroiditis. Her anti-thyroglobulin (TG) and anti-thyroid peroxidase (TPO) antibodies were both positive. A thyroid ultrasound performed in March 2016 also revealed a thickened, non-homogeneous vascular gland, in keeping with thyroiditis.

The physical exam was otherwise unremarkable. The cardiovascular exam revealed a normal heart rate and rhythm, as well as normal heart sounds, with no notable murmurs or bruits. Her skin temperature and texture were normal. There was no orbital stare, lid lag, or exophthalmos. Her chest was clear on auscultation. There was no peripheral edema; her abdomen was soft, with no palpable organomegaly; and the neurological exam revealed no tremors.

The patient was diagnosed with Hashimoto’s thyroiditis. Upon my recommendation, she started taking daily doses of a compounded mixture of desiccated thyroid (60 mg), selenium (100 µg), and zinc (10 mg).

Three months after developing Hashimoto’s thyroiditis, the patient started developing restrictions in the movement of her left shoulder. This restriction ultimately progressed to a full-blown frozen shoulder. She consulted an orthopedic surgeon and her endocrinologist, who concurred that her frozen shoulder was related to the thyroiditis as well as perimenopause. She was offered a cortisone injection into the shoulder joint, which she declined. An MRI in December 2016 showed mild subdeltoid and subcoracoid bursitis and early tendonitis of the supraspinatus muscle. Mild bony edema was visible in the humeral head.

For over 12 months, the patient continued with the same compounded prescription of desiccated thyroid (60 mg), selenium (100 µg), and zinc (10 mg). Her weight remained stable and she had no symptoms of thyroiditis during this time. Her anti-TG and anti-TPO antibodies were both fluctuating, but remained high. For example, in February 2018, her anti-TPO antibodies measured 141 kIU/L (normal: less than 35), and her anti-TG antibodies measured 346 kIU/L (normal: less than 40).

In March of 2018, she was doing well, so I decided to cut her prescription of desiccated thyroid to 30 mg and monitor her TSH levels. At the same time, she also began taking an herbal prescription to modulate her allergic reaction to tree and grass pollen. This formula contained rehmannia root extract (400 mg), cordyceps (400 mg), and rosmarinic acid (200 mg), which she took twice daily. This formula may have not only moderated her T-cell activity but also contributed to reductions in her anti-thyroid antibody titers.

Two months later, the patient reported that her allergies had improved by more than 70%. She had lost 2-3 pounds without any change in diet or exercise routine, and she had no other symptoms that could be associated with abnormal thyroid function. Blood testing revealed a TSH of 4.25 mIU/L (normal: 0.32-4.00); free T4 of 11 pmol/L (normal: 9-19); and free T3 of 3.8 pmol/L (normal: 3.1-6.2). Anti-TPO antibodies had dropped to 62 kIU/L, and anti-TG antibodies had dropped to 186 kIU/L. Even though her TSH was still above optimal levels, it was decided that it was worth it to wait and see if her thyroid function could return to normal after her immune system had become more balanced.

In July 2018, her TSH was 3.95 mIU/L, free T4 was 10 pmol/L, and free T3 was 3.2 pmol/L. Anti-TPO antibodies had decreased slightly to 51 kIU/L, and anti-TG antibodies were mostly unchanged since May, at 184 kIU/L. The patient had remained symptom-free and was very happy with her progress.

At her most recent assessment on August 23, 2018, the patient reported that she had stopped taking desiccated thyroid altogether for more than 30 days. She had lost an additional 2 lb and was still free of symptoms. Her final blood work showed an anti-TPO antibody level of 35 kIU/L (normal: less than 35) and an anti-TG antibody level of 151 (still high but reduced by more than 50% over time). TSH was 2.17 mIU/L, free T4 was 11 pmol/L, and free T3 was 3.8 pmol/L.

After 2 years, the patient has regained 90% of her shoulder function. At this point, she is also off all supplements except for a multi-vitamin and she remains symptom-free. 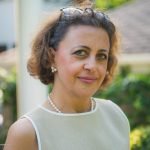 Elena Krasnov, BSc, ND, is a board-certified naturopathic doctor with additional certification in naturopathic prescribing and licensure to administer IV therapies. Dr Elena graduated from CCNM in 1990. She has received additional training in medical genetics, chelation therapy, and homotoxicology (here and abroad). She is a member of the American Association of Restorative Medicine, the Canadian Association of Naturopathic Doctors, and the Ontario Naturopathic Association. Dr Elena is recognized for her expertise in treating stress and chronic fatigue-related conditions, women’s and children’s issues; she also has a special interest in designing cancer support and prevention programs. Achieving optimum health for her patients is her #1 goal. 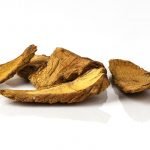