As naturopathic doctors, our treatment objectives focus on the enhancement of an individual’s vitality, quality of life, and overall well-being. It is imperative that the rejuvenation of preventative methods for structurally-damaging rheumatological conditions remains continuous. Our treatment success relies on the systemic modification of inflammatory cytokines, management of infectious processes, and correction of chronic dysbiosis. Naturopathic medicine is well suited to combat chronic disease states that may otherwise be mismanaged by a symptom-based approach. Genomic medicine is emerging in modern clinical science, serving as a pivotal role in diagnostic evaluation and remarkable therapeutic outcomes. The ecumenical emergence of single nucleotide polymorphisms (SNPs) warrants an extensive approach to integrated and functional medical guidance. Some homozygous mutations have the potential to be of grave consequence to a patient’s disease state, and are thus generally addressed with higher priority. In consideration of epigenetics, the expression of these genetic variants greatly depends upon a collaboration of influential environmental factors. For example, exposure to toxic heavy metals such as lead, aluminum, mercury, cadmium, antimony, and tin necessitates strategic treatment protocols. Numerous inflammatory biomarkers have been adopted through decades of clinical evaluation in order to monitor rheumatological disease progression.

The Expansion of Genomics

The intent of this review is to summarize an assemblage of identified genetic variants and their associations with inflammatory and degenerative autoimmune diseases. Medical researchers in 1997 published in the Journal of Clinical Sciences the discovery of genetically susceptible loci in autoimmune processes.1 Through novel genetic screening techniques and population-based control studies, genes such as human leukocyte antigen (HLA) and cytotoxic T-lymphocyte-associated-4 (CTLA-4) were found to correlate with the development of Graves’ disease and type 1 diabetes mellitus.1 Additional studies of psoriasis, rheumatoid arthritis, inflammatory bowel disease, and other non-organ-specific autoimmune diseases shed light on various loci susceptibilities.1 Researchers through the Human Genome Project documented in their April 2003 publication that our complete human genome consists of approximately 3 billion base pairs.2 Immense efforts from entities such as the National Human Genome Research Institute (NHGRI) and National Institutes of Health (NIH) have paved the way for a plethora of clinically relevant genetic information.2 Genetic variants and SNPs are becoming public knowledge as a result of DNA testing laboratories such as 23andme, Gentle, Ancestry, Family Tree DNA, Gene By Gene, and Genographic Project.

Further studies of the association between biochemical pathways that contribute to the progression of autoimmune diseases and genetically susceptible loci are needed. An autoimmune response constitutes a purposeful yet destructive momentum that is driven by an imprecise healing mechanism. As our patients seek equitable alternatives to conventional treatment options for rheumatological conditions, the principles of preventative medicine resurface. Naturopathic medical treatment aids in reducing the adverse effects of pharmaceutical drugs, as well as reversing the course of chronic disease.

The Search for Rheumatologic Markers

Tumor necrosis factor inhibitors (anti-TNFs), such as etanercept, infliximab, and adalimumab, are anti-rheumatological agents used as alternatives for disease-modifying anti-rheumatic drugs (DMARDs). Genetic researchers in 2010 identified 18 SNPs on 11 genetic loci associated with susceptibility to rheumatoid arthritis (RA).3 The TNFAIP3, STAT4, TRAF1-C5, IL2 and IL21, PRKCQ, KIF5A, CD40, CCL21, CTLA4, AFF3, and CD226 genes were included in the cohort study.3 However, under their additive model, only the AFF3 and CD226 SNPs correlated with a statistically significant response to anti-TNF treatment.3 In a similar study from 2009, the 18 RA-affiliated SNPs affecting the function of class II region of the major histocompatibility complex (MHC Class II), the production of cyclic citrullinated peptides (anti-CCP antibodies), and rheumatoid factor (RF) immunoglobulin auto-antibodies were tested.4 Three genetic variants – AFF3, CTLA4 and IL2/21 – were positively associated with RA, with AFF3 being the only SNP without contribution to other autoimmune conditions.4 Acknowledgement was also given to genetic loci implicated in susceptibility to multiple sclerosis, type1 diabetes, and celiac disease.4

In 2013, a meta-analysis of over 100 000 patients studied 10 million SNPs and determined that 42 RA susceptible loci should be added to genetic databases.5 Through this research and other RA genomic studies that were published in prior years, a total of 101 genetically susceptible loci have been identified.5

Effects of SNPs on Physiologic Processes

Pathways of methylation are critical to DNA repair, RNA synthesis, antioxidant production, neurotransmitter synthesis and transport, as well as cardiovascular physiology. Nitric oxide synthase (NOS) generates nitric oxide gas that is corrosive to tissue and serves as an inflammatory stimulant in arthritis. Identified SNPs in the NOS gene may contribute to inadequate tissue repair following an inflammatory process.6 Superoxide production inhibitors such as NG-monomethyl-L-arginine, heme-iron ligands, calcium-binding inhibitors, and imidazole are clinically utilized for their ability to control cell-mediated inflammatory diseases.6 Endothelial NOS (eNOS) inhibitors such as L-arginine and tetrahydrobiopterin (BH4) prevent dissociation of the ferrous dioxygen complex in the oxygenase domain.7 Cellular consumption of NADPH is a contributing factor to successful modulation of superoxide generation.7 In the reductase domain of eNOS, management of the concentration of flavins also helps control superoxide.7

Aside from detoxification pathway deficits and hepatocellular dysfunction, we can theorize that accumulation of biotoxins most likely propagates autoimmune reactions. The drug-metabolizing enzyme N-acetyltransferase (NAT) – used, for example, by Mycobacterium tuberculosis to resist isoniazid treatment – is also present in the human genome.8 NAT requires the amino acids aspartate, cysteine, and histidine, in combination, for proper function. A study of homozygous polymorphisms of drug-metabolizing enzymes (DMEs) in African-American populations suggests that the combination of NAT2 SNPs and cigarette smoking contributes to the development of RA.9 There are thousands of known chemicals in a cigarette that may become dubious intermediates in metabolic cycles, transforming into biotoxins. If an individual with susceptible genetic variants associated with DMEs is subject to repetitive inflammatory cascades, such as that induced by smoking, carcinogenic processes may possibly be initiated. Impaired metabolism of medications coupled with detrimental lifestyle behaviors can be considered obstacles to cure.

The strategic immunologic barrier protecting our internal system from the outside world is immunoglobulin A (IgA). Genetic susceptibility to autoimmune and rheumatic conditions is heavily represented in this facet of our immune system. The integumentary system, respiratory system, and gastrointestinal tract, with its delicate balance of trillions of microbes, were all initiated well before we exited the womb. HLA-DQA haplotype (HLA-DQA2) genetic variants are associated with an increased risk of developing systemic sclerosis, systemic lupus erythematosus (SLE), and RA.10-12 The pseudogene MTC03P1 contains SNPs correlated with SLE, multiple sclerosis, RA, and kidney disease.11,13,14 TNF receptor-associated factor (TRAF1) gene mutations reflect predisposition to chronic inflammation, anti-CCP-positive RA, and SLE.15,16

Immunoglobulin G (IgG) can be considered the long-term memory of our immune system; high titers often represent tumultuous battles with pathogenic organisms. Biofilms are cloaks for communities of organisms that strive to evade immunological recognition. A patient with a compromised immune system, whether as a result of genetic predisposition or otherwise, may greatly benefit from presumptive treatment of an infectious process based on IgG titers. The effective seroconversion of IgM to IgG could be thwarted by the detrimental influence of certain SNPs. The Fc fragment of the IgG receptor (FCGR2A) variants genetically influences RA, SLE, Grave’s disease, follicular and small lymphocytic lymphomas, Kawasaki disease, Lemierre’s syndrome, multiple myeloma, and pulmonary tuberculosis.17-22

The function of our mitochondrial organelles will most likely be negatively affected by chronic production of inflammatory cascades, cellular damage, and efforts at tissue repair. The body’s inherent homeostasis shifts further from baseline to new set-points as rheumatological conditions progress. SNPs related to chemokine ligand-2 (CCL2) and the chemokine receptor-2 (CCR2) correlate with susceptibility to type II diabetes, diabetic neuropathy, exercise-induced skeletal muscle damage, dysregulation of pro-inflammatory chemokine and cytokines, osteoarthritis, and dysregulation of Th1 and Th17 pathways.23-26 Immunological factors are multi-dimensional as widespread systemic diseases arise from a quantum level. Our physiological responsiveness to stressors most likely has fundamental guidance from genetically-predisposed biochemical pathways.

In September of 2014, the Database of Rheumatoid Arthritis-related Polymorphisms (RADB) was revealed.27 Global genomic research pooled from 68 countries recognized 3235 RA-associated polymorphisms.27 There are 636 genes related to the drug-response to anti-rheumatic agents, susceptibility to RA, and clinical presentation of rheumatological conditions.27 The information available for our utilization, with regard to rheumatic disease genetic susceptibility and therapeutic responsiveness, has grown exponentially. No single SNP or genetic locus contributes to rheumatological conditions, thus cannot be utilized as a sole screening tool. We are currently unable to accurately predict the occurrence or progression of RA and degenerative diseases based on genetic predisposition alone. Classification of SNPs and genetic variants permits satisfactory clinical judgment of higher risk for developing rheumatological and autoimmune disease states.

However, as primary care clinicians, our knowledge base inevitably expands as we incorporate and integrate scientific innovation into our practices. Understanding the role of genomic medicine in the enhancement of naturopathic intervention and preventative protocols is crucial. Genomic conferences are held worldwide, and allow for an invaluable offering of unbiased clinical research. 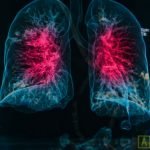 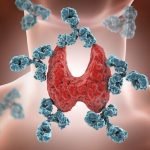 All About Autoimmune ThyroiditisAutoimmune/Allergy Medicine