The Staff of Life

One of the curses which white bread, or robbed bread has inflicted on the people is constipation.
A. W. McCann, 1914, p. 680

The farmer, even, is eating white bread, baked in the city—a state of affairs that would have been unbelievable, a generation ago.
Henry E. Lahn, MD, 1921, p. 67

In a time when the variety of wheat-based products is remarkably diverse and abundant, we also hear of gluten-intolerant diets and some of the ill effects of wheat breads generally. The early NDs, however, were more concerned at the time with the sudden introduction of debased wheat bread products, manifesting as mass-produced white bread. The history of bread, in any case, is fascinating through the early naturopathic lens. Whole grain bread had long been considered the one staple food that a family could count on at every meal. Whole wheat bread was the staff of life. The early NDs were quick to describe the introduction of white flour and white bread as an abominable travesty to health.

Flour used in bread making and the production processes themselves went through major transformations in the middle of the 19th century. These combined to radically affect the quality of flour produced. The traditional stone mills that ground grain into flour were replaced by mechanized “roller milling.” In the interests of economies of scale and longer shelf life, roller milling increased capacity and introduced continuous rather than intermittent production (Tann & Jones, 1996, p. 36). By the middle of that century, travel had become more accessible to more people and “the handy form of bread and its good keeping qualities render[ed] it particularly suitable” for those who needed to travel (Lahn, 1921, p. 67). Coupled with industrial revolutionary changes in manufacturing practices, the advent of the roller mill system in 1878 (in England) made white flour a reality in America (Lahn, 1921, p. 67).

The increase in flour consumption was influenced not only by milling practices but also by the kind of wheat grown by farmers in the United States. In Minnesota, the wheat center of America, farmers harvested fewer than 2,000 bushels in 1850, and by 1869 production had increased to 15 million bushels: “Minnesota farmers avoided the killing effects of the winters by planting a hard-kernelled spring wheat. Unfortunately, if this wheat was milled into flour using traditional millstones, the hard kernels (the bran) would shatter, get mixed into the four, and create a low-quality product” (Carlson, 2007, p. 34). To solve this problem, a system was devised using air currents and sieves to separate the bran from the flour.

Europeans were a step ahead of Americans in the mastering of white flour. The Pillsbury Company, though, as early as 1869 investigated flour mills in Hungary to replicate their “new process of using porcelain rollers . . . . [R]ather than being ground in one step as was done traditionally, the grain in a roller mill passed through five or six stages. The result of this multi-step process was high-quality white flour” (Carlson, 2007, p. 34). The demand for white flour was supported by high-speed and large-volume machinery found in the roller mills. As millers and farmers embraced the new technology, NDs were concerned that these innovations were detrimental to human health and voiced their concerns publicly.

McCann, for example, warned that “the minerals which nature put into our wheat, and which we so deliberately remove, are lost to us forever . . . . We cannot seem to understand that we are deliberately reducing our national vitality by every ounce of organic mineral salts that we take out of our food and destroy” (1914, p. 679). Hazeldine, writing earlier, noted that “flour can be so pure that it becomes nothing but starch, and though from a chemical standpoint it is pure, yet it is nothing but ground wheat which has been robbed of all its nutritive and digestive values, and as such is most destructive to the health” (1910, p. 479).

The stripped nutrients contained in the outer coat of the wheat kernel, the most nutritious parts, were fed to livestock. The NDs described the new modern milling practices as utterly wasteful: “Eight bushels of wheat will produce only 5 bushels of highly milled flour, while 3 bushels of the grain kernel’s most nourishing parts, indispensable to a rational nutrition, the brown bran, yellow germ, and white or gray middlings are rejected by men and turned over to cattle” (Lahn, 1921, p. 69).

A shift to producing white bread meant that the bread loaves were larger and uniform in appearance and were marketed to an eager consumer, to whom it appealed aesthetically: “From a barrel of white flour weighing 196 pounds, 300 loaves are made, while from the same quantity of whole wheat flour [only] 175” (Hazeldine, 1910, p 479). The whole wheat loaves were smaller but cost the same as white bread. For the bakers, white bread was just simply economics: it was very profitable.

The early NDs were not distracted by the pristine white flours, although they were quite aware of the popularity of white flour, white sugar, and white rice. Dr Bean stated at the time that “the sole reason why the public demands refined sugar, bolted flour [devoid of bran] and polished rice is that they are so beautifully white—in other words, they look better than do the more healthful, natural articles which are designated as inferior brown bread, sugar and rice” (1921, pp. 38-39). McCann explained: “The elements are contained in the brown outer skin of the wheat berry, called the bran, and in the ‘shorts,’ ‘middlings’ and ‘tailings,’ which are sifted and bolted out of the ground meal, leaving principally the white, starchy part of the interior part of the berry” (1914, p. 678).

The advent of white flour with its lifeless and empty food value meant that 50% to 75% of the organic salts in the kernel were lost. This stripping of nutrients was not limited to wheat but included barley, rice, and others. Freshly ground meal was the essential ingredient in a “perfectly nourishing and palatable bread” (Lust, 1922b, p. 227). Louise Lust counseled that nature was wise and purposeful; she wrote that “all foods produced by Nature are so well proportioned and ingenuity tries to improve them through separating, mixing, adding of other substances, manufacturing or much handling, the nutritive value is impaired and lessened. The same with wheat” (1902, p. 145).

Efforts were made by millers to discredit bran, and propagandists of flour advocated bran as “an undesirable element in bread because it is itself indigestible and interferes with the digestion of other nutritious factors in the food” (McCann, 1914, p. 679). The debate about white bread vs. whole wheat bread included many loud insistent voices. One such voice reminded its listeners of the deficiencies in white flour:

Mrs Anna Lindhlahr wrote about the odd tension between one adverse effect of white flours and breads and nutritional value: “Having experienced in ourselves the constipating and other deleterious effects of white flour products, [one realizes] that a good whole grain bread is the very foundation of a rational vegetarian diet” (1910b, p. 492). Constipation was easily remedied by consuming whole grains. Benedict Lust extolled the virtues of wholemeal bread as being exceptionally nourishing and an excellent “means of overcoming the sluggishness of the bowels” (1922a, p. 60). Fresh whole wheat “was the color of amber, and had a pleasant odor and rich, nutty flavor” (Lahn, 1921, 67). Whole grain was declared superior and offered sustenance when white bread did not.

Numerous writers of the period returned to this theme often. Bean’s 1921 comment echoes the position of NDs a decade and more earlier; he wrote: “Wheat in its natural state is a well balanced food and if ground up into what is known as whole wheat flour would sustain life and health indefinitely” (p. 38). An article in Lust’s journal stated thus: “White flour. That concentrated essence of death has so little food value that we have to stuff ourselves with four or five times the amount needed in order to get sufficient nutrition to survive hence the bowels, overworked, give out, and chronic constipation is the result” (Should cooking be a dying art?, 1922, p. 236).

Whole grain grits were described as follows: “[W]hole grain kernel, which has been ground or cracked to a degree of fineness resembling sea sand . . . was the true food of the ancients, both civilized and uncivilized nations” (Lahn, 1921, p. 68). Lahn not only thought that whole grain grits solved the social issue of food shortage but also believed that grits, which could be eaten raw or cooked, were “ideal bone, tooth and brain builders” (Lahn, 1921, p. 70).

The early NDs suggested that the preparation of uncooked grits should include soaking a half a cup of grits per person in water for 12 to 24 hours until they were uniformly softened. The mixture, they told their patients often, would have a pleasant odor and could be eaten without cooking or warming. They counseled that grits could be eaten as a breakfast meal with additions such as soaked dried fruit, almonds, nuts, dates, fruit juice, or raw grated carrot or cabbage (Lahn, 1921, p. 71). Grits soaked overnight could also be prepared the next day by frying or baking. He added: “For three or four persons use two cups grits [any grains]; one and a half cups milk, half cup honey; two eggs are to be added later. Grits are to be soaked over night, cooked in the morning for about ten minutes, mixed with the above ingredients and baked for about 30 minutes or until brown” (Lahn, 1921, pp. 71-72).

Another recipe that Anna Lindlahr shared in The Naturopath and the Herald of Health incorporated whole grains. She noted: “[T]ake the best soft wheat and steam it for twelve hours. Then serve with honey and milk or cream, or instead of honey sprinkle with very little brown sugar. Always eat fruits or fruit sauces with the steamed wheat” (Lindlahr, 1910a, p. 685).

Give Us This Day Our Daily Bread

To avoid the consumption of finely ground mill flour, Benedict Lust’s favorite bread recipe began with freshly ground grain in a hand mill, prepared on the day of baking. He next advises:

[M]ix the meal in lukewarm water to an easily kneadable consistency, working it then with the hands, until it come[s] away from the pan and the hands without sticking. Throw it on a floured board and knead it thoroughly. Roll out to a thickness of about an inch, put it on an oiled or buttered tin, and bake it in a perfectly closed oven. To avoid blistering on the surface, prick the dough before baking it. Two hours at the most will produce the desired result. If a shiny appearance is preferred, briskly brush it over with a wet sponge about one hour after it has been in the oven, being careful to close the door gently and promptly. (1922b, p. 227)

The “bread industry” in modern times faces similar challenges with regard to conflicting opinions about mass-produced gluten products. The alarming incidence of chronic conditions generated by poor nutrition habits in part had its beginnings in the development of cheap production methods that diminished the nutrient value of a food we know historically as the “staff of life.” The early NDs gave good counsel about judicious and prudent use of wheat bread products, which has value to this day.

Anna Lindlahr states that “in white flour parts 1 to 6 and 8 are removed, leaving a product which is entirely insufficient as food” (1910b, p. 492).

Sussanna Czeranko, ND, BBE, is a licensed ND and a Buteyko Breathing Educator. She is currently practicing in Vancouver, Washington, and has incorporated carbon dioxide therapies within her practice. She continues her studies in the rare book room at National College of Natural Medicine (NCNM) and is compiling a series of books with the help of NCNM students.

Tann, J., & Jones, R. G. (1996). Technology and transformation: The diffusion of the roller mill in the British flour milling industry, 1870-1907. Charlottesville, VA: Society for the History of Technology. 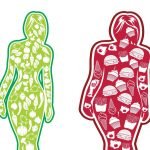 The Obesity Challenge | How to Use hCG in Your PracticeAnti-Aging, Detoxification Medicine
The Run for Our Future, Moving Natural Medicine ForwardAnti-Aging, Naturopathic News