An Unexpected Herbal Treatment for Anxiety 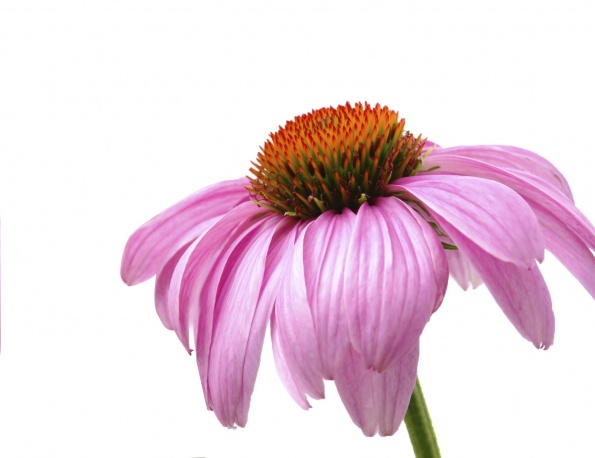 I believe that anxiety is a key contributor to most of my patients’ medical issues, including cardiac, migraine, thyroid, or even digestive disorders. That is not surprising. Approximately 40 million Americans 18 years or older have an anxiety disorder.1,2

As a term, anxiety covers a broad field. For some individuals, anxiety may occur during specific times, such as tax season or the holidays. For others, anxiety can be devastating, leading to panic attacks and depression. According to a study3 commissioned by the Anxiety Disorders Association of America and based on data gathered by the association and published in the Journal of Clinical Psychiatry, anxiety disorders cost the United States more than $42 billion a year, almost one-third of the $148 billion total mental health bill for the United States.

I call anxiety the great magnifier. In my patients with headaches, the condition can progress to a migraine if they have anxiety. In my patients with heart disease, anxiety can even trigger a heart attack and death because of its negative effects on cardiovascular function. For most individuals, however, anxiety is simply a feeling that something is not right, a disproportionate sense of unease over what would (under other circumstances) be considered trivial. It is not surprising that during times like the present (ie, persistent unemployment, an unexpected financial crisis, and a long-lasting war that touches almost everyone) cases of anxiety seem common.

Anxiety invades life in so many ways that it can seem inescapable for those who experience constant worry and fear. In the workplace, social anxiety can destroy potential growth and job satisfaction. In the home, anxiety can destroy effective communication with one’s spouse and children. It is no secret among physicians that anxiety is a common contributor to divorce.

Treating anxiety is also a challenge. Conventionally, the strategy is to suppress the hyperexcitation that can accompany anxiety with sedative drugs and to refer the patient for talk therapy. Looking at the statistics, it is clearly not working. Patients taking antianxiety medications can present to their physician with dual problems of the unsuccessfully controlled anxiety itself and the sometimes severe adverse effects from the anxiety drugs. For NDs, many botanicals have to varying degrees been recognized to treat anxiety, including valerian, alpha-linolenic acid, flaxseed, kava, and gotu kola, to name a few. Treatment success using botanicals is often limited in my experience. However, a botanical that I have been recently using in our office to treat anxiety is surprisingly echinacea.

Emerging science is demonstrating a new use for this botanical long known to practitioners. A unique extract of Echinacea angustifolia administered at low dosages is an effective herbal treatment for anxiety.

How was this missed? Why was this not seen a long time ago?

The typical echinacea dosage for immune system support is high, hundreds of milligrams per dose. However, with smaller amounts of a specific species (E angustifolia), there is a dramatically different effect.

The discovery came about when researchers at the Hungarian Academy of Sciences, Budapest, were analyzing different species of echinacea and found that some of the plants contained cannabinoid receptors, which are compounds that affect brain chemistry. Endocannabinoid receptors are known to influence the way the brain experiences anxiety and have become a focus of behavioral research in their own right.4

As a practitioner who administers echinacea for critical immune activity, I was shocked when I read about the E angustifolia findings. When prescribing it to my patients, I was pleased to find that the study5 results matched what I subsequently observed, namely, the significant easing of anxiety.

In the same study,5 the effects of various echinacea extracts were compared with those of the prescription antianxiety drug chlordiazepoxide. While 2 echinacea preparations showed some mild effects, only E angustifolia demonstrated a robust ability to reduce anxiety comparable to the prescription drug. During testing, there were no issues with echinacea regarding sleepiness or impaired locomotion, which are adverse effects commonly seen with higher doses of chlordiazepoxide.

Echinacea angustifolia was subsequently tested among human volunteers with generalized anxiety disorder.6,7 After 1 day of use, the participants experienced a significant reduction in anxiety as measured by the State-Trait Anxiety Inventory for Adults (a standardized assessment tool) and a 25% reduction by day 7. The preparation of E angustifolia root extract not only met or exceeded the antianxiety effects of chlordiazepoxide but also caused no drowsiness, which can be common with prescription anxiolytics. The fact that E angustifolia provides benefit without adverse effects is notable. This is rare, as even kava and valerian can cause tiredness, with many more adverse effects associated with benzodiazepines, such as diazepam and alprazolam.

Higher Dosage Is Not Better

Dosage levels of echinacea have been found to be important. As is well known, conventional echinacea at high levels (hundreds of milligrams) acts as an immune stimulant. However, anxiety relief with E angustifolia occurs only at low dosages and disappears when the dosage is greatly increased. This illustrates the concept of a narrow therapeutic window. Typically, E angustifolia at no more than 20 mg at a time (occasionally ≤40 mg) is necessary for significant relief of stress, tension, and anxiety. This extract can be used several times a day if necessary, making it extremely convenient. For patients with only occasional anxiety, E angustifolia can be taken before a stressful event, such as public speaking, a presentation, or air travel.

I have observed stagnation in the drug industry with regard to developing safe medications for pain and energy, and there is a similar lack of development for antianxiety medications. Unfortunately, problems with anxiety and fear are on the rise, which leads to the conclusion that more people are going to forgo relief. Just as breakthrough products for safe natural pain relief and heart health are coming from the natural medicine community, there is now another innovation in the area of anxiety, and it was under our nose all this time. Nature can amaze us that way. So, for patients who are living with anxiety because they could not deal with the adverse effects or addiction of less-effective medications or for those who simply want to feel better naturally, there is a choice. If you decide to make this choice yourself, make sure it is an E angustifolia preparation developed and tested specifically for anxiety. You will not believe the difference it can make! 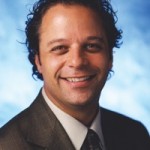 Dr. Decker Weiss, ND is the first Naturopathic Physician to train and complete an internship, residency, and fellowship in a conventional medical system. Dr. Weiss trained in the former Columbia medical system, the Arizona Heart Hosptital, and the prestigous Arizona Heart Institute. Dr. Weiss is the Author of “The Weiss Method,  A Better Heart Better Life”, and travels the world training physicians and pharmacists on how to reverse heart disease naturally. Dr. Weiss founded Weiss Natural Medicine to treat all forms of chronic disease including autoimmune issues, gastroenterolgy, fatigue and weight loss.

6. Haller J. The effects of an Echinacea preparation in human subjects experiencing mild to moderate anxiety. 2010. In press.

7. Haller J. The side effect profile of Echinacea: effects on cognition and locomotion. 2010. In press. 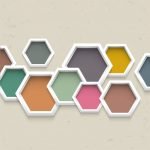 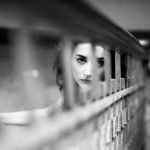