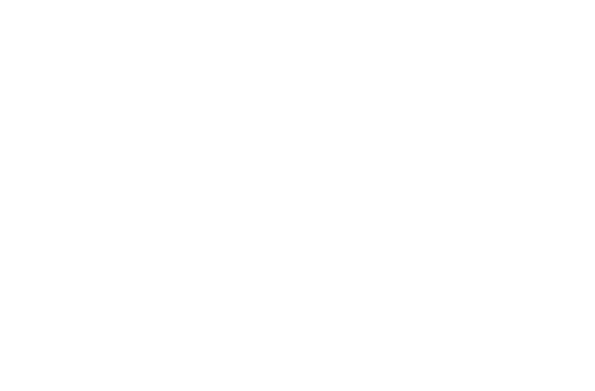 The World Health Organization1 predicts that depression will become the second most burdensome disease in the next decade, with the greatest onus in North America and the United Kingdom. Major depression is present among 33.3% of patients in the United States, and with 160 million prescriptions annually, antidepressants are the most prescribed medication,2 despite the fact that a recent meta-analysis3 showed that they are no more effective than placebo to treat mild to moderate depression (the major prescriptive reason). Other studies4-9 have demonstrated that antidepressants are causing a host of problems, including sexual adverse effects, infertility, increased risk of weight gain and diabetes, blood pressure problems, cardiac deaths, heart defects in unborn children, and even suicide. As such, the use of pharmaceuticals should be considered only in severe cases.

This is clearly an opportunity to work with naturopathic modalities for this condition. Naturopathic physicians are uniquely positioned to effectively treat depression, which typically has no single cause and has no consistently effective conventional treatment. Looking at each patient as a complex individual will help the practitioner unearth many facets of health that are part of the picture. My book Healing Depression: Integrated Naturopathic & Conventional Therapies (www.InnerSourceHealth.com/depression) discusses a multitude of aspects that are important to understand or establish to balance each patient’s mood. These include diet, lifestyle, emotional and spiritual aspects, blood work, nutrient deficiencies, inflammation, toxic effects, hormonal imbalance, and many others. As such, there are many treatments that may be appropriate singly or in combination. These may include nutrients, botanicals, lifestyle changes, acupuncture, homeopathic remedies, and others. Without a thorough evaluation and typically multifaceted plan, no single modality, nutrient, or botanical will likely be effective.

This article explores the use of the physical medicine modalities of hydrotherapy and physical manipulation as part of a larger plan to help work with depressive illness. Although not recommend solely as a monotherapy, physical medicine can be part of a patient’s return toward a healthy mood and sense of well-being, in combination with the aforementioned treatments as specific to each patient’s physical body, spirit, and emotion. 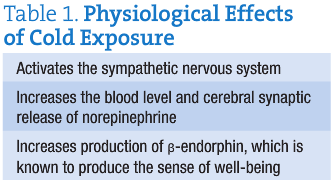 Hydrotherapy is the use of water, hot or cold, for the maintenance of health and the treatment of disease.10 It has been used since ancient times as a way to balance the body and mind. According to Hippocrates, water therapy “allays lassitude.”11 In hydrotherapy, water is applied to the body at temperatures above or below the body temperature to provoke physiological stress. Hydrotherapeutics takes advantage of the natural body reaction to these physical stressors. It has been theorized that brief changes in body temperature, such as a cold swim, are important for proper brain function.

A group of researchers in Virginia has theorized that thermal stressors may be useful for treating cancer, chronic fatigue, and depression.12-14 For the treatment of depression, the literature suggests that cold thermal therapies may be the best choice.15,16 Because the density of cold receptors in the skin is thought to be 3 to 10 times higher than that of warm receptors, the simultaneous firing of all cutaneous cold receptors may result in a positive therapeutic effect. Lowering the temperature of the brain has neuroprotective and therapeutic effects and can relieve inflammation,17 a known mechanism in depressive illness. In addition, exposure to cold has been shown to activate the sympathetic nervous system, to increase the blood level and cerebral synaptic release of norepinephrine, and to augment production of β-endorphin,18,19 which is known to produce the sense of well-being (Table 1).

Although mild cold stress seems to improve cognitive performance, animal research has shown that extreme cold stress may actually impair cognitive function. In a double-blind placebo-controlled study,20 control rats were placed in 35°C (95°F) and experimental rats in 10°C (50°F) sequential 90-minute baths; significant decreases in cognitive function and increases in cortisol levels were observed among the experimental group. Given this information, a therapeutic window seems to exist regarding optimal cold temperatures used and duration of treatment.

Hydrotherapy may have a mechanism similar to that of electric shock therapy, a proven but risk-laden conventional treatment for depression. Electric shock therapy has long been used to treat drug-resistant forms of depression. These effects may well help a patient with depression who does well with increased release of norepinephrine, particularly those who respond well to duloxetine hydrochloride or other selective serotonin-norepinephrine reuptake inhibitors that increase the neurotransmitter norepinephrine.

Types of Hydrotherapy for Depression 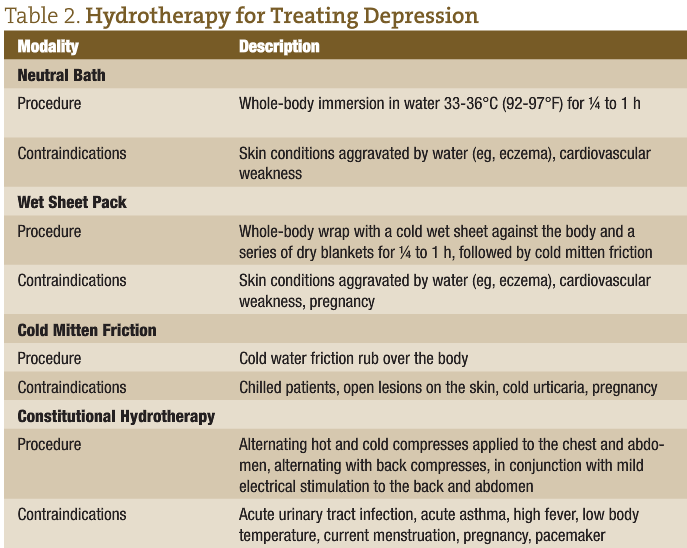 Recent findings suggest that patients with depression should use brief whole-body exposure to cold water (cold shower).14 The proposed approach starts with a shower at a warm temperature comfortable for the patient, which slowly cools over a 5-minute period down to 20°C (68°F), which is then sustained for 2 to 3 minutes. This is to be performed once or twice daily (Table 3). The proposed duration of treatment is several weeks to several months.

Based on the concept of freeing neural tracts for optimum health of the body, manipulative therapies like osteopathy and chiropractic have been used to treat a host of conditions, including depressive illness. Although anecdotal evidence remains plentiful, there is little research supporting the use of manipulative therapies for mood disorder. Results of these few studies22-24 suggest an association between correction of vertebral subluxations and increased wellness and quality of life.

One study22 used osteopathic manipulative treatment as an adjunct to standard psychiatric treatment among women with depression. The women were premenopausal with newly diagnosed depression. They were randomly assigned to an osteopathic structural examination as a control subject or as a treatment recipient. Both groups received conventional therapy consisting of paroxetine plus weekly psychotherapy for 8 weeks, with blinding of the psychiatrists and psychologists. No significant differences in age or severity of disease existed between groups. After 8 weeks, 100% of the manipulation treatment group and 33% of the control group had normal results on psychometric evaluation. No significant differences or trends were observed between groups in levels of cytokine production for interleukin 1 (IL-1), IL-2, IL-4, IL-6, or IL-10. In addition, there was no pattern to the osteopathic manipulative structural dysfunctions recorded relative to the control group vs the treatment group.

Case report23 findings of 46-year-old man with major depression who received specific chiropractic adjustments suggest a relationship between subluxation correction and increased quality of life and well-being. The patient had many symptoms related to his depression, such as generalized bilateral neck and low back pain, anxiety, fatigue, and a poor appetite. Vertebral subluxations were revealed on initial chiropractic examination, including prone and supine leg length inequality, static and motion palpation, static surface electromyography, thermography, and radiograph analysis. The patient received specific chiropractic adjustments for the correction of vertebral subluxations using several techniques, including contact-specific high-velocity low-amplitude manipulation and Palmer toggle recoil contact-specific high-velocity low-amplitude techniques with recoil thrusts of the C1 vertebra. During the course of care, the patient demonstrated a significant improvement in self-assessed quality of life on wellness indicators, including the Global Wellness Scale, Daily Living Health Questionnaire, and retrospective Health, Wellness and Overall Quality of Life Self Assessment questionnaire.

The third study24 describes 15 adults, selected by their chiropractors, with clinical depression who underwent upper cervical subluxation. They were treated using an orthospinology technique to correct the occipitoatlantoaxial subluxation based on the research and teaching of Dr John Francis Grosticn. Before-and-after radiographs were used to determine the presence and correction of the subluxations. The participants were administered the Beck Depression Inventory II (BDI-II) before correction of the upper cervical complex and after procedures. Paired t test demonstrated significant improvement in depression test scores. The group scored a mean of 17 (representing mild depression) on the BDI-II before chiropractic treatment. After correction of their subluxations, the mean score improved to 8 (representing minimal depression). On an individual basis, 11 participants experienced marked improvement, and 2 had minimal improvement, while 2 participants scored worse on the follow-up test. The data support the hypothesis that the orthospinology technique to correct the occipitoatlantoaxial subluxation complex may reduce depression symptoms. The authors concluded: “This study’s results provide support for the hypothesis that a positive relationship exists between a correction of the occipitoatlantoaxial subluxation complex and a reduction in depressive symptoms in some people.”24

Depression is a growing concern, with substantial increases in incidence forecasted for the next 10 years. Conventional medications should be reserved only for severe cases because of risks and lack of efficacy in mild to moderate cases. Effective naturopathic medicine protocols include an approach that treats many aspects of a person’s health simultaneously. Modalities include dietary, lifestyle, nutrient, supplemental, and psychological treatments. Although more study is needed, there is sufficient evidence to include hydrotherapy and physical manipulation as part of an overall treatment plan for an individual with depression. 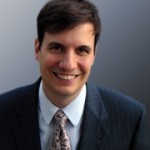 Peter Bongiorno, ND, LAc, was a predoctoral fellow in clinical neuroendocrinology at the National Institute of Mental Health before attending Bastyr University for his naturopathic and acupuncture degrees. He has a thriving practice in New York City and Long Island, New York. He recently authored Healing Depression: Integrated Naturopathic & Conventional Treatments.

23. Desaulniers AM. Effect of subluxation-based chiropractic care on quality of life in a patient with major depression. J Vertebral Subluxation Res. 2008;4:1-7. 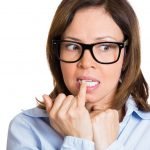 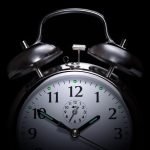