Insomnia is one of the most common complaints heard by healthcare practitioners. In 2008, researchers at Oregon Health & Science University, Portland, published a review article on insomnia that estimated its prevalence to be about 30% to 50% among the general population. Of those with insomnia, 5% experience frequent or chronic insomnia, averaging 16 nights per month with disturbances. This lack of sleep has adverse effects throughout the entire body, interfering with its necessary daily metabolic repairs, taxing its stress adaptation centers, and reducing the effectiveness of the immune system.

A huge industry (medical devices, pharmaceutical agents, sleep laboratories, and frequent visits to healthcare provider offices) is built around restoring normal sleep patterns, but for many individuals insomnia has become a regular part of their life. A noticeable trend with conventional approaches to insomnia explains why sleep is still a major healthcare issue: treatment is focused on symptoms, and the root causes are often ignored.

Not all insomnia is the same. Insomnia can be defined as a sleep disturbance resulting from biochemical disruptions, which in turn interferes with the brain centers of the sleep-wake cycle. Insomnia is essentially a symptom of another root cause disturbance within the body. Many sleep disturbances today result from a person’s inability to adapt to daily stressors. Daily stressors affecting sleep can be mental or emotional, circadian, or immunological in origin. The pharmaceutical model provides several tools to affect parts of the sleep cycle, including γ-aminobutyric acid (GABA) receptor agonists, selective serotonin reuptake inhibitors (SSRIs), antihistamines, and even narcotics. Many NDs address these same components of the sleep cycle with more natural products, such as amino acids (glycine and taurine), neurotransmitter precursors (5-hydroxytryptophan [5-HTP], tryptophan, and tyrosine), and botanical ingredients (valerian root and Passiflora). Increased use of vitamin D, melatonin, and light boxes provides support for circadian-associated sleep disturbances stemming from shift work or reduced sunlight exposure. Immunological disturbances to sleep are not as well understood and can be difficult to identify, but they are often the root cause behind refractory insomnia.

An infection typically results in an immune response that includes T-cell activation, the release of cytokines, and the production of immunoglobulins. The immune system responds to an infection by mobilizing antigen-presenting cells, engulfing the infectious organisms, and then presenting parts of them to T cells. T-cell activation results in the differentiation of cells that in turn promote cellular (helper T cell, subtype 1 [TH1]) and humoral (TH2) immunity. Proinflammatory cytokines are released, which can lead to hypothalamic dysfunction, stimulation of norepinephrine release, and alterations in the sleep cycle (illustrated in case 1). The TH2 stimulation results in the activation of B cells and the production of immunoglobulins. Immunoglobulins against certain infectious pathogens have the potential to cross-react with cellular receptors, including ones expressed in the brain (illustrated in case 2).

First Do No Harm (ie, Rule Out the Gut)

Investigations into immune disturbances are difficult, but this task becomes exponentially harder when a patient also presents with a compromised gastrointestinal tract. The small intestine is the largest internal immune organ, housing 80% of the body’s antigen-presenting cells, whose job is to patrol for pathogens and antigens. Once an antigen-presenting cell (dendritic cell, macrophage, or B cell) binds to an antigen, it undergoes maturation, which results in the release of large quantities of the stimulating neurotransmitter glutamic acid. Elevations in glutamic acid are neuroexcitatory and neurotoxic. The excitatory effects of glutamic acid are typically offset by the calming and membrane-repolarizing GABA, but this balancing act can become overwhelmed and result in excitability and insomnia (illustrated in case 3).

Lyme disease is caused by 3 species of bacteria belonging to the genus Borrelia (B burgdorferi, B afzelii, and B garinii), which have evolved to hide from a host’s immune system. Without the awareness of a tick bite or the development of a bull’s-eye rash, some individuals are not diagnosed properly and experience life-altering symptoms. Lyme disease can lead to cardiac, joint, and nervous system involvement, with potential for cardiac arrhythmias, heart failure, paralysis, meningitis, and other debilitating conditions. Biochemically, the elevation in cytokine levels and the alterations in the hypothalamic-pituitary-adrenal axis can manifest as anxiety, depression, and insomnia. The patient described herein had acute Lyme disease that progressed rapidly, but the case highlights how insomnia can be the first sign of a much more serious condition.

A 49-year-old woman was seen with a sudden and severe sleep disturbance (averaging 2-3 hours of sleep per night), sore throat, fatigue, and global muscular pain. The patient reported the onset of symptoms 3 weeks previously, with progressive worsening. Sleep aids (zolpidem tartrate and estazolam) had no effect. She had no recent memory of a tick bite, rash, or fever.

The patient was referred to a Lyme disease specialist for treatment. She received antibiotic and complementary therapies.

Shortly after being referred to the Lyme disease specialist, the patient began developing peripheral paralysis (fingers and toes) and migraine headaches. She was hospitalized, where intravenous antibiotics were administered. Her symptoms quickly resolved, including insomnia. The patient is being monitored for relapse.

Pediatric autoimmune neuropsychiatric disorders associated with streptococcal infection (PANDAS) is a condition in which antibodies to a streptococcal infection bind to receptors in the brain, resulting in neurological tics and obsessive-compulsive behaviors. Although PANDAS is still controversial, it represents an example of a chronic infection that leads to behavioral changes. The patient described herein does not represent a classic PANDAS case but highlights how a chronic infection can express symptoms in less obvious ways, including sleep disturbances.

A 2-year-old boy was seen with dysphasia, hyperactivity, and insomnia (inability to fall and stay asleep) of sudden onset starting 2 months previously. The parents reported no recent illnesses, no current medications, and daily supplementation of a commercially available chewable multivitamin. The child was developing normally until the onset of symptoms 2 months earlier.

A 47-year-old woman was seen with chief complaints of irritable bowel syndrome and insomnia. She also reported increasing fatigue and depression that had been successfully controlled for the past 3 years with an SSRI. She reported a recent increase in work stress. Her menstrual cycles were still regular.

The laboratory workup included the following findings: (1) Urinary neurotransmitter and amino acid results showed low levels of serotonin, epinephrine, and norepinephrine and high levels of glutamate and PEA. (2) Salivary adrenal hormone results demonstrated that her cortisol levels were low in the morning and very low at noon. Her morning dehydroepiandrosterone levels were slightly low. (3) The patient’s IgG food sensitivity testing showed that she was highly reactive to dairy and gluten foods.

The patient reported resolution of insomnia 2 days after beginning treatment. She discontinued SSRIs after 2 months of 5-HTP therapy, without any withdrawal symptoms. A gluten challenge did not result in any discernible symptoms. The patient reported stomachaches and very poor sleep with a dairy challenge after avoiding dairy products for 12 weeks. She was advised to avoid dairy products for an additional 6 months before attempting another dairy challenge.

Insomnia is a common complaint that is usually the result of another root cause imbalance within the body. Conditions such as infection, immune system imbalance, gut issues, or inability to cope with daily stressors can have a profound effect on the sleep cycle. For many patients, insomnia is relieved for only a short period with the conventional pharmaceutical approach. Some patients are refractory to all attempts to rid them of their insomnia. As demonstrated in the case reports herein, insomnia may be biochemical in nature, but its root cause may be immune system related. 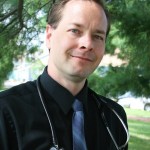 Bradley Bush, N.D. received a N.D. degree from National College of Naturopathic Medicine in 2000 and is currently the Clinical Director for NeuroScience, Inc. and its NEI Nutrition division. Dr. Bush specializes in neuro-endo-immune health, nutrition and infusion therapies. He focuses on addressing gastrointestinal and HPA axis disturbances in addition to nutritional deficiencies as a cornerstone of patient care. He is coauthor of the ND: Notes Science Board Review and ND Notes: Clinical Board Review books. Dr. Bush has worked for years in manufacturers of nutritional supplements, is a founder and past organizer of the annual Pharmaceutical Perspectives conference, and currently sits on the board of Naturopathic Education and Research Consortium (NERC). 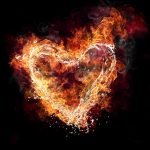