CBD and the Heart

For several months now, I have been writing about the endocannabinoid system (ECS), the many physiologic processes it influences in the body, and how imbalances in the system can result in dysfunction that impacts clinical disorders.1 The ECS consists of numerous endocannabinoids, the cannabinoid receptors to which they attach, and the enzymes that degrade them. It is probably safe to say that more people are familiar with the exogenous cannabinoids in the Cannabis plant, such as cannabidiol (CBD) and tetrahydrocannabinol (THC), than with the endogenous cannabinoids. Although research in these areas overlap, this article will focus on CBD and its potential for treating cardiac abnormalities. The effects of CBD on the cardiovascular system underscore the potential use of cannabinoids in the treatment of primary disease states, the utility of cannabinoids in conditions with common comorbidities, and the need for additional research into both the ECS and the exogenous cannabinoids that can influence the system.

How Can CBD Protect Heart Muscle?

Using animal models, researchers can simulate major cardiac events, usually through artificial infarct or other type of ischemia, followed by reperfusion. In a study by Durst et al of rats whose left anterior descending artery (LAD) was blocked, CBD treated animals showed reduced infarct size by 66% when compared with controls.2 Feng et al also described how, after induced myocardial infarction, CBD-treated rabbits demonstrated reduced infarct size.3 In the same study, treatment with CBD further resulted in reduced leukocyte infiltration, improved systolic wall thickening, and increased blood flow to the areas at risk.3 In another study by Walsh et al, which used coronary artery occlusion in rats, CBD given prior to ischemia showed a dose-dependent reduction in both infarct size and arrhythmia.4 The authors postulated that the antiarrhythmic effect of CBD was by inhibition of platelet-activating substances.4 Finally, in a separate study involving LAD ligation in rats, Gonca et al showed CBD treatment prior to occlusion significantly decreased tachycardia and arrhythmia via adenosine A1 receptors.5

Some of CBD’s therapeutic value may reside largely in its ability to modulate the production of both reactive oxygen species and reactive nitrogen species. These effects were demonstrated in a study that used a mouse model of type 1 diabetic cardiomyopathy and human cardiomyocytes exposed to high glucose.6 In the same study, CBD was further shown to increase antioxidant activity by restoring glutathione and superoxide dismutase.6 In another rat study, CBD treatment reduced lipid peroxidation.7 Finally, in another mouse model, Hao et al showed that CBD treatment markedly improved cardiac function, reduced oxidative and nitrosative cardiac muscle cell death, and increased the function and biogenesis of cardiac mitochondria.8

Many cardiac diseases ultimately result in inflammation, cardiac muscle damage, cell death, and the formation of fibrotic tissue. CBD has demonstrated anti-inflammatory activity in animal models via the reduction of inflammatory cytokines, including nuclear factor kappa-light-chain-enhancer of activated B cells (NF-kB),7,9 myeloperoxidase,3 and gamma-interferon.10 In Durst et al’s rat study, in addition to a 66% reduction in infarct size, CBD treated animals showed decreased cardiac muscle inflammation and reduced interleukin 6 secretion, suggesting partial immunomodulating mechanisms for protection of the heart.2 Finally, by reduction of monocyte recruitment, CBD has been shown in animal models to reduce damage to the extracellular matrix, which further decreases fibrosis formation.6,11

Sympathetic tone can contribute to morbidity and mortality in cardiac disease states, particularly when external stress remains high. In animal models, external stress is simulated through restrained movement, which results in increased pulse and mean arterial pressure (MAP).16-18 In one such study, CBD treatment prior to movement restraint was shown to blunt the rapid elevations in pulse and MAP in a dose-dependent manner.19

A Note on Side Effects

A systematic review of over 20 studies on animals and humans indicates minimal or no negative effects of CBD on blood pressure or heart rate.20 Unlike THC, which is responsible for the CB1-mediated adverse effects of Cannabis on the heart, CBD does not possess an increased cardiovascular risk profile.21 Studies of CBD in healthy and unhealthy humans have not demonstrated tolerance or other significant side effects in low-to-moderate dosage ranges.22-28

The mechanisms for CBD’s effects on the heart are diverse. Although the current status of cannabinoid research is still in its infancy, it is clear there is potential benefit for the use of CBD in treating cardiac patients. Additionally, because CBD can also be effective in treating pain, anxiety, and sleep issues,29-31 cardiac patients with these common comorbidities could benefit from CBD use without further cardiovascular risk. For example, a diabetic patient with heart disease, concomitant osteoarthritis (OA), musculoskeletal pain, and sleep disturbance may greatly benefit from something like a hemp-based CBD product. The same anti-inflammatory and antioxidant mechanisms that protect the heart are relevant to mitigating the deleterious effects of both diabetes and OA.

Further scientific exploration is needed to elucidate the specifics of how CBD influences the body, including additional human trials. Research being done on the ECS helps to create a more comprehensive framework for understanding the effects of exogenous cannabinoids, like CBD, and vice versa. As naturopathic physicians, this area of study holds a great deal of opportunity for our profession. Called a “master regulator,” the ECS is responsible for maintaining homeostasis across multiple organ systems,32 and understanding its influence speaks directly to both the principles of vis medicatrix naturae and tolle causam. Diet modification, sleep, exercise, acupuncture, chiropractic, and various botanicals can also modulate the ECS, offering therapeutic promise for a wide range of conditions.33,34 While more people may be familiar with the exogenous cannabinoids in the Cannabis plant, it is my hope that more naturopathic doctors will eventually see these compounds as yet another tool for understanding and working with the ECS. 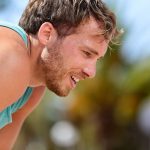 Getting Back to Nature’s Way: The Role of Over-breathing in Chronic DiseaseCardiopulmonary Medicine, Ophthalmology 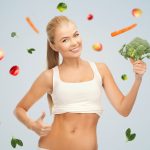