When evidence-based medicine (EBM), now known as evidence-based healthcare (EBHC), was first introduced in Canada, it was defined by Sackett as the “explicit, judicious, conscientious use of current best evidence from healthcare research.”1,2 While this definition still exists today, EBHC has narrowed its focus of healthcare research by emphasizing the importance of systematic reviews and meta-analyses of randomized control trials (RCTs).2-5 While this narrowing focus of EBHC is not currently – or necessarily considered – the single standard of care, the movement towards its isolation as such has begun. With the domination of EBHC in conventional medicine, there is increased demand to incorporate EBHC into the standard of care across all philosophies of medicine and healthcare.1

The integration of EBHC within naturopathic medicine has always been far from satisfactory.4,5 Naturopathic medicine, like many non-mainstream medicines, is continuously criticized for its methods of practice.4,5 Many critics have claimed naturopathic medicine as a pseudoscience, accusing naturopathic physicians of not being evidence-based.6 EBHC, by definition, may include healthcare research such as case reports, cohort studies, and expert opinions; however, they are all seen as unreliable evidence with less value relative to systematic reviews and meta-analyses of RCTs.5 Therefore, while naturopathic medicine does incorporate EBHC, it does not always align with the hierarchy of evidence.

Beyond these philosophical questions, there is a much more pragmatic issue of concern: legality. If EBHC is permanently implemented into the standard of care in naturopathic medicine, are naturopathic doctors running the risk of malpractice? As naturopathic research does not always adhere to the EBHC gold standard, what are the ethical and legal implications of practicing naturopathic medicine? Does EBHC truly have absolute power?

Researchers claim that EBHC “uses science to search and define a single, unimpeachable truth that can stand alone against all other methods of practice.”8  However, EBHC and its scientific theories are primarily subjective.1 The theories behind EBHC can be flawed, they can be biased, and, most importantly, they can change.1,9,10 EBHC is only as good as the scientific knowledge and research methodology that are presently available, and the appropriate use of that information as applied to a patient or group in context. There are always conflicting theories, which can make it impossible to determine which theory is absolute. EBHC does have its limitations and is not considered the gold standard in all professions. By discussing where EBHC is not seen as the absolute form of knowing, it will be argued why there is an opportunity to move healthcare research in a different direction to support the validity of naturopathic practices.

EBHC & a Naturopathic Doctor Walk into a Bar

Let’s consider that a naturopathic doctor is going to court, having been accused of malpractice. Would he or she be held accountable to the hierarchy of EBHC? While EBHC is gaining influence in conventional medical practice, it does not have the same influence in medical malpractice lawsuits.

It is well recognized by the judicial system that evidence and facts are disputable in a court of law.8 While some professionals view EBHC as an unimpeachable truth, expert opinions in court are welcome to disagree.8 This is because courts focus on customary practice in cases of medical malpractice.

It is up to the judge to decide if EBHC is allowed in the courtroom.8 Furthermore, some judges consider EBHC a statement made outside the court of law when the speaker was not under oath.8 In such a situation, EBHC may not determine malpractice or have influence in court rulings.11 Since EBHC is based on theories, it is important to determine how scientifically conclusive a particular study is in establishing a particular fact: A plaintiff cannot use EBHC as proof of malpractice if it is not determined to be scientifically sound.8 This establishes that the plaintiff must have definitive proof that the physician failed to meet the standard of care as opposed to having hypothetical or theoretical studies that may or may not reflect the standard of care. Treatment methods exist in the healthcare system that are of proven benefit but are not included in the standard of care. And within the existing standards of care in the healthcare system, there are those methods that are not of proven benefit.12 Therefore, a naturopathic treatment method may be weaker scientifically than conventional medicine would require, but that does not mean that it has no validity in the absence of solid scientific research to prove that it has none. If it has some reasonable therapeutic basis, although it may not be the EBHC gold standard, it may still be considered an appropriate form of treatment. Furthermore, even if not scientifically certain, the method may still be accepted as valid in court rulings if it would have been followed by enough practitioners that it would be considered standard practice. As research states, the defendant could subsequently use EBHC to justify his use of therapy, as long as enough practitioners in this particular circumstance would also adhere to it.8

However, even when evidence seems scientifically conclusive, it has its limitations.

Populations & Samples are Not Individuals

There are many variables that can determine a legal case, which makes it very difficult to apply EBHC in court.13 Like the practices of naturopathic doctors, the judicial system focuses on highly individualized cases.1,5 In medical malpractice lawsuits, the standard of practice needs to be determined, and it must be proven to be applicable to the particular circumstance of that specific case. With many variables to consider, including history, genetics, sex, age, health, and environment or context, much of EBHC cannot be accurately adopted to the individual.

In EBHC, particularly RCTs, individualized care is not preserved.1 RCTs are usually a generalized overview of cases that may not be applicable at the individual level because distinctive samples of populations are studied in RCTs that may not reflect the individual in question.3,14 The RCTs may even be inappropriate for the patient. Research confirms that patients hardly ever fit the textbook version of disease.10 For example, the patient may have multi-morbidities that would interfere with the results proven in the RCT.10 Due to these variables, and subjective analyses of provided EBHC outcomes, there will always be expert opinions in the courtroom that conflict, especially when research conflicts with or threatens powerful interests.

Another reason EBHC is not seen as an absolute power in a court of law is because of the introduction of “junk science.”7 Many critics accuse naturopathic medicine of being a pseudoscience; however, some suggest that the real pseudoscience occurs among powerful interests in a court of law.

The efficacy of EBHC is further hindered when powerful interests are threatened.15 These powerful interests fund their own research to challenge the claims made against them.15 This version of junk science is considered insufficient research when backed by tainted interests.10 Since it is well recognized that evidence and facts are disputable in a court of law and expert analyses are subjective, junk science makes it impossible to determine what is reliable. For example, when research proved the definitive health risks of smoking, cigarette manufacturers began conducting independent research and hiring paid expert witnesses to establish that the original research was inconclusive.15 This highlights another example of the : when EBHC conflicts with powerful interests, the relative efficacy and value of EBHC declines in court.

With the introduction of junk science in the judicial system, it is difficult to find consistent EBHC that follows true, rigorous research.16 As the research standard continues to be distorted by tainted interests in court, it makes it impossible to know how much EBHC has its own agenda. With so much biased research circulating within the healthcare system, it is not realistic to have EBHC be the gold standard of care in all cases.

While some worry that EBHC could become an absolute power, it is not an absolute truth.1 By discussing where EBHC is not seen as the absolute form of knowing, there is an opportunity to provide support for the validity of naturopathic practices in healthcare research.

EBHC is subjective, and its theories and methods can be flawed. Research reveals how EBHC can be biased and how it can be tailored or manipulated to reach desired outcomes, particularly in cases where powerful interests intersect.1,9 It also shows how EBHC findings are only as useful as the scientific knowledge and research methodology that are presently available, which may not reflect the interests of the individual. Additionally, it emphasizes the importance of providing proof of the standard of care over using EBHC to prove medical malpractice.

There will always be conflicting theories in EBHC. There are so many studies being conducted that it is impossible to know which is absolute. After all, they are just based on theory. Researchers state that theories are always ranked from least accurate to most accurate and they are interchangeable.9 Thus, under close scrutiny, any theory could be proven unreliable. Just because a theory is the gold standard today, does not mean it will remain so tomorrow. In the definition of EBHC, Sackett explains that if no RCTs exist in certain areas of study, the next best method in the hierarchy of evidence can be used.17

New research is also being explored emphasizing the importance of looking at all methods of evidence equally. Researchers state that EBHC needs to step away from the “outdated” hierarchy of evidence and consider individual reasoning, case studies, and clinical expertise alongside systematic reviews and meta-analyses.14,18 So, if a naturopathic doctor has been practicing in a particular manner over a long period of time that may not be supported by RCTs but has been proven to be safe and effective at an individual level, this may be considered proof enough.

If naturopathic doctors are careful, follow a comprehensive methodology, and see positive results in their patients, how can such outcomes be called a pseudoscience? Perhaps the healthcare system should work towards developing research designs and standards of evidence that accurately reflect all approaches to healthcare, respecting the fundamental entirety and spirit of EBHC, and not only the reduced focus that has become its legacy. 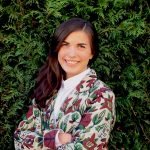 Sean Elizabeth Jackson, BA (Hons), is a naturopathic medical student at Boucher Institute of Naturopathic Medicine in British Columbia, Canada. She earned her Bachelor of Arts (Honours) in Health Studies and Global Development at Queen’s University in Kingston, Ontario. Sean has a particular interest in the politics of health and illness. She looks forward to seeing how the political climate surrounding naturopathic medicine will develop while the profession continues to flourish. 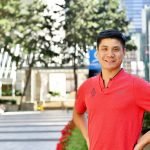 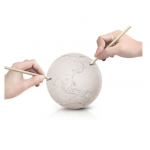 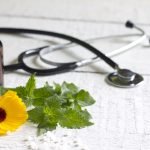 Signifiers Among Us: How Professions Take ShapeEducation