The State of Transgender Healthcare

Gender dysphoria (ICD-10 F64.9) is the lived experience of feeling an incongruence with one’s gender assignment. This experience may be present from a very young age; many transgender people report knowing they were not the gender they were told they were as early as they can remember. Some young children with gender dysphoria will ask for toys and clothing suitable to their perceived gender. Others, especially those from families where cultural gender roles are more strictly enforced, tend to remain quiet, fearing that their requests will be met with resistance and possibly anger. Others do not become aware of their true gender until adolescence or even adulthood.5 Many transgender people are rejected by family, and the rate of homelessness among transgender teens is nearly 3 times that of their non-trans identified peers due to family rejection. These teens are at a significantly increased risk for street harassment, high-risk work, HIV infection, and suicide.5

As you can glean from these alarming statistics, the transgender community is one of the most vulnerable medical communities you may see. It may also be the most resilient and inspiring group I have ever had the privilege to serve. Hormone therapy to support gender transition is actually quite simple; the most difficulty comes in trying to access other services for people who are routinely denied care because of discrimination.

The first interaction most of your patients will have is with your front office staff; therefore, it is crucial to train them in the appropriate referencing and clerical care of transgender patients. Most important is the dedication to using the patient’s appropriate pronouns and name at all times. This is the most important way to make an affirming and respectful connection, and will color all of the interactions the patient has with the clinic. Honorifics, like Mr. Ms. Sir, Ma’am, and other well-meant gendering terms can be extremely alienating if the patient does not identify with the term used. A supportive gesture is to change your intake and follow-up forms, allowing room to write in gender identity versus assigned gender, assigned name versus preferred name, and moving away from using the terms male and female to indicate a body type, instead naming the relevant body part. For instance, “People with uteruses may have atrophic tissue changes related to testosterone use,” or, “People with testes may want to consider preserving their sperm before orchiectomy.”

Interactions in the exam room should follow suit: Patients should be addressed and referred to using only their affirming gender and name. When talking with the patient, follow their lead on terms you are not familiar with, use the terms they desire and mirror them in discussions of sensitive issues. Many trans people may have other terminology for their body parts that feels more appropriate and comfortable to them. Using the terms they prefer displays a level of cultural sensitivity and builds trust. Many transgender people may have fear of medical providers because of prior maltreatment or working with inexperienced doctors. The use of informed consent is essential in all interactions to build trust and to allay worries. Always ask for clear consent before examining your patient.6

The World Professional Association for Transgender Health (WPATH) is an international organization dedicated to the health and wellbeing of transgender and gender-nonconforming people. They provide a free document called Standards of Care (SOC) on their website.7 The University of San Francisco Center of Excellence for Transgender Health has created a set of protocols for transgender healthcare based on the WPATH SOC and other current and culturally relevant medical information.6

After 1-3 months of baseline therapy, dosages may be raised to:

If the use of injectable estrogen is preferable to the patient, or required due to a history of blood clots or liver disease, estradiol valerate, 40 mg/mL, may be used at a dose of 0.25 cc IM or subcutaneously weekly. In patients who do not tolerate spironolactone well, bicalutamide, 50mg QD, can be used; however, bicalutamide is hard on the liver and is not appropriate for patients with liver disease.

For trans masculine people, testosterone cypionate, 200 mg/mL, is the most common drug used. Doses begin at 0.25 cc or 50 mg IM or subcutaneously once weekly. No estrogen suppressant is used as testosterone itself tends to suppress estrogen. Some prefer a topical option. The best way to determine dose is through lab testing. Although there is no research on appropriate target levels for hormone therapy, a serum testosterone level of 500-700ng/dL on the day before each subsequent injection, known as the trough level, is a good target, based on my research of testosterone levels and cardiovascular health in gender-conforming males.

Appropriate laboratory monitoring includes CBC, CMP, lipid panel, total estradiol, total testosterone, SHBG, and HS-CRP. These tests are recommended prior to initiation of hormones, and should be repeated every 3 months after beginning hormone therapy for 1 year, then every 6 months for 1-2 years, and then at each subsequent annual exam.

Hormone therapy poses some risks for transgender patients. Testosterone therapy can stimulate an overproduction of red blood cells in some people which is managed by reducing the dose slowly. Estradiol and testosterone therapy increase the risk of thrombosis; therefore, it is necessary to monitor hormone levels to keep them within a healthy range. Smoking and excess alcohol can also contribute to thrombosis risk, and helping your patients find healthy coping skills is important. Both testosterone and estradiol can elevate total- and LDL-cholesterol levels, and may elevate triglycerides. Because hormones are primarily processed in the liver, people on higher levels and people with liver disease may have elevated transaminases. Spironolactone is a potassium sparing diuretic, and in some trans-feminine individuals, it can cause hyperkalemia, leading to leg cramps, heart arrhythmias, and other concerning symptoms. Monitor prolactin in transfeminine people as there have been case reports of prolactin elevation and prolactinoma in transfeminine people on high-dose estradiol.

NDs have the ability to help with referrals and letters of recommendation for surgeries suggested by WPATH. Gender-affirming surgical procedures include chest surgery (commonly called “top surgery”), orchiectomy, vaginoplasty, metoidioplasty, and phalloplasty. Several studies confirm that these surgeries may be life-saving due to their effect on mental wellness. We can also support transgender patients by providing letters for the changing of vital documents so that the patient has the appropriate gender marker and name on all of their identifying documents, decreasing their risk of harassment and maltreatment and reducing their dysphoria.

Coordinating mental health care through a gender specialist may help transgender patients explore their experience of gender and process the trauma they may have experienced due to prejudice and discrimination. Post-traumatic stress disorder, depression, anxiety, and other manifestations of emotional distress may be present, and need to be treated appropriately, and not solely through hormone therapy.6 Because there is an 8-fold higher rate of gender-nonconformity within the autism community, it is also important to recognize that autism is more common in the transgender community.9

Trans youth and their families are best served by working in coordination with a therapist. Even though a child may be very clear about who they are, their parents may have emotional struggles with their child transitioning, and this will undoubtedly affect the family dynamic. Trans youth and adults should never have their identity questioned or denied.4 Conversion therapy is emotionally damaging and illegal in several states. The goal of counseling is not conversion but self-exploration, cultivation of self-acceptance, and development of skills to navigate the world in one’s affirmed gender. Family therapy should focus on helping parents and siblings accept and welcome the reality of the child’s gender, and learn how best to support their child through school, social life, and personal growth.

Sexual health exams are an important part of healthcare, but can be extremely daunting to a transgender person who has genital dysphoria and does not identify with their body parts. Many transgender people regularly avoid seeking care for sexual and reproductive issues because of fear of discrimination. A physician can combat that anxiety by using the correct name and pronoun with the patient, naming body parts by the patient’s chosen language, and emphasizing patient safety and comfort. All patients with a cervix need cervical cancer screening, and those with a prostate need prostate cancer screening, regardless of gender identity. It is important to note that trans-masculine people with a history of testosterone use are 10 times more likely to have PAP tests returned as unsatisfactory for evaluation due to tissue atrophy;10 for this reason, I advise the concomitant use of HPV testing for these patients. Screen appropriately for sexually transmitted infections and remember to ask about all forms of sexual expression and to test relevant areas, including genitals, oropharynx, and rectal areas.

The ways in which transgender people choose to make families is widely varied. Some people with a uterus choose to carry a child in their own bodies, some use a surrogate, and others have their partner carry their genetically related child. Some people who produce sperm choose to preserve their gametes for the future, and others use a family member’s gametes to have children. Still, others choose to adopt or foster children. Transgender people deserve an equal right to reproductive support, and healthcare providers should be prepared to provide information about all available options, including preservation of gametes and fertility for patients who choose surgery that will affect their reproductive capacity.

Transgender people carry the weight of one of the highest community mortality rates in the world, primarily resulting from pervasive prejudice and cultural rejection, which lead to murder and suicide. As primary care providers, we can do much to alleviate this disease of culture by creating a welcoming environment where transgender people feel seen, heard, and respected for who they are, and by offering supportive care such as hormone therapy. 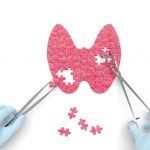 Thyroid Health in Down SyndromeEndocrinology 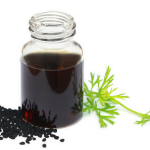