Eosinophilic Esophagitis: A Time for NDs to Shine

A 6-year-old boy presents to your clinic with daily stomach pain and frequent vomiting. Eating has always been an issue for this child. There is a strong family history of atopy, and the child has had eczema and suffers from environmental allergies. As an ND, one of the first things that comes to mind is food allergies. We may be right about this, but at what point would we send for further diagnostic workup, including an endoscopic examination? With this history, it should be one of the first things that we do. Cases of eosinophilic esophagitis (EoE) are on the rise, and precise diagnosis of this potentially lifelong disorder is important for informing treatment and clinical outcomes. In addition, I believe that naturopathic treatment is a great fit for this allergic disorder. Most of our gut-healing immune-regulating treatments have not been studied in this area. Demonstrating the effectiveness of our treatments in improving clinical outcomes and patient quality of life will expand treatment options for this disease.

Eosinophilic esophagitis is a chronic allergic condition strongly associated with other allergic conditions in patients, such as food allergies, allergic rhinitis, asthma, eczema, and environmental allergies.1,2 It is associated with a family history of allergic disorders. There is a male-to-female prevalence of 3:1 and a high familial inheritance rate, which may be due to a genetic disorder.3 All races/ethnicities may be affected, but there seems to be a higher prevalence among non-Hispanic whites.2 It is most commonly diagnosed in children younger than 3 years but can be found at any age.3 In one study,4 the median time between onset of symptoms and diagnosis was 24 months.

Infants and toddlers with EoE may present with feeding difficulties to their physician.2 The symptoms may be similar to gastroesophageal reflux but will not respond to the same medications.5 Patients will also have normal results of 24-hour esophageal pH monitoring.6

Nausea, vomiting, and abdominal pain are more common symptoms in school-age children. As the condition continues, dysphagia, chest pain, and solid food bolus impaction are presenting symptoms in adolescents and adults.2 Chronic inflammation of the esophagus leads to tissue changes and narrowing.5 Between 33% and 54% of adults develop a food impaction that necessitates mechanical removal.2 Patients often adapt feeding behaviors to avoid symptoms, so histories must be carefully taken to discover past symptoms. Children may self-limit food because of pain, so growth must be monitored.2

The current standard for diagnosis of EoE is at least 15 eosinophils per high-power field microscopy of an esophageal biopsy specimen. Multiple biopsy specimens should be obtained of both the proximal and distal esophagus. Diagnosis with eosinophil counts of less than 15 per high-power field may be made when there is strong clinical evidence of EoE.2

Influence on Quality of Life

A few studies have looked at the influence of EoE on patient quality of life. One study1 found that 15 years after diagnosis patients with EoE report a significant decrease in quality of life and increased rates of dysphagia and food impaction compared with a control group. Another study7 found that patients with EoE have concerns about swallowing difficulty and the effect of their disease on social interactions. Eosinophilic esophagitis is generally a chronic disorder that may be remitting-relapsing. Left untreated, most individuals have worsening of symptoms. It is not associated with an increased risk of esophageal adenocarcinoma.6

Dietary therapy holds significant promise for treating both the symptoms and histological findings of EoE. It may also reverse esophageal fibrosis. Dietary therapy options include the following: (1) dietary restriction based on likely allergens, (2) dietary restriction based on test results, and (3) the use of an elemental amino acid–based formula. The amino acid–based formula has had the most promising results.2

Simple IgE testing cannot diagnose all the offending foods because the allergen response to food implicated in EoE is not solely IgE mediated. Any food can be a culprit, which may necessitate a strict elemental formula diet for 1 to 3 months. Milk, eggs, nuts, beef, wheat, fish, shellfish, corn, and soy are among the most common offending foods.5 Skin patch test is useful to identify allergenic foods, but the subjectivity of the test results may decrease its sensitivity.6

The role of aeroallergens in EoE is becoming clearer. In a review of 314 cases, Larsson et al9 found a significant increase in bolus impaction during the summer and fall, especially if the patients also had atopic disorders. The authors associated this with the presence of dust mites. Another study10 showed that an increase in the diagnosis of EoE correlated with grass pollen counts in Washington state.

Because of the allergic nature of EoE, other allergic disease treatments may be effective. Maternal intake of fish during pregnancy has been shown to have a positive protective effect against atopy and allergic conditions in infants and children. Fish intake during infancy and childhood has also demonstrated a positive protective effect but not as significantly. Intake of fish oil during pregnancy has been shown to decrease sensitization to common food allergens and to reduce the prevalence and severity of eczema, hay fever, and asthma.14

The authors of a meta-analysis15 of 62 studies on nutrient intake and risk of development of allergy or asthma reported the following findings: serum vitamin A level was lower in children with asthma compared with control subjects, high maternal dietary vitamin D and E intake in pregnancy was protective against wheezing, and a Mediterranean diet prevented wheezing and atopy.

There Is So Much More We Can Do

As an ND, I feel that we have not even begun to scratch the surface of the potential for treatment options for EoE. We have so many methods to decrease allergic response, heal gut tissue, and regulate the immune system. The efficacy of herbs like quercetin, nettle, and Ulmus rubra need to be studied. We have whole systems of medicine that can address an overactive immune system, including homeopathy, environmental medicine, and Traditional Chinese Medicine. I believe that EoE presents an opportunity for us to demonstrate the effectiveness of the totality of our care on individual patient outcomes. Through tracking and publishing our success, we can expand treatment options for this difficult disease. 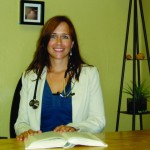 Jessica Mitchell, ND graduated from Southwest College of Naturopathic Medicine & Health Sciences, Tempe, Arizona, in 2005. During her general practice residency, she discovered her passion for pediatric medicine. In 2007, she became the first ND pediatric resident. During her residencies, she participated in 2 double-blind placebo controlled studies on biomedical treatments of autism. Articles from this research have been published in the Journal of Toxicology and BMC Clinical Pharmacology. She has worked in conjunction with the Arizona branch of the American Academy of Pediatrics on their Obesity Committee, and she is a founding member and treasurer of the Pediatric Association of Naturopathic Physicians. Dr Mitchell is currently an adjunct faculty member of Southwest College of Naturopathic Medicine & Health Sciences, where she oversees student medical rotations at the medical center and at free clinics in Phoenix. She maintains a private practice at Southwest Naturopathic Medical Center. Dr Mitchell believes that the body has the innate ability to heal itself when given the appropriate environment and nutrients to do so. She believes in using the safest and gentlest medicine first. She uses homeopathy, nutrition, botanical medicine, hydrotherapy, and environmental medicine in the care of her patients. 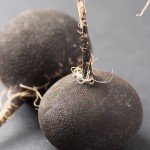 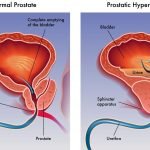