The Importance of Gut Health- Part 2

This column is transcribed from a weekly live conversation produced by the Naturopathic Medical Institute (NMI). The goal of NMI is to preserve and promote the principles of naturopathic philosophy through clinical application, in your offices and in your communities, every day. On October 11, 2017, Dr Jim Sensenig spoke on the importance of gut health. In this lightly edited transcript (by Emily Kane, ND), the second part of a 4-part article, Dr Sensenig discusses why the gut could be considered a second brain.

Work done in the earlier part of the last century considers the gut as a second brain. This concept was popularized in the 70s and 80s by a medical doctor named Michael Gershon.1 He looked at how the gut can function completely independently of any input from the brain, hence the idea of the second brain.

When it was noticed that the neurons in the gut could function without signals from the brain, one source suggested that this is more or less “on-site digestion,” ie, not having to be directed by the brain. If we had to depend on the brain to govern what was happening in the digestive tract, we could very well all be dead, because the first and most primitive of our needs is to have nourishment.

It makes sense that the gut’s surface area is so huge, since it is our first exposure to our environment, albeit our internal environment, through our foods and everything else that we are consuming.

Bacterial Load: Part of Who We Are

There was some testing done in the New York City subways, where they took thousands of swabs of DNA from all over the subway system, from the seats to the handles, etc. Half of the DNA they collected was not recognized. It was from microbes or other critters that had not been sequenced, so there was no way to identify where the DNA was from. The majority of what they did collect was from microorganisms.

One of the researchers commented that this makes it look like we are living in this huge rain-forest-type environment, where we are surrounded all the time by hundreds of millions of species of bugs that we do not even know about or understand.

We grew up in a culture where we blame bugs, in general, and we blame specific ones for illness. Not only that, but we have this belief that, for instance, if I am sick with a bug and sneeze on you, you are going to get sick too. The reality is, we are living in this ocean of microorganisms that are around us all the time, and, yes, we might be exposed to some more than others; but the idea that individual bacteria are causing some kind of illness seems rather ludicrous on the surface. Lindlahr would say in his book Nature Cure2 that it is a delightfully simple idea that a single microbe would cause a problem like that.

Many Functions and Effects

Going back to the “second brain” idea and all that nerve tissue in the gut, another way to think about it is that this is the site of initial exposures. This is where we are exposed to 90% of the microbes that we encounter. I suppose the gut has to be exquisitely sensitive; it has to be able to receive information and somehow distinguish good from bad very quickly. It has to decide, as it were, what can be let in and what cannot be let in.

Some people theorize that this is how we evolved such a highly sensitive system. That leads you to all kinds of interesting ideas that we can talk about in naturopathic medicine about one’s gut – going with your gut, feeling from your gut, and how your emotions and your external environment affect your gut, and also how your gut affects those areas as well.

In some ways this bacterial system, which is sometimes referred to as the biome, is really part of who we are. It is 3 pounds of our body weight. And it is not really separate from us. It is more like a synergistic relationship: we need the bugs, and the bugs need us.

The biome has many different functions. For example, the health of the gut mucosa is directly dependent on which critters are there, in what amounts, and at what levels. Even this new idea, sometimes called enterobacteriology, has something to do with not only which species are commensal and which ones are pathogenic, etc, but also what part of the gut they live in.

That gut bacteria partially determine our current mental state raises an interesting question about cause and effect: Is the biome determining our mental state, or does our mental state affect the biome? With many digestive diseases, we see that kind of relationship, like how stress affects the gut, etc.

The leaky gut phenomenon contributes to a whole host of problems that we are encountering in today’s clinical practice, including all kinds of autoimmune diseases, food sensitivities, inflammatory responses – systemically in some cases – and also behavioral problems, particularly the whole autism spectrum disorder.

Food can affects behavior in several ways. One of them is a direct effect of a food on the biome itself. If you have an overgrowth of yeast, specifically Candida albicans and its friends, you may have a problem with a dietary substance, perhaps carbohydrates, where there is an increase in the growth of yeast in response to the carbohydrate load, which in turn elaborates certain neurotoxins that affect behavior.

Another way that foods affect the digestive system is through humoral IgG. Although it is not a true allergic reaction, there is a delayed hypersensitivity that can affect people as well.

Some of the high-molecular-weight proteins that are not properly digested by enzymes in the alimentary canal can reach the general circulation, where they are literally attacked by different enzymes within the bloodstream and broken down through a series of bond cleavages. When large molecular-weight proteins, like casein and gluten, for example, are broken down in this way, small sequences of amino acids are released that would not ordinarily be seen under normal digestive circumstances. And these peptides have an opioid-like effect.

This was first found in some of the research conducted on autistic kids to look at why they were responding to foods the way they did. That opioid-like effect is exactly that. You may know these opioids as urinary peptides or protein opioids. The 2 that are most familiar are gliadomorphins (from the gliadin protein in gluten) and caseomorphin (from dairy protein). There are people who react very strongly to those proteins. When you take a person with a food opioid reaction off of those foods, you will see symptoms that mimic exactly opioid-withdrawal symptoms.

What does this have to do with the gut? Those foods become problematic for us only when the system that is designed to break down these foods in the digestive tract cannot do it properly and we become overwhelmed by the consequences. This is an over-simplification of it, but the gut is definitely at the base of it. In this sense, your digestive system is the center of your personal physical universe.

This is exactly what our predecessors have always told us. We have to be cognizant about our food and the quality of it. We have to eat under circumstances that allow us to digest properly. We want to be in a restful, quiet environment; we do not want to overeat; and we do not want to combine foods that have individual or specific digestive requirements.

Dealing with the Diet

I was once asked by a patient if I knew anything about the GAPS Nutritional Program. GAPS is an acronym for Gut and Psychology Syndrome.3 It is a moniker that an American-trained pediatrician, who now lives in London, has used to describe her work. Basically, she is saying that the whole of the autism spectrum, from learning disabilities and neurological and psychological disorders, to immune disorders and even frank autism, can be categorized in a way that directly relates to the gut and to foods.

Her protocol for treating these problems is to normalize gut function and deal with diet. Dealing with diet means focusing on taking things out of the diet, eliminating certain foods, and eating certain other foods.

The part of dietary changes that is often minimized or overlooked is the part about making sure the digestive system works properly and that the pH is changed. Oftentimes, people ask me if they have to be off of a particular food forever. The theoretical answer would be no, assuming we can correct their digestive function. The practical answer, though, is that many people have to be off these things forever because we cannot correct their digestive function 100% or because once the immune system is involved, it has that molecular memory where it is not going to change unless we can desensitize the person in various ways. 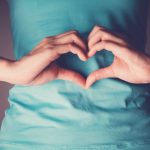 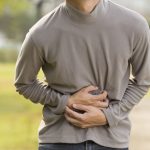