In the present era of ever-increasing toxicity of and resistance to pharmaceutical antimicrobials, healthcare practitioners that are schooled in therapeutics aligned with nature hold a unique and vital role in the treatment of acute diseases. The following cases demonstrate the power of the well-selected homeopathic remedy to bring rapid resolution to a variety of acute conditions.

Because botanical medicines, chosen to support affected organ systems, act to nourish the healing process, they make an excellent complement to homeopathy’s ability to stimulate the patient’s vitality. Frequent high doses of a botanical formula will often clear an acute condition even without homeopathic prescribing, making botanical medicine a nice fall-back for those times when the practitioner fails to select the correct remedy. In many cases, however, homeopathy is faster-acting and more effective than herbal medicines alone.

Although some of the cases presented here utilized remedies that are less well known to the average practitioner, many acute cases respond to the more common remedies, making prescribing easier for the busy practitioner or the beginning homeopath (Table 1). Although dosage strategies vary, as the following cases illustrate, in general a 200C potency administered 3-4 times over a 24-hour period is effective. If the remedy is correct, an obvious improvement in the symptoms will be evident within that time-frame. Remedy repetition is then continued as needed until the condition resolves.

The deep, gentle, often-rapid healing so frequently seen with homeopathy makes the extra study it takes to learn the modality well worth the effort.

A Case of MRSA

A 46-year-old white male presented to clinic with skin lesions that he contracted while traveling in the Amazon jungle 2 years earlier. Eruptions had been intermittent and localized to small areas, that is until just prior to his first visit, when multiple ulcers exploded to cover the entire surface of his lower right leg and foot, eroding the skin and discharging a steady flow of a sticky, yellow, malodorous exudate. The dramatically invasive and destructive nature of the eruptions created the strong impression that the poor man’s leg was being consumed alive.

The patient had previously consulted a practitioner of Chinese medicine, who had prescribed a formula of cold, bitter herbs to be taken internally along with a topical wrap, the combination of which had served to reduce his symptoms for 7 weeks; however, the progress had recently stalled.

A culture of the exudate revealed infection with methicillin-resistant Staphylococcus aureus (MRSA).

Dr Chlebowski prescribed Cryptolepsis sanguinolenta, an antimicrobial herb shown to be useful in the treatment of antibiotic-resistant Staph aureus.1 The patient was given 60 drops of a tincture orally, 3 times daily. Topical and internal Chinese herbs were continued, and the patient was given 1 dose of homeopathic Agaricus 200C.

The patient experienced a 75% reduction in symptoms within the first 2 weeks. Sensations of tingling and pin-prick, needle-like pains had disappeared, and remaining lesions were confined to a few small areas that continued to discharge purulent exudate. In keeping with Hering’s Law of Cure, proximal lesions disappeared first. Healing then progressed down the leg, with distal lesions of the ankle and foot being the last to resolve.

The patient also reported an overall feeling of well-being and the resolution of some dull “brain fog” after taking the remedy. He was instructed to continue all internal and external herbs. The remedy was not repeated.

Two months into treatment there was no longer any evidence of MRSA. All lesions had completely resolved and the patient’s skin was once again healthy. Although only 1 dose of homeopathic Agaricus was needed to stimulate the patient’s innate healing mechanisms, Cryptolepsis and Chinese herbs were continued for several more weeks to nourish the immune system, offer liver and GI support, and prevent recurrence.

Cryptolepsis sanguinolenta has a broad range of activity against both gram-positive and gram-negative bacteria.1 The relatively low and infrequent dosing of the herb in this case suggests that it acted more supportively than curatively – a role that is not to be underestimated.

Agaricus was selected not just because of the acute symptoms of stinging and prickly, piercing sensations, but also because it fit the whole patient. This man’s attraction to the use of hallucinogenic plants in his spiritual practice, combined with his relatively fearless, youthful personality,2 strongly suggested Agaricus. A history of sciatic pain confirmed the prescription, as homeopathic Agaricus is often efficacious in the management of radicular pain.2,3

A Case of Mastoiditis

An 83-year-old white male came into clinic early one morning complaining that he had awakened early that day with intense throbbing pain behind his left ear that radiated down his neck. He attributed his symptoms to having spent several hours the day before with his head tilted back while installing a ceiling fan.

Examination revealed a left mastoid process that was hot, red, swollen, and exquisitely tender to palpitation. The pinna was displaced and tender to the touch, but surprisingly the ear canal and tympanic membrane were normal, showing no signs of the otitis media usually evident in these cases.

Cervical lymphadenopathy was pronounced (4+/4+) extending from the mastoid process to the clavicle. The patient had a fever of 102.2°F, as well as chills and “intense” myalgia. Despite the absence of otitis media usually present in these cases, the diagnosis of acute mastoiditis was obvious.

Despite the intensity and sudden onset of the patient’s symptoms, Dr Breiten elected to initiate homeopathic treatment with Silicea 10M. Although Silicea is not usually indicated for fast-paced conditions, it is an important remedy for infections in bones and it came up strongly in the repertorization. Dr Breiten’s main rationale for starting with Silicea lay in the fact that the remedy had been successful constitutionally for this patient in the past.

Dr Breiten then called Dr Frances, who was just walking into the NUNM clinic where she was scheduled to supervise 3rd and 4th-year naturopathic students in clinic.

“I’ve never seen a case of acute mastoiditis,” Dr Frances replied. “Let me run it by the students. Who knows what they’re learning?”

When the case was presented to the students 20 minutes later, Dr Frances was surprised at the immediate response.

Dr Frances called Dr. Breiten immediately. “Take a look at Capsicum,” she suggested. “Give him the highest potency you have and repeat it often.”

Dr Breiten gave the patient homeopathic Capsicum 200C, the only potency she had on hand. He began to respond quickly after the second dose, with a significant decrease in pain and redness and diminished swelling of cervical lymph glands. By the next day he was out of the woods and doing much better.

The acute infection resolved quickly and completely, and although he was left with some residual symptoms of low-level, intermittent sharp pains, he was soon able to return to his previously active life of bicycling, Tai Chi, and fixing things.

This case illustrates the gifts and potentials of our students and their teachers, which in this instance were impressive!

A Case of Herpetic Neuralgia

A 36-year-old white female presented to clinic complaining of “extreme pain” in her right-upper back at the level of T-1. Symptoms had started 3 weeks earlier with myalgia that soon progressed to severe “bone crushing” pains, as if she was “being electrocuted.”

She rated the intensity of the pain as a 9 out of 10. The slightest touch to the affected area initiated excruciating pain and she was unable to lie on the affected side. Sleep was impossible.

Objective findings revealed an outbreak of small vesicular lesions consistent with a herpetic eruption, running along the right-upper trapezius muscle and into the rhomboid. Lymphadenopathy of right posterior cervical nodes was also evident. Homeopathic Argentum metallicum 200C was given.

Twenty-four hours later she reported huge relief from the electric sensations and said she had slept through the night. Within another 2 weeks, skin lesions were 90% improved and the neuralgic pain was completely resolved.

Although homeopathic Rhus tox is often used to treat homeopathic Rhus tox, it is not the only remedy. The predominance of neuralgic pains in this case suggested another remedy entirely. Argentum metallicum is specific for neuralgic pains with “marked electric sensations” and “electric shock sensations” that disturb sleep.3 The affected areas will often be worse from touch.4

Naturopathic physicians have the tools to treat even the most severe infections without antibiotics. As pharmaceuticals wane in potency, it becomes ever more imperative that we develop our skills in treating acute disease. It is not our medicine that is lacking, only our skills to apply it effectively; however, with enthusiasm and commitment, this can be changed! 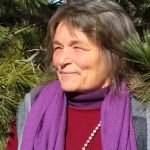 Deborah Frances, RN, ND, practiced homeopathy and nutrition as a registered nurse before graduating from NCNM (now NUNM) in 1993. She practiced in rural Oregon for several years before returning to Portland to teach at NCNM. Dr Frances has been a popular lecturer at conferences around the country and has taught as adjunct faculty at both NCNM and Bastyr. She has taught classes on herbal medicine, acute prescribing for NDs, dream work, and shamanic healing. She is strongly influenced by the traditional teachings of her Lakota ancestry. Dr Frances is the author of Practical Wisdom in Natural Healing, available at drdeborahfrances.wordpress.com. 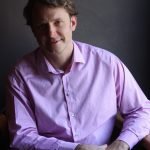 Chris Chlebowski, DC, ND, is a homeopath, chiropractor, and naturopathic physician. Dr Chlebowski graduated from Western States Chiropractic College in 2007 and from NCNM in 2011. He and his family live and work in Ashland, OR, where he owns and operates an integrative clinic focused on the treatment of difficult, chronic disease. Although his work is always built on a firm foundation of homeopathy, botanical medicine, and nutrition, he also utilizes hyperbaric oxygen, IV therapies, and many other modalities. 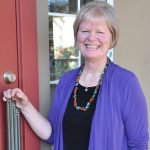 Valeria Breiten, RD, ND, CCH, had a first career as a registered dietitian in hospitals and universities in the Northwest. Dr Breiten attended SCNM, graduating in 2001. She practiced in Chandler, AZ, and is on the faculty at the American Medical College of Homeopathy in Phoenix. She took a 6-month sabbatical to Europe this year, where she had the opportunity to study in Greece with homeopath George Vithoulkas. Dr Breiten practices in Ashland, OR. Her website is www.DrValeria.net. 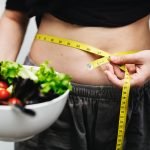 Gut Dysbiosis: An Underlying Cause of ObesityGastrointestinal, Geriatrics 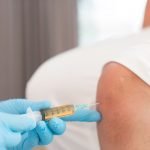 Modern Nature Cure: Using Your Own Cells to Heal OsteoarthritisGeriatrics