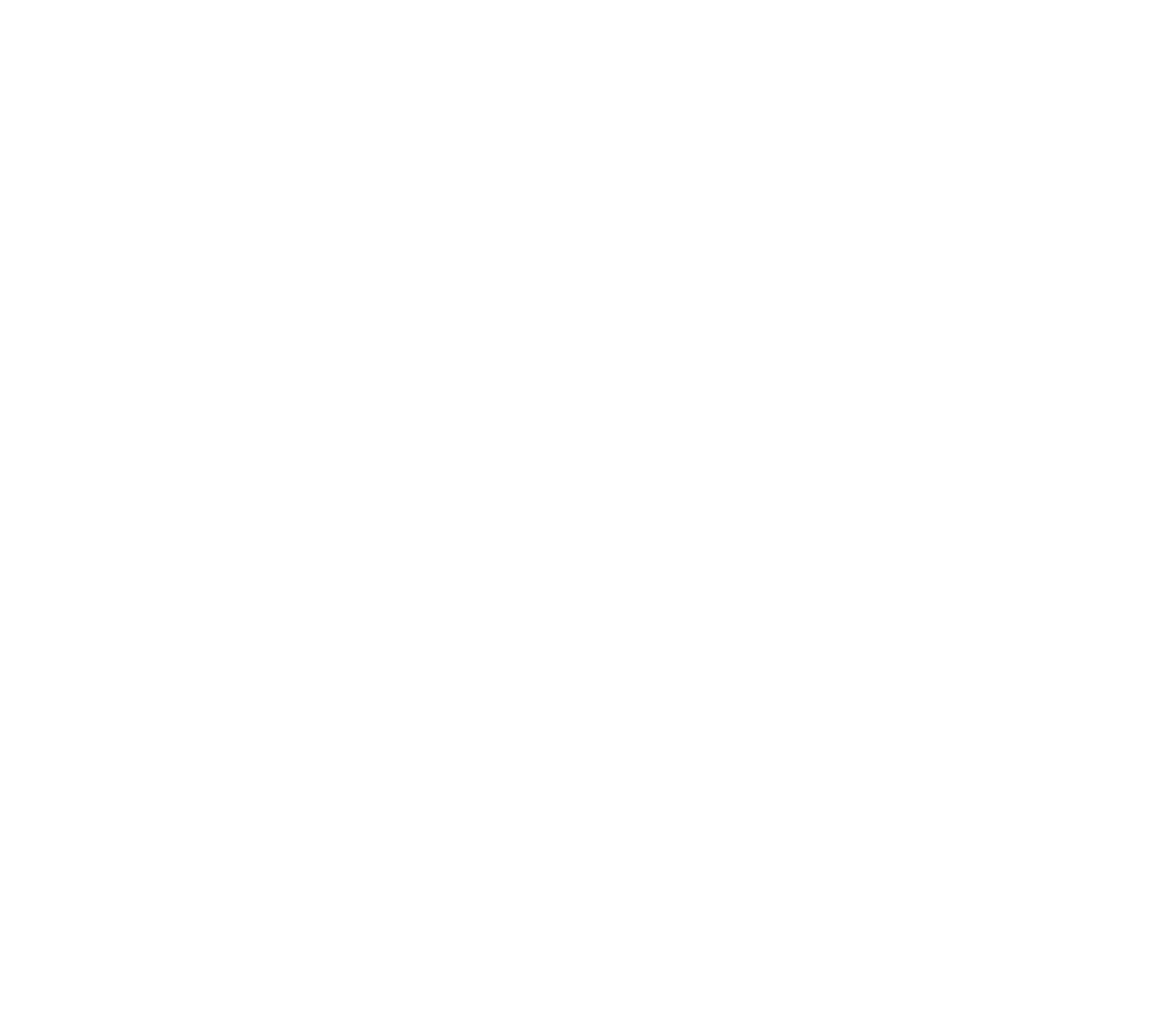 Gut Dysbiosis: An Underlying Cause of Obesity

The obesity epidemic has long been recognized as a fight against excessive calorie consumption and a sedentary lifestyle. Despite these well-known contributors, obesity rates continue to rise. In the United States, obesity prevalence for adults 18 years and older has risen steadily, from 19.4% in 1997 to 31.4% in 2017.1 Obesity is associated with chronic, low-grade inflammation and an increased risk of mortality, and incurs major social and economic expense.2,3 Obesity can have serious health consequences, such as type 2 diabetes mellitus, cardiovascular disease, pulmonary hypertension, obstructive sleep apnea, gastroesophageal reflux disease, musculoskeletal disorders, a variety of cancers, and many psychosocial concerns.3,4 With nearly one-third of Americans now living with obesity,1 a new approach, alongside calorie restriction and exercise, is desperately warranted.

A shift in focus toward genetic and environmental factors influencing obesity has created new opportunities for treating this epidemic.2 In this article, we take a look at how dysbiosis of the gut microbiota plays a significant role in chronic inflammation, increased caloric extraction from foods, increased adipose storage, and the various metabolic disorders associated with obesity.

A Brief Review of the Gut Microbiota

The gastrointestinal microbiota, also known as the gut flora, consists of microorganisms that live among the epithelial cells lining the stomach and intestinal tract, including fungi and both commensal and pathogenic bacteria. The gut flora is essential in supporting the immune system, epithelial turnover, gut motility, drug metabolism, degradation of dietary toxins and carcinogens, nutrient absorption, and the metabolism of indigestible dietary constituents.3,4 A healthy human gastrointestinal tract (GIT) contains trillions of bacteria, with an estimated 10×12 microorganisms per mL of luminal content.3 Evidence suggests that by a baby’s first birthday, his or her gut microbiota is fully developed but remains susceptible to factors such as gut pH, introduced organisms (including infectious), medications, disease state, oxygen, diet, and nutrient availability.2 Needless to say, the gut flora is in constant flux.

Even within the GIT, the types of organisms and concentrations vary. Most notably, the upper portion of the GIT contain primarily aerobic bacterial species of relatively smaller proportion (107-109/mL), while the bacteria in the lower portion are mainly anaerobic and greater in number (1010-1012/mL).3,4 The ileocecal valve is considered the transition point dividing the primarily aerobic bacteria in the small intestine from the primarily anaerobic population of bacteria within the large intestine.4

How the Gut Microbiota Affects Obesity

Bacteria represent the most common microorganism in the gastrointestinal microbiota. Within the bacterial genera, more than 90% of the human colonic microbiota consists of the phyla Bacteroidetes (ie, Bacteroides) and Firmicutes (ie, Ruminococcus, Clostridium, Peptostreptococcus, Lactobacillus, Enterococcus).3

Studies (both animal and human) have found a relatively low Bacteroidetes:Firmicutes ratio in subjects with obesity compared to lean subjects.2-5 In one study, genetically obese mice had 50% less fecal Bacteroidetes and 50% more Firmicutes than their lean littermates, independent of changes in food consumption.6 Ley et al produced similar results with human obese patients, and when the patients were followed after weight loss, their intestinal flora showed a relative increase in Bacteroidetes (from approximately 3% to 15%) and a decrease in Firmicutes, which correlated with the amount of weight loss regardless of dietary consumption.7 Comparable findings have also been found with some disorders commonly associated with weight loss, including IBS, infectious colitis, Crohn’s disease, ulcerative colitis, and anorexia nervosa.4

Several animal studies comparing conventionally raised mice with germ-free mice clearly depicted a connection between gut dysbiosis and obesity. One study8 found elevated fat content (42% higher total body fat and 47% higher gonadal fat) in normally raised mice compared to germ-free mice, despite less daily calorie ingestion by the former. In this same study, a portion of the distal intestine microbiota from the normal mice was then transplanted into the germ-free mice while keeping all parameters of diet and energy expenditure constant. Within 2 weeks, the germ-free mice displayed a 60% increase in body fat, along with signs of insulin resistance, adipocyte hypertrophy, and increased leptin and glucose.8

Bacterial lipopolysaccharide (LPS), a bacterial byproduct of gram-negative bacterial cell walls, may result from a high-fat diet and be a key link between systemic inflammation and obesity.2,3,9 LPS influences the innate immune system such that it impacts the regulation of inflammation, insulin resistance, and adipose tissue plasticity.4,9 A human study found LPS concentration to be independently associated with total energy intake, but not specific macronutrient intake, in French subjects. In mice, however, the same investigators found that a high-fat diet specifically increased endotoxemia through LPS release from gram-negative bacteria.10 In this study, the mice were fed a diet containing 72% fat (corn oil and lard), 28% protein, and <1% carbohydrate for 4 weeks. It has been suggested that, at least in mice, a high-fat diet causes chronic metabolic endotoxemia by increasing LPS release and binding to CD14, which triggers inflammatory cytokines that promote obesity, insulin resistance, and diabetes.9

Archaea is another common anaerobic microorganism in the GIT, with the Methanobrevibacter smithii species comprising the vast majority of them.3,11 M smithii is a methanogen and is aptly named because it utilizes hydrogen from fermented polysaccharides – mainly undigested carbohydrates from plants – to produce methane gas as a byproduct.11 Indigestible polysaccharides or cellulose are commonly known as insoluble dietary fiber. The long, unbranched chain of glucose units that make up cellulose are held together by hydrogen bonds that are indigestible by human enzymes but which can be fermented by some microorganisms in the large intestine.12

Following fermentation by methanogens, the body excretes the methane byproduct primarily via flatus, while a smaller amount is measurable in the breath.11 Excess methane production has been associated with constipation, including constipation-predominant IBS, but is also featured in small intestinal bacterial overgrowth (SIBO), as well as metabolic diseases such as obesity.11 Various animal and human studies have suggested the possibility that methane delays intestinal transition by decreasing ileal contractility, increasing peristaltic amplitude and potentially acting as a neuromuscular transmitter. This delayed transit time not only promotes inflammation, excess gas accumulation, and constipation, but also allows for pathogen overgrowth and may negatively affect the vagus nerve.11

Methanogens have also been found to enhance the metabolism of anaerobic bacteria.3 Animal studies have demonstrated that an increase in energy extraction from a high-polysaccharide diet is correlated with a decreased Bacteroidetes:Firmicutes ratio and low-grade inflammation in the gastrointestinal tract.2 One proposed mechanism of action involves anaerobic fermentation of dietary fiber, proteins, and peptides by bacteria to produce short-chain fatty acids (SCFAs) as byproducts (acetate and propionate by Bacteroidetes, and butyrate by Firmicutes).2,5 These SCFAs then affect the immune system, glucose homeostasis, metabolism of fats, and insulin sensitivity.

The increased energy acquisition from anaerobic fermentation is then stored as fat in adipose tissue and the liver.3 Said another way, the Methanobrevibacter spp may be a potential weight-management target regardless of changes made to a person’s diet or exercise regimen.

So far, we have seen that a diet high in fat or insoluble fiber may trigger gut dysbiosis and the onset of chronic inflammation and obesity. We will now explore a potential diet that might help reduce weight in obese individuals – a high-polyphenol diet. Polyphenols are mainly known as antioxidants with protective actions against cancer, cardiovascular disease, and inflammatory diseases that cause degeneration, but they also contain antimicrobial properties.13 Polyphenols consist of a large group of compounds, including benzoic acid, flavanones, flavones, flavonols, isoflavones, stilbenes, lignans, anthocyanins, proanthocyanidins, and hydroxycinnamic acid.13 The main dietary sources of polyphenols are fruits, grain vinegars, teas (green and black), and coffees, with a smaller amount from vegetables (especially onions and broccoli), cereals, legumes, and red wine.13

Human and animal studies have shown that a high-polyphenol diet (eg, apples, pears, grapefruit, wine vinegar, and green tea) is associated with a significant reduction in body fat and weight in obese subjects.4 These studies found that the gut microbiota metabolizes polyphenols by breaking the glycosidic linkage to produce glycans, a necessary nutrient for colonic microbes.4 However, not all organisms have the same response to glycans; for example, the Firmicutes bacteria have fewer glycan-degrading enzymes compared to the Bacteroidetes bacteria. As previously mentioned, lean individuals tend to have a relatively higher Bacteriodetes:Firmicutes ratio compared to obese individuals.2-5

Through animal and human studies we have seen that the type of diet, and not just the number of calories in food, can set the stage for gut dysbiosis and the development of chronic inflammation, obesity, and various metabolic diseases. Diets favoring Firmicutes and archaea growth (ie, high-fat and high-polysaccharide diets, respectively) appear to have negative effects on digestion, energy extraction, and intestinal bacterial growth, whereas diets that increase Bacteroidetes counts (ie, high-polyphenol) appear to be protective. Additional research is needed to further identify factors affecting the gut microbiota and understand the specific mechanisms of action involved. While no substitute for physical activity and appropriate caloric consumption and dietary recommendations, manipulation of the gut microbiota is a promising approach in the treatment of obesity. 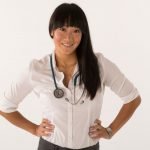 Alison Chen, ND (inactive), is the author of What Your Poo Says About You. She is also a co-creator of the Naturopathic Doctor Development Center and the winner of the Canadian College of Naturopathic Medicine’s Humanitarian Award. Her background in competitive gymnastics, her volunteer work in Africa, and an honors degree in biology give her a well-rounded view for living well. Originally from Toronto, Dr Chen travels the world with her husband and son. Learn more at: www.dralisonchen.com/insider. 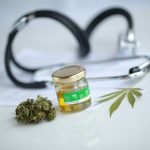 CBD Use in the United States: A Cross-Sectional Study & PerspectiveGeriatrics, Pain Medicine 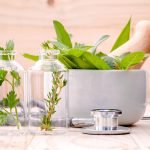