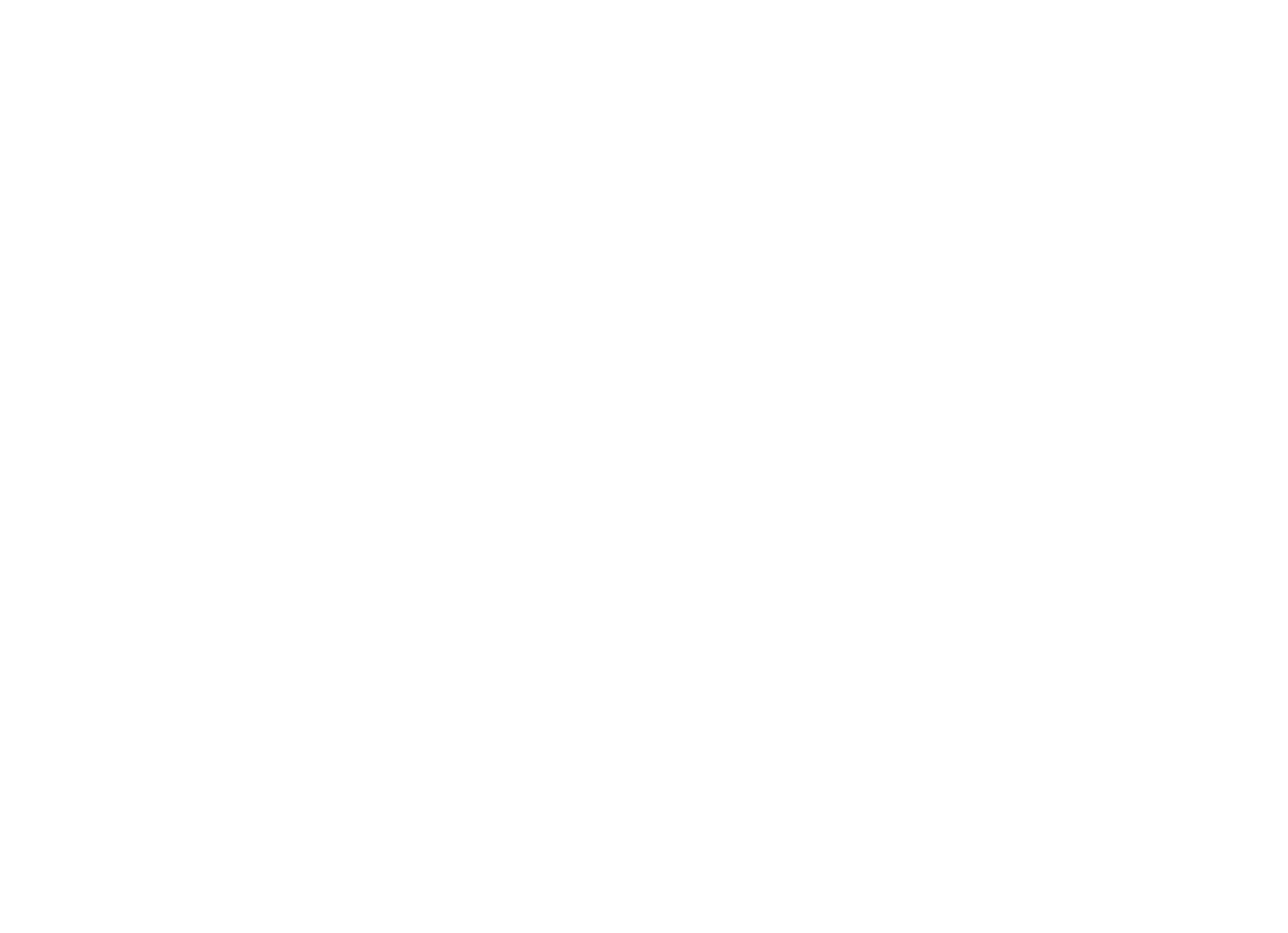 A Homeopathic Perspective on Fatigue as an Endocrine Issue

“Homeostasis is the establishment of a balanced relationship between the dietary, hormonal, and nervous functions (systems) of the body. The purpose, therefore, in Endocrinology is to strive primarily to attain this state of balance and secondarily, to maintain this balance by a state of mutual reciprocity.” – John Tintera, MD

How often have you, like me, seen patients who are tired out and just can’t regain their normal energy despite visiting their MD and/or taking supplements they think will help? A lot of these people with fatigue identify their symptoms as hypothyroidism and come to me because they think they have a thyroid problem. Often they have been told that their blood work is normal, but they know that they could be feeling better; in fact, they remember a time when they were feeling better. I am continually amazed how, when taking their history and listening to their current symptoms, they consistently fall into one of two categories.

Most of my patients complaining of fatigue paint a complete picture of a pattern which I understand as a homeopathic miasm, or reactional mode. I explain to my patients that their reactional mode relates to how their cells are able to eliminate, and the compensatory mechanisms the body adopts when the cells do not eliminate effectively. I avoid the use of homeopathic terminology with my patients because it is misleading and unnecessarily alarming. Can you imagine being labeled Sycotic – they might respond that I am the one that is psychotic! Or called Tuberculinic – they might fear they have tuberculosis or might get it. I will explain my understanding of the two relevant miasms by name and how the understanding of their patterns leads to efficient and effective treatments, even without using homeopathic remedies. As the Psoric and Luetic (or Syphilitic) miasms do eliminate on the cellular level, one as an intense dramatic episode with the relative return of health, the other unpredicatably and paradoxically, I will not go into them. The miasms I am focusing on are the ones that do not eliminate well on the cellular level – the Sycotic and Tuberculinic miasms.

What happens on the cellular level that causes an organism’s cells to have insufficient elimination? Much has to do with hereditary factors and medical treatments earlier in life. A person can be born Sycotic, with an accumulation of the mother’s toxins and insufficient energy to eliminate them. A Sycotic state can be induced by any suppression of a normal elimination, such as the cessation of normal menstruation from birth control pills. An infection such as Gonococci or other venereal disease, E. coli, yeast or other fungi with an ineffective response from the immune system will lead to Sycosis. Removal of the appendix, spleen, or tonsils, which constitutes an inappropriate action on the reticulo-endothelial system (RES), will throw a person into Sycosis. As well, any immunosuppressive intervention such as vaccines, antibiotics, hormones, especially cortisone, can clog the RES resulting in Sycosis. Once two or three systems are affected, the cells are not eliminating effectively and the Sycotic state is evident. Since an organism cannot live without eliminating its cellular wastes, it has to develop a strategy of compensation. Since the cellular wastes the Sycotic cannot eliminate are not water soluble, the body tends to put them in fat and retain water in order to dilute them. The result can be edema and cellulitis, sometimes leading to hypertension. There may be secretions which look like an elimination, but are actually overflowing of toxins. To protect the vital organs, the organism starts building an internal garbage dump for the cellular wastes in the form of warts, condylomata, and benign tumors (lipomas, fibroids, etc). At extreme stages, the organism will dry out, resulting in sclerosis and retraction.

The alternate way of dealing with retained cellular wastes is the strategy of the Tuberculinic miasm. Hahnemann did not describe this miasm because it did not exist before 1880. The tuberculosis pandemic around 1900 coincided with a maturing of humanity as seen as an increased ability to give meaning to things and the Tuberculinic miasm. The first effort of the Tuberculinic is to accelerate the metabolism in order to eliminate cellular wastes. This can look like spurts of inflammation, a tendency to low fevers, palpitations and tachycardia with increased blood circulation, all of which are ineffective. When the liver can no longer process the toxins, there is elimination through the secondary emunctories, the mucous membranes and the skin, along with inflammation in the serosa such as synovial joints and pleura. As the wastes get stuck in tissues, lymph nodes swell, veins congest, and there is less variability of symptoms. There is susceptibility to fatigue and cold and the immune system is less effective, evident in the inability to mount a fever. The organism will sacrifice part of itself to protect the whole by demineralizing the bone and using the calcium as a defense. The lung is primarily affected, and there will also be microcalcifications in the breast, osteoarthritis, and arteriosclerosis with corresponding osteoporosis.

As Dr. Tintera states in the opening quotation, our purpose in treatment is to re-establish homeostasis. He identifies diet, the hormonal system and the nervous system as important to balance. I find that I must balance all the homeostatic systems as well as re-establish the cells’ ability to eliminate their toxic waste products efficiently. I know the homeostatic systems are balanced when there are minimal remaining symptoms characteristic of that miasm. For reference, following is a list of tendencies by homeostatic system for both the Sycotic and Tuberculinic miasms, along with dietary recommendations.

Hormonal: Hypothyroid with resulting stress on the adrenals, obesity from endocrine imbalance

Circulatory: Lymphatic water trapping from toxins which are not water soluble, leading to sensitivity to humidity in all but end stages, fatigue from the trapped water

Electrolytic: Infiltration of superficial tissues which can decompensate to tissue drying out with sclerosis and retraction

Neurological: Hyperemotional as when everything is blown out of proportion (often lovesick, grief) with autonomic nervous system dysregulation such as palpitations from emotions, to the extreme of panic attacks; problems with self-identification and communication, can live in dreams and imagination

Metabolic: Hepatic insufficiency resulting in torpid eliminations from the skin and mucosa (secondary emunctories) which do not resolve, and inflammation in any of the serosa (plueritis, arthritis, etc.)

Electrolytic: Demineralization (as an immune strategy) leading to osteoporosis and osteoarthritis

Following is what Dr. Tintera, who was at the frontier of spreading awareness about low adrenal function in his day, found as clinical symptoms of hypoadrenocorticism as compared to hypothyroid symptoms. 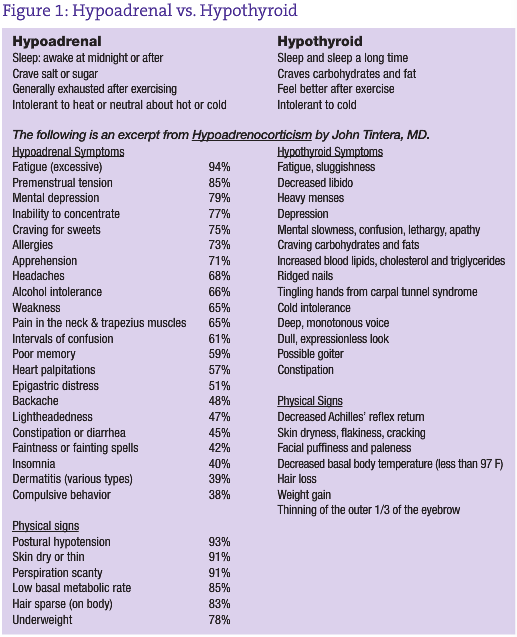 I find that having the miasmatic understanding of the symptom picture rounds out a history and leads me to treat the whole person, not just an adrenal or thyroid imbalance. You will see how I do this in these case studies. And that fulfills me as a naturopathic physician.

cc: self-diagnosed as having a thyroid problem, but blood tests were normal, weight gain and basal body temperature of 97.1 F, oral 96.5 F

trauma 4 years previous when her brother committed suicide; responded by weakness, body shaking, crying, easy to startle; interrupted goals, took 2 years off school, but subsequently completed school and is in a new job as a paralegal

thyroid reflexometry test: 0.096 seconds, which is in the optimal range

Treatment: she was motivated, so modified diet to gluten-free and dairy-free, eat frequently to avoid hypoglycemia, eliminate coffee, excess sugar

On return one month later:

no diarrhea, firmer and less frequent stools, no stomachaches

not as cold, kept apartment at lower temperature in winter

memory better in her job, no brain fog

Notice that I did not even start to treat with homeopathic remedies yet, and with the understanding of miasm through symptom analysis, confirmed with an in-office test, a treatment plan was instituted to balance the homeostatic systems achieving considerable improvement in all areas.

hot flashes with perspiration 3x day, wakes her at night at 3 – 4 AM and can’t get back to sleep

she feels like she could have more interest in life

anxious because she wants everything to go smoothly

was the oldest of 5 in birth family, had a lot of responsibility, liked being helpful, mother did not feel well all the time

works hard, wonders if she will have energy to handle it all

more tired in the morning, hard to get started

tends to be fussy about details, likes to do things “right”, does not like changes

gets headaches with pressure in the back of the head, ears get plugged changing elevations, pain in ears when flying

tonsils removed at 5 due to repeat infections

in 20s had nervous stomach, reacted to stress

face infiltrated around the eyes

more energy, not dragging; motivated to get ready for a trip

sleeps better; still hot flash will wake up but short duration, no panic feelings and gets back to sleep

overall less irritable, not as anxious about having lunch ready for the clients on time

stomach not right, possibly upset by airport food, hurts under right ribcage to central abdomen, did some castor oil packs

thyroid symptom survey: 19/60 with none rated as severe, but more of the symptoms rated as moderate

Further treatments centered on the hormonal, immune and circulatory (including lymphatic) systems as those are the most affected in the Sycotic patient. The other homeostatic systems were also treated as symptoms arose.

Notice how the symptoms fit the Sycotic tendencies of the homeostatic systems. The thyroid symptoms survey is very subjective, notice how when she was improving, she rated more symptoms. It is in contrast to the Tuberculinic patient, who had a higher rating on her fatigue. The discrepancy could be due to individual subjectivity, or the fact that hypothyroid patients are dulled to their reality.

Cheryl Kasdorf, ND maintains a pri-vate practice in Cottonwood, Ariz. Her specialties include homeopathy and Unda drainage, Bowen technique and craniosacral therapy, as well as lifestyle counseling. Her passion is to assist others in activating the healing process with the least amount of outer resources, and tapping into the greatest of one’s inner resources. To that end, she teaches The Ishayas’ Ascension. She finds these techniques are the gen-tlest, most easily achieved, most effective and most natural method of meditation. 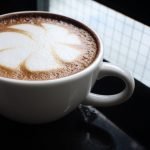 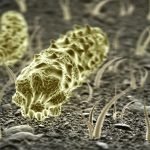