Supporting the Treatment of GI Disease with IV Therapy

The current Merck Manual lists 14 main gastrointestinal disorders, with up to 14 subdivisions within each of the principle groupings (Beers, 2006). Add to this the finding that many other disease states affect the gastrointestinal tract significantly, and both give us a strong reminder that our gut has a major influence on our health. Intravenous (IV) therapy can be a useful adjunct to the oral treatment of gastrointestinal diseases.

By the time symptoms of disease have made their appearance, it is sometimes too late for oral vitamins and minerals to make much difference. Nevertheless, these same vitamins and minerals, given intramuscularly (IM) or intravenously, can benefit many diseases. At first glance, this looks like a contradiction. If nutrients can be used to handle disease, should it matter by which route they enter the body? We would like to explore in this article the benefits of using IV method for GI cases.

We know that the health of the GI tract affects the overall health of all body functions and the well being of every individual. We approach the problem of disease as a problem of the cell. What the cell needs to be maximally healthy is always found in nature. However, to be effective, these nutrients must be admitted into the cell.

The only way to obtain this high concentration is by IV or IM administration. With the GI cells, we observe that the transport and absorption cannot occur fast enough to have a high-concentration gradient for the remainder of the body. The IV route is especially useful for this purpose, because little time is required for absorption from an injection site as within a muscle. When oral absorption is not effective, the parenteral route proves most beneficial.

The accompanying case studies illustrate the wide diversity of causes and treatments for gastrointestinal complaints.

A 59-year-old female presented with an acute flare-up of chronic diverticulitis. She was first diagnosed nine years ago and typically had acute flare-ups every 4-6 months, but recently the recurrences had been more frequent. She was hospitalized in 2002 for a particularly severe episode. Her last doctor visit was two weeks prior to this visit and she was prescribed antibiotics for 10 days, during which time probiotics were taken between antibiotic doses. She had an appointment scheduled in four days with her gastroenterologist for a colonoscopy; he suggested that surgery may be the best treatment for her condition. He also wanted her to go back on antibiotics, which she would prefer not to do.

Prevention and treatment rationale: IV therapy to treat current infection. A whole-food, high-fiber diet with sufficient water intake helps prevent the occurrence of diverticulosis. Exercise is also a valuable preventive. The frequency of diverticulitis episodes can be lessened by avoiding substances that contribute to bowel inflammation, such as processed foods or foods one is sensitive to, and by eating foods and taking supplements that are soothing and anti-inflammatory to the gut.

A follow-up phone call was made two days later, and the patient stated that she felt 70% better and had cancelled her appointment with the gastroenterologist.

She came in the following day for a follow-up IV therapy infusion using the same protocol. After two weeks she was experiencing no symptoms. Over the following three months she felt well and used the fortifying supplement whenever mild symptoms returned. The patient was then put on a maintenance program with preventive measures:

A 75-year-old female presented with symptoms of gastritis, including nausea without vomiting, pain, belching, bloating and burning feeling in stomach, loss of appetite, foul taste in mouth and occasional diarrhea. Her GI symptoms have built up over the last month. She also admits to generalized muscle pain. Her diet is organic whole food, all of which she and her husband grow and raise on their farm. Her recent medical history includes fatigue, weight gain, poor sleep and diminished cognition. Her blood pressure was low (97/69) and other vital signs were normal. Abdominal exam showed tenderness, without rebound tenderness, in the upper quadrants. Lab tests were ordered, including CBC, comprehensive metabolic panel (CMP) with lipids, stool culture with ova and parasites, stool occult blood and Helicobacter pylori antibody test.

The lab results were received in two days and those of note were: CBC showed a normal WBC count and absence of anemia. CMP revealed a fasting glucose of 120, TSH of 4.59 and other values normal. Stool culture showed no pathogens, no ova or parasites and negative occult blood. H. pylori antibody was positive.

The patient did not want antibiotics. She started an oral treatment to eliminate H. pylori and was instructed to follow the program for three weeks.

Since the patient’s TSH was greater than 2.0, she was prescribed 30mg natural desiccated thyroid once daily before breakfast.

After three weeks, her GI symptoms had resolved, muscle pain had decreased by 50% and her energy level was improving. To maintain good digestion, she was instructed to drink 1-3tsp apple cider vinegar prior to meals and to use bitters as well.

A 27-year-old female presented with ulcerative colitis and extreme fatigue of two years’ duration. Symptoms came on abruptly while in daily swim practice in 2005. Previous to illness, the patient was pursuing law school and swimming up to five hours a day. In the past two years, she had been to four gastroenterologists and had undergone upper and lower GI studies with biopsy, which revealed marked inflammation and colitis in the large intestine and inflammation of the esophagus consistent with reflux; final comment, “However, infectious etiologies should be excluded.” Medications of mesalamine, bupropion hydrochloride, escitalopram oxalate and prednisone were initiated two months prior to her visit in our clinic.

At a previous visit with an ND, GI health and thyroid panels were done. She was referred for EAV testing to assess food intolerances and IV therapy to address fatigue. Patient was receiving acupuncture for pain in the LUQ of the abdomen and reported the therapy to be “very helpful.”

Upon presentation to us, the patient was obviously quite fatigued; lethargic; very pale; and exhibiting slight, uncontrollable muscle tetany, which she reported as a new symptom. Other symptoms included bloating, episodes of bloody diarrhea, excessive sleeping, night sweats, activities of daily living significantly affected by fatigue, anxiety, depression and recurrent UTIs. She also reported a fever of 100 degrees Fahrenheit (F) for the past year. She was unable to work, continue her education or be physically active, and ultimately had to move in with her mother to be cared for. Her past medical history included cholecystectomy for unknown reasons.

The patient’s fatigue decreased moderately with weekly IV therapy. Adrenal insufficiency was suspected, and an Adrenal Stress Index (ASI) was ordered. Previously ordered blood work showed a normal TSH, normal free T4 and slightly lowered free T3 – presumably from the two years of illness. Ferritin was also low. The patient was placed on the following supplements per previous doctor: Iron citrate 25mg bid and glandular thyroid replacement (1/4grain before food in the morning), which she discontinued after some weeks, as she felt no improvement. She also began eliminating offending foods determined by EAV testing from her diet.

The patient continued weekly IV therapy and was immediately started on the following oral supplements:

At a follow-up appointment one week later, the patient was feeling significantly better. Her pallor was diminished, her lethargy was markedly decreased and she stated that she felt her life had been given back to her.

Within three weeks she was no longer exhibiting GI symptoms. Other than waves of flu-like symptoms as Herxheimer reactions occurred, she reported feeling better than she had in years. “It’s like death and life.” Bloating was absent; sleep hours had regulated; ulcerative colitis episodes had not occurred “in weeks”; and bowel movements were well formed and had increased to 2-3/day (up from one episode of diarrhea daily). The patient had begun light exercise and was able to participate in activities of daily living once again. Recent lab work showed a lowered serum 25,OH vitamin D of 43ng/mL initiating emulsified vitamin D, dosed at 10,000 IU/day for 1 month as well as a multi-vitamin, 2 caps tid. 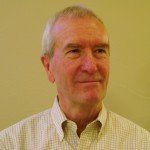 He has been in private practice in Bozeman, Mont., starting in early 2004. His practice, Alpine Physicians Health Center, focuses on the nutritional treatment of many common diseases, intravenous nutrient therapies and chelation. Neuroendocrinology is another focal point, balancing hormones and neurotransmitters to help heal mood disorders such as depression and anxiety. He also provides support for patients undergoing cancer treatments. 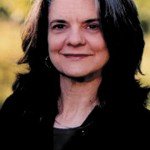 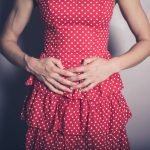 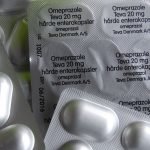