My wife and I have retreated to a small lakeside summer cabin in Maine to winter the pandemic. Doing so has made social distancing easy; there are no people with whom to socialize. The cabin was built 40 years back for summer weekends, not for winter use, so we have stockpiled firewood, topped off the propane tanks, and have taken to collecting birch bark, or “barch birk” – a spoonerism that has become part of our vocabulary.

Birch bark is an excellent bark for starting fires. It ignites easily and burns intensely – characteristics that are undiminished by rain, sleet, or snow. This ability to start a fire quickly and reliably during the winter seems desirable; we hoard bark like neurotics hoard their lorazepam.

Remarkably, birch bark doesn’t decay. Fallen birch trees rot away, leaving hollow tubes of bark. One can shake out the contents of an appropriately sized birch log, and employ the resulting cylinder as an approximation of a hat (Figure 1). Social distancing may eventually be associated with a deteriorated sense of appropriate attire.

Birch trees are instantly recognizable by the bark’s coloration. It is strikingly white. Most tree bark is dark colored, combinations of gray and brown. Nature hasn’t made many things quite as bright white as birch bark. By the same token, few things in nature are quite as black as the markings on birch bark.

Birch trees are the most northern dwelling of all deciduous trees, their range extending to northern Alaska and east to Nunavut. They are the first trees to return when forests have been clear-cut, and one can imagine them following closely behind retreating glaciers after the last Ice Age. It is their white reflective bark that makes birch trees so cold-tolerant. Most trees try to absorb the sun’s heat through their bark to lengthen their growing season. Birch trees have taken the opposite approach. In the far north, midwinter thaws threaten their survival because they can trigger the sap to flow too early. Subsequent cold spells would freeze the sap, injuring or killing the trees. Reflecting away the sun’s warmth and staying dormant through the winter thus provides a survival advantage.

This whiteness and reflective qualities of the bark are due to the chemical betulin, a powdery white substance that separates the thin bark layers. Betulin typically makes up a quarter of the bark’s dry weight, though in some species it constitutes almost a third of the weight.1 Betulin is both hydrophobic and quite flammable, so is responsible for the bark’s waterproofness and fire-starting trait.

These attributes of birch bark are of interest when considered in the light of the Doctrine of Signatures (which states that a plant’s appearance suggests its medicinal uses). Discussion of the doctrine quickly becomes parochial, dividing those who believe in some divine messaging within the appearance of plants from those who cannot comprehend how random evolution might result in some cosmic hint of how a plant can benefit humans.

Our colleague, Robin Dipasquale, wrote a beautifully descriptive article on the medicinal uses of birch bark for this publication 6 years ago.2 In it, she wrote,

Under the doctrine of signatures, the skin is structured like layers of bark, indicating the use of birch for skin conditions. Native Americans prepared a mushy paste by boiling and pounding the inner bark, so it could be spread on inflammatory skin conditions, ulcers, cuts, and wounds, where it would diminish swelling and prevent infection. The harvesting of the bark is best done when the sap is flowing and when the moon is close to full, for this is when the water is running and the tree is more willing to let go of its bark.

The most interesting recent research published on birch bark is in fact related to skin. John Pezzuto’s report that betulinic acid was capable of killing melanoma cells first caught my attention in 1995.3 His initial extract was, according to the New York Times, derived from birch bark in a wood pile that had been left to rot for several years:

A woodpile near Dr. Pezzuto’s laboratory provided about 50 pounds of bark that had dropped off logs. …. Dr. Pezzuto’s research team put melanoma cells under the skin of mice near the right leg. Once the cells formed tumors large enough to feel, each mouse got six doses of betulinic acid, one every three days, injected into the abdomen. In one group of five mice, the treatment shrank tumors by 70 percent in two animals and 40 percent in two others. In four of five mice with a different strain of melanoma, the tumors virtually disappeared.

Betulin, in the bark, is the precursor of betulinic acid, which is considered the far more biologically active form. The conversion can be accomplished industrially via simple oxidation-reduction protocols.5 In Pezzuto’s case, though, it sounds like some sort of natural microbial degradation did the trick.

In a paper published in 2003, Pezzuto detailed betulinic acid’s mechanism of action, including a troubling revelation,  that “[cancer] cells treated with betulinic acid generate ROS. Preincubation of cells with antioxidants blocks the process of programmed cell death, and prevents the phosphorylation of p38…”6

As a profession, we naturopathic doctors have favored using antioxidants to treat cancer, while most medical doctors have hesitated. Pezzuto’s findings should have given pause to those who’ve been certain that treating cancer patients with high-dose antioxidants is beneficial under all circumstances. If the anticancer effect of betulinic acid is nullified by antioxidants, we should wonder whether other natural substances might behave similarly.

We’ve seen a steady stream of research on betulinic acid published in the decades since Pezzuto’s paper. In-vitro work has shown that…

Betulinic acid (BA) … has been investigated … for a plethora of beneficial properties, including anti-cancer, anti-inflammatory, anti-angiogenic, immune-modulatory, and anti-HIV effects. In particular, BA has been reported to be effective in vitro against tumor cell lines of different origins, and also in vivo, in animal models of cancer. …. BA has also an anti-metastatic effect via the prevention of the epithelial-to-mesencymal transition in highly aggressive melanoma cells.

A search on PubMed yields recent studies on betulinic acid’s potential for treating cancers of the breast,8,9 ovaries,10 lungs,11 pancreas,12 colon13 (including cancer stem cells14 ), liver,15 and prostate.16 The list could be longer, but this should suffice to convey the idea that betulinic acid is being tested against a broad range of cancer types.

There are other aspects related to oncology that are worth noting. A 2009 study of betulinic acid in combination with standard chemotherapy drugs indicates that it may be useful in targeting drug-resistant tumors.17 The compound also enhances the anticancer effect of hyperthermia18 and potentiates radiation therapy.19,20

The problem with betulinic acid, similar to some other natural compounds, is absorption. It is hydrophobic. Recent studies are employing nanoparticles as a work-around to get it absorbed.21-24 While betulinic acid is exciting in test tubes, getting it to work in animals (and humans) has been challenging.25 This isn’t the first natural product to present absorption problems. It is surprising not to find supplement vendors offering products designed to enhance absorption.

Although betulinic acid might not absorb as well as we would like, topical transdermal application seems to work. A non-randomized pilot study, published in 2006, that used birch bark extract to treat actinic keratoses in humans is “encouraging.”26 Twenty-eight patients with actinic keratoses were treated with either betulinic acid in a topical birch bark extract (sold in Germany as a cosmetic) or with a combination of betulinic acid and standard cryotherapy. In 79% of the patients using only birch extract, more than 75% of their lesions had cleared after 2 months. The clearance was 93% in the patients receiving the combination treatment.26

Topical use of birch extracts does seem promising. Two 2020 reports from Lisa Weber in Hannover, Germany, describe positive results using topical betulinic acid for treating melanoma in skin samples from gray horses, a breed that has a strong genetic predisposition to skin cancer.27,28

Another topical use of birch bark extracts that has received recent attention is to aid wound healing.

A patented topical oleogel extract of birch bark was approved in 2016 by European regulators to accelerate wound healing.29 The oleogel was shown to hasten wound healing by more than a day in patients who received skin grafts (n=217).30.

Given that many skin cancer patients undergo surgery, we must contemplate whether using a topical birch ointment such as this European wound healing gel, or perhaps the German cosmetic formula, might not only help them heal faster, but also whether some modicum of anticancer effect might seep through the skin. Birch bark and its derivative, betulinic acid, have potential, yet seem underutilized in practice.

My imagination quickly runs wild with the idea of steeping birch bark in a hot tub and then soaking patients in it. Or perhaps covering them in a paste of pulverized birch bark and then drying it in a sauna.

Jacob Schor, ND, FABNO graduated from NCNM in 1991 and has practiced in Denver, CO, ever since. He has been active in state association politics, taking his turn as president of the Colorado Association of Naturopathic Doctors and Legislative Chair. Dr Schor has also held leadership positions in the Oncology Association of Naturopathic Physicians, served on the AANP Board of Directors, and chaired the AANP’s speaker selection committee. For the past decade he has been the Associate Editor of the Natural Medicine Journal, and is a regular contributor to the Townsend Letter. 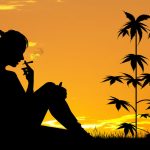 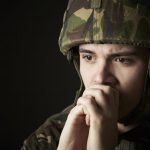