A recent research article supports what naturopathic medicine has known for generations, that antibiotics kill helpful bacteria and cause more problems than they solve. The research study has found that the body’s own commensal bacterial flora (microbiome) is effective in maintaining immune cells and killing off certain oral infections.1

The researchers actually consent to the finding that antibiotics actually kill “good” bacteria which are helping to keep an infection and inflammation at bay. This research is coming out of an acknowledgment that the overuse of antibiotics has become a concern, and may be causing more harm than good. This is especially the case in regards to antibiotic resistance, which is continuing to grow as a danger in hospital settings and other healthcare venues.

But the research into oral health specifically is relatively new, though links between oral infections and heart disease and systemic infections has been established. Pushpa Pandiyan, an assistant professor of biological sciences in the School of Dental Medicine, led the research team to look at commensal bacteria, their fatty acids and their effect on immune cells that work to protect against certain infections of the mouth.

Specifically, the team examined the “short-term maintenance” of Tregs and Th-17 cells – two types of immune cells – in resisting Candida infections. The findings were that these innate defense mechanisms of the body were indeed very effective at limiting infection and controlling inflammation, and that antibiotics disrupted this ability.

“We set out to find out what happens when you don’t have bacteria to fight a fungal infection,” Pandiyan said. “What we found was that antibiotics can kill short-chain fatty acids produced by body’s own good bacteria.”

“We have good bacteria doing good work every day, why kill them?” Pandiyan added. “As is the case with many infections, if you leave them alone, they will leave on their own.”

“Of course, antibiotics are still needed for life threatening infections. No question about that. Our bodies have many natural defenses that we shouldn’t meddle with,” she said. However, needless overuse of antibiotics is not helpful, she said.

“Also, we know there is a definite link between oral health and overall health,” she added.

Study could have broader implications on protective effects of “resident microbiota”

Pandiyan said the study could have broader implications on protective effects of “resident microbiota” in other types of infections. 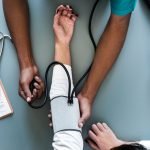 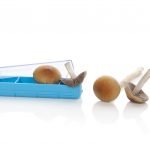 Reclassification Recommendations for Psilocybin From Schedule I to Schedule IVNaturopathic News