Oxytocin with a Dopamine Boost

In an interesting study recently published, dopamine was added to oxytocin as a neurotransmitter specifically involved in human to human social bonding.1 Oxytocin has long been regarded as the hormone responsible for social bonding, and maternal-child bonding, but dopamine, which has long been known to be a primary driver of reward reinforcement of behavior, is now being shown to act similarly.

This may be important in forming connections between known dysregulators of dopamine in the brain – alcohol/drugs, sugar, insomnia, and stress – and the ability to socially bond.

Dopamine responses were shown to be significantly increased during maternal-infant interaction within the nucleus accumbens (NAcc), the amygdala, and the medial prefrontal cortex (mPFC), which form an intrinsic network (referred to as the “medial amygdala network”) that supports social functioning.1 This activity was also linked to social synchronicity, which is important in creating strong social bonds and is lost in depressed individuals and children with autistic spectrum disorders.2 In this study, synchronous mothers had stronger dopamine responses to their own infants in the medial amygdala network.

There is relatively little research on how oxytocin is affected by stimulants, addiction, trauma, stress, and other external factors, however the research on dopamine in this regard is plentiful. This recent connection between dopamine and socialization may be a gateway to admitting a connection between dopamine antagonists and certain sociological factors. It also further supports using socialization methods for improving outcomes from disorders known to be caused by decreased dopamine response – addictions, depression.

“We found that social affiliation is a potent stimulator of dopamine,” says Lisa Feldman Barrett, the study’s lead author. “This link implies that strong social relationships have the potential to improve your outcome if you have a disease, such as depression, where dopamine is compromised. We already know that people deal with illness better when they have a strong social network. What our study suggests is that caring for others, not just receiving caring, may have the ability to increase your dopamine levels.” 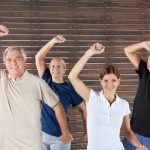 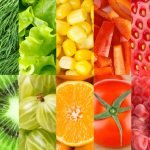 Science is Telling Us to EAT MORE VEGETABLES!Naturopathic News