For many years, clinicians have been hesitant to diagnose adolescents with Borderline Personality Disorder (BPD), believing it was a mental health “death sentence” for a patient because there was no clear treatment. Carla Sharp, professor of psychology and director of the Developmental Psychopathology Lab at the University of Houston, begs to differ.

And her new research, published in Journal of Abnormal Child Psychology backs her up.

“Like adult BPD, adolescent BPD appears to be not as intractable and treatment resistant as previously thought,” reports Sharp. “That means we should not shy away from identifying BPD in adolescents and we shouldn’t shy away from treating it.”

Borderline Personality Disorder is marked by patterns of varying moods, self-image and behavior, and it results in impulsive actions, problems in relationships and a tendency to think in purely black and white. People with BPD may experience intense episodes of anger, depression and anxiety that can last from a few hours to days.

“We ignore Borderline Personality Disorder at our peril, because compared with other mental disorders, BPD is among the leading causes of suicidal behaviors and self-harm in young people,” she said. Up to 10% of BPD patients will die by suicide.

Sharp’s research is the first study to show that adolescent borderline pathology follows a similar downward course after discharge from inpatient treatment previously demonstrated for adults. Her conclusions come after examining data collected from 500 adolescent inpatients and following them every six months over an 18-month follow-up period to measure their symptoms of BPD.

The results showed a significant downward trend of BPD features across all time points and across both parent-and adolescent self-reporting which mirrors the reduction in BPD symptomology reported for adults with BPD. Interestingly, the teens Sharp studied were not undergoing specialized treatment for BPD and yet they still improved.

“It sends a message to clinicians: ‘Don’t put your head in the sand!’ If the pathology is there, diagnose it and treat it with your best evidence-based treatment,” said Sharp emphatically. The standard therapies for BPD in adults and adolescents currently are dialectical behavior therapy and mentalization-based therapy. But even if clinicians are not trained in those specialized treatments, it would be ethically appropriate to make use of best available scientific evidence to inform practice, consistent with practice-based evidence recommendations from the American Psychological Association, she said.

“Our work contributes to the growing consensus that the discrimination and stigmatization of BPD are not justified. Instead, a clinical course very similar to adult BPD is described which highlights the potential therapeutic rewards of diagnosing and treating adolescent patients with BPD,” said Sharp. 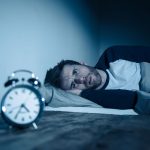 Lack of Sleep Can Look a Lot Like ConcussionNaturopathic News 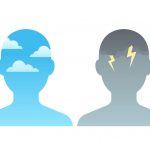