Special immune cells found in the brain, microglia, play a key role in the processes that make you feel uneasy and depressed in correlation with inflammation. This is the conclusion of a study using mice carried out by researchers at Linköping University, Sweden. The results have been published in the scientific journal Immunity, and suggest that microglial cells contribute to the negative mood experienced during several neurological diseases, and maybe also depression.

David Engblom’s research group at Linköping University has spent many years looking at why inflammation in the body, such as a common cold or influenza, causes us to feel poorly and despondent, and why we feel like retiring into our shell. The activity of the immune system influences nerve cells in some way. However, normal cells of the immune system are not able to get into the brain: it is sensitive and must be protected. Instead, the brain has its own special immune cells: microglial cells.

Previous research has shown that microglial cells are activated in several neurological diseases, such as Alzheimer’s disease, Parkinson’s disease and stroke. People who are affected by these conditions also often fall into a negative mood. Other previous research has suggested that inflammatory processes also play a role in the development of depression. This led the researchers behind the new study to examine more closely whether microglial cells are involved in regulating mood during inflammation.

“The study showed that animals feel sick and uneasy when we activate the microglial cells. We demonstrate that two signal molecules, interleukin-6 and prostaglandin E2, are particularly important in these processes. It’s not surprising that these signal substances are central, but we were a bit surprised that it is the microglial cells that release these molecules,” says David Engblom, professor in the Department of Biomedical and Clinical Sciences (BKV) at Linköping University.

During inflammation, many processes are initiated in several cell types. One of the challenges in determining the role played by a specific cell type in the body, therefore, is to isolate its effects. In this study, the scientists used a technique known as chemogenetics, which enabled them to switch on the activity specifically in microglial cells in mice. The researchers activated the microglial cells when the mice were being kept in a certain type of surroundings. The mice subsequently avoided this type of surroundings, which the researchers interpret as showing that the animals disliked the experience. The mice also became less interested in a sweet solution, which they normally find very tempting.

“Our results show that the activation of microglial cells is sufficient to create aversion and negative mood in mice. It’s natural to suggest that similar processes take place in several human diseases. It’s not unlikely that activated microglia contribute to the discomfort and depressed mood in people with inflammatory and neurological diseases,” says David Engblom.

If further research demonstrates that the biological mechanism described in the study functions in the same way in humans, it may be possible in the long run to reduce symptoms of depression by inhibiting this mechanism. 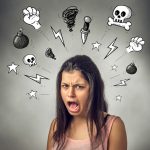 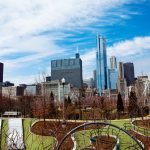