A new modeling study conducted in a simulated Singapore setting has estimated that a combined approach of physical distancing interventions, comprising quarantine (for infected individuals and their families), school closure, and workplace distancing, is most effective at reducing the number of SARS-CoV-2 cases compared with other intervention scenarios included in the study.

The study, published in The Lancet Infectious Diseases journal, is the first of its kind to investigate using these options for early intervention in Singapore using simulation. Despite heightened surveillance and isolation of individuals suspected to have COVID-19 and confirmed cases, the risk is ongoing, with the number of cases continuing to increase in Singapore. Schools have not been closed, and workplace distancing is recommended, but it is not national policy [correct as of 23.03.2020].

“Should local containment measures, such as preventing disease spread through contact tracing efforts and, more recently, not permitting short-term visitors, be unsuccessful, the results of this study provide policy makers in Singapore and other countries with evidence to begin the implementation of enhanced outbreak control measures that could mitigate or reduce local transmission rates if deployed effectively and in a timely manner.”

To assess the potential impact of interventions on outbreak size, should local containment fail, authors developed an individual-based influenza epidemic simulation model, which accounted for demography, individual movement, and social contact rates in workplaces, schools, and homes, to estimate the likelihood of human-to-human transmission of SARS-CoV-2. Model parameters included how infectious an individual is over time, the proportion of the population assumed to be asymptomatic (7.5%), the cumulative distribution function for the mean incubation period (with the virus that causes SARS and the virus that causes COVID-19 having the same mean incubation period of 5.3 days), and the duration of hospital stay after symptom onset (3.5 days).

Using this model, authors estimated the cumulative number of SARS-CoV-2 infections at 80 days, after detection of 100 cases of community transmission. Three values for the basic reproduction number (R0) were chosen for the infectiousness parameter, including relatively low (R0=1.5), moderate and likely (R0=2.0), and high transmissibility (R0=2.5). The basic reproduction numbers were selected based on analyses of data from people with COVID-19 in Wuhan, China.

Potential impact if proportion of asymptomatic cases in population was greater than 7.5%

“If the preventive effect of these interventions reduces considerably due to higher asymptomatic proportions, more pressure will be placed on the quarantining and treatment of infected individuals, which could become unfeasible when the number of infected individuals exceeds the capacity of health-care facilities. At higher asymptomatic rates, public education and case management become increasingly important, with a need to develop vaccines and existing drug therapies.”

The authors note several limitations in their study, including dated census population data, impact of migrant movement, the impact of seeding of imported cases (transmissions originating from outside of Singapore) the dynamics of contact patterns between individuals, and other unforeseen factors. Of note, epidemiological characteristics of COVID-19 remain uncertain in terms of the transmission and infectivity profile of the virus; therefore, estimates of the time between symptom onset and admission to hospital, how infectious an individual is over time, and the asymptomatic rate were based on SARS-CoV.

“Although the scientific basis for these interventions might be robust, ethical considerations are multifaceted. Importantly, political leaders must enact quarantine and social-distancing policies that do not bias against any population group. The legacies of social and economic injustices perpetrated in the name of public health have lasting repercussions. Interventions might pose risks of reduced income and even job loss, disproportionately affecting the most disadvantaged populations: policies to lessen such risks are urgently needed. Special attention should be given to protections for vulnerable populations, such as homeless, incarcerated, older, or disabled individuals, and undocumented migrants. Similarly, exceptions might be necessary for certain groups, including people who are reliant on ongoing medical treatment.” 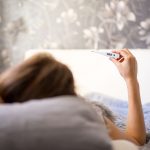 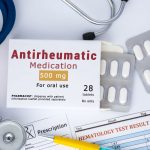