A family of old antimalarial drugs — including one that some patients rely on to treat their lupus or rheumatoid arthritis — is becoming harder to get in the United States, pharmacists say, partly because of remarks President Donald Trump has made, highlighting the drugs as a potential treatment for COVID-19.

Old antimalarial drugs — including one that some patients rely on to treat their lupus or rheumatoid arthritis — is becoming harder to get in the U.S.

“I feel good about it. That’s all it is, just a feeling,” Trump said during a White House briefing Thursday about hydroxychloroquine. “You’re going to see soon enough.” He again trumpeted his interest in the approach at a press conference Monday.

But health officials have been quick to warn that enthusiasm for such a treatment is premature. Big clinical studies of the drug against COVID-19 are only just beginning, the head of the Food and Drug Administration has said; another study was set to begin in New York on Tuesday. And there are some good reasons to think cell studies that look promising in the lab won’t pan out in real patients, other infectious-disease experts say.

Nonetheless, with all the buzz, American pharmacists are concerned about the hoarding of hydroxychloroquine by people who don’t have an immediate need.

Dentists and doctors writing prescriptions for themselves

“Our members are definitely seeing more demand for this medication and possibly some people trying to hoard the medication,” said Todd Brown, executive director of the Massachusetts Independent Pharmacists Association.

According to Brown, it appears the hoarders include doctors and dentists who are writing prescriptions for themselves or family members.

“Pharmacists are seeing an increase in requests and prescriptions for them in instances where it’s not clear why the patient needs it at this time,” he said.

Brown suggests that pharmacists restrict prescription quantities and fill prescriptions only for patients with an active need for hydroxychloroquine.

In a statement, CVS Health said the company is “monitoring the global pharmaceutical manufacturing environment and working with our suppliers to ensure we can continue filling prescriptions for our pharmacy patients and plan members.”

CVS said it has an adequate supply of hydroxychloroquine and is taking steps to make sure the supply remains stable. Some data show hospitals stocking up on the drug as well.

The National Association of Boards of Pharmacy said six states, so far, have taken steps to limit inappropriate prescriptions for hydroxychloroquine and preserve supplies for patients who take the medicine as approved. Those states are Idaho, Louisiana, Nevada, North Carolina, Ohio and Texas.

“Based on reports we see from the states, pharmacists have a fairly good idea that what they’re seeing is prescribers prescribing for themselves and their families and stockpiling these medications rather than prescribing for patients,” said Carmen Catizone, executive director of the NABP.

If doctors are hoarding, some colleagues say, that’s unethical. Dr. Michael Barnett, a primary care physician and an assistant professor at the Harvard T.H. Chan School of Public Health, said that even if clinical studies now in progress show the drug to be effective against COVID-19, it must be saved for those most in need.

“There are front-line physicians where, if this medication is actually effective or can be used to prevent coronavirus, they certainly could merit treatment with that,” Barnett said. And, he noted, “we are very far from knowing whether it’s effective in that manner. ”

Still, Barnett said he can see why a doctor or nurse might say, “Hey, I can’t get the masks or goggles or gowns I need to protect myself. Why not try this medication?”

Though sympathetic, Barnett pointed out that this powerful medicine has serious side effects, so it should not be taken unless there’s a known benefit.

“Having sort of a free-for-all in terms of prescribing for oneself and just deciding that ‘I’m going to grab some while I can’ is the kind of mentality that can really undermine our efforts to actually have a concerted public health campaign against this disease,” he said.

More immediately, patients with lupus and rheumatoid arthritis take hydroxychloroquine daily to reduce swelling and rashes. Dr. Jeff Sparks said his patients at Brigham and Women’s Hospital were already fretting about having enough medicine on hand if stores close or it’s hard for them to go out. And then the president began calling the drug a game changer.

“The entire last week seemed to be filled with a lot of anxiety about what to do about medications and, in particular, patients asking for refills for hydroxychloroquine,” Sparks said.

Some patients already being told they can’t get the medication

Some patients are already being told they can’t get the medication or can get only a limited supply. The Lupus Foundation has asked congressional leaders to ensure supplies for lupus patients.

Sparks said hydroxychloroquine is what keeps many of his patients stable.

“So even if patients are doing well, stopping the medication could cause them to flare, which means that they then need to go on other immunosuppressants … or even get admitted and potentially get exposed [to the coronavirus] in the clinical setting,” Sparks said.

Hydroxychloroquine is a medical resource

He added that hydroxychloroquine, like ventilators and masks, is a medical resource the country needs to learn to manage more carefully.

This story is part of a partnership that includes WBUR, NPR and Kaiser Health News. 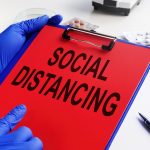 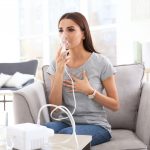