New Role for Cerebellum with Cognition

It’s not every day that foundational physiological understandings of an organ system are reconsidered, overturned, or even added to in a significant way. Yet, when it does happen, it questions how we could have ever assumed that there wasn’t “more going on.” This week there have been 2 extraordinary discoveries using a 2-photon fluorescent imaging technique, 1 that utilizes fluorescent proteins to trace the movements of various cell types and processes. Activities, which have not been able to be mapped previously, are now becoming elucidated. In another article, we reported on the recent discovery of the hematopoietic ability of the lungs. But in addition, this week Stanford University Medical School researchers have discovered a new role, which the cerebellum plays in cognition.2

The cerebellum has largely been considered a brain structure primarily responsible for more subconscious and “background” neural functions, such as patterned movement, and balance. This has been largely the belief because when the cerebellum becomes injured; these are the types of deficits that occur – loss of gait control and motor function. But this is currently under question.

Shining a Light on the Cerebellum

Granule cells consolidated in the cerebellum make up 80% of the neurons in the brain, but only 10 percent of its total volume. Because of their size, they have been extremely difficult to study. Recently, with the help of 2-photon calcium imaging utilizing fluorescent microscopy, a mouse model was able to show that granule cells become active during various types of reward response contexts, and also during reward anticipation.

Mice were put into a situation where they were rewarded with sugar water after pushing a button. It was expected the granule cells would light up with the movement of their forearms, but the study revealed that granule cells also lit up in response to the anticipation, as well as the reward given. These were also different clusters of granule cells, indicating deeper cognitive operations occurring in the cerebellum in response to reward. After several days of learning, granule cell activity became more predictive, and entrenched. This discovery adds contextual richness to overall cognitive processing in regards to cerebellar/cerebral connections. 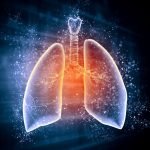 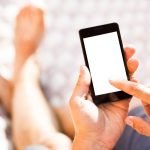 Test Male Fertility at Home with Your SmartphoneNaturopathic News