Study looked at how green space is associated with mental health

This analysis included nearly 47,000 city-dwelling adults in Australia and examined how living near different kinds of green space (including tree canopy, grass and low-lying vegetation) may be associated with risk of psychological distress, self-reported physician-diagnosed depression or anxiety, and fair to poor self-reported general health.

The three outcomes were examined at baseline and follow-up about six years later. The authors report exposure to more tree canopy was associated with a lower likelihood of psychological distress and better self-rated general health. No green space indicator was associated with depression or anxiety.

Exposure to low-lying vegetation wasn’t consistently associated with any outcome. Exposure to more grass was associated with a higher likelihood of reporting fair to poor general health and prevalent psychological distress. Limitations of the study include self-reported health outcomes and green space availability that may have decreased in some areas over time, which may mean the results underestimate the associations. 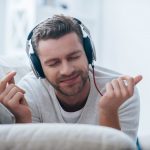 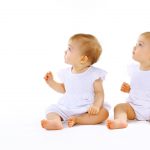