Non-medical Use of Anti-Anxiety Medication

There is concern about the misuse of the sedative anti-anxiety medication alprazolam (Xanax®) because of the “high” it can create. A new British Journal of Clinical Pharmacology study found that non-medical use of alprazolam in the United Kingdom is a significant issue, and it appears to be more prevalent in younger adults.

Unsurprisingly, most individuals taking alprazolam for non-medical reasons doing so without a prescription

The authors noted that most individuals taking alprazolam for non-medical reasons are doing so without a prescription and therefore are unlikely to obtain medical advice before use.

“Further research is urgently needed to further explore the motivations for and appeal of alprazolam for non-medical use among young adults,” they wrote. “This will enable appropriate public health interventions to prevent short-term toxicity and long-term dependence among young adults who are regularly using alprazolam.” 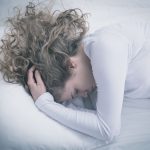 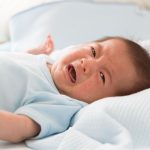 Antacids in Childhood Could Increase Risk for Bone FracturesNaturopathic News