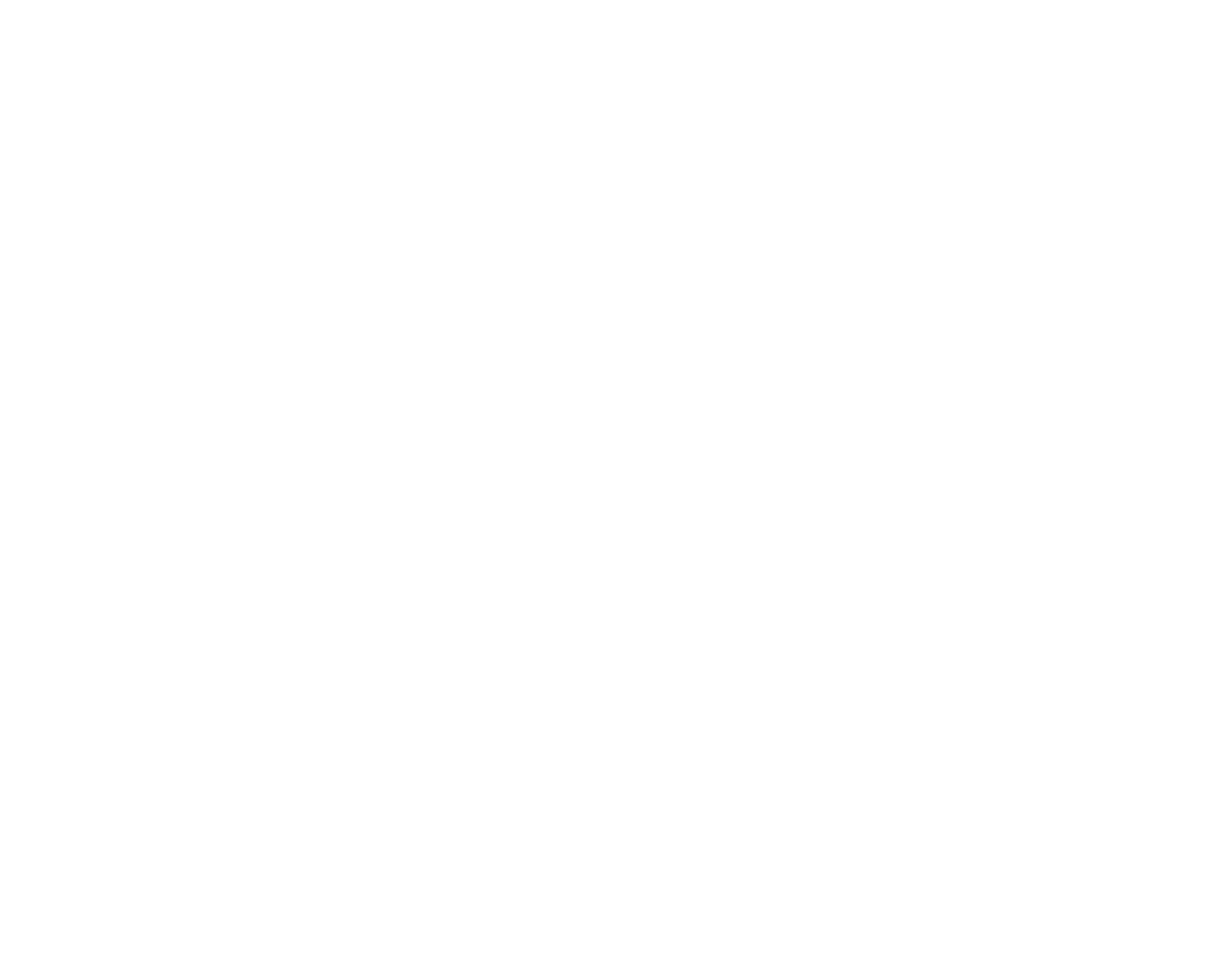 Within the context of our fast-paced society and the high levels of chronic stress it confers, fatigue, malaise, anxiety, depression, and poor sleep are commonplace. These proverbial birds of a feather flock together, making it difficult for us as clinicians to isolate – let alone treat – just one.

Thankfully, our system of medicine neither expects us to fixate upon a single variable nor accommodate our sometimes-myopic attempts to treat patients through a single active constituent, pathway, or mechanism of action. On the contrary, many of the natural therapies targeted at energy production and nervous system support confer a wide range of biological activity.

Vitamin D receptors have been identified in at least 36 different tissues of the human body, including numerous regions of the brain.1,2 Many mechanisms for vitamin D’s influence on mood have been proposed, including its role in the synthesis of the neurotransmitters serotonin (thus affecting mood, memory, and learning) and dopamine (thus supporting motivation, thinking, and concentration).3-6 The vitamin-hormone has also been shown to affect circadian rhythms,7 thereby influencing melatonin and cortisol levels,8-10 as well as the thyroid and adrenal glands.11

It is perhaps unsurprising that supplementing with vitamin D3 (the active form of the nutrient) has been shown to help specifically with depression and, more generally, with psychiatric health.12,13

An appropriate balance of neuronal excitation and inhibition is necessary for sleep, mood, memory, and cognition. The see-saw relationship of the excitatory neurotransmitter glutamate and the calming amino acid gamma-aminobutyric acid (GABA) thus plays an important role in brain health.14 Lower GABA concentrations have been associated with poor sleep quality,15 depression, and anxiety,16-18 whereas GABA supplementation has been shown to induce relaxation, mitigate anxiety,19 and reduce the fear response.20

Pharmaceutical insomnia medications (like zolpidem and eszopiclone) and prescription anxiolytics induce sedation by means of GABA agonism.21-24 Yet GABA has also been shown to increase the alpha brain-wave patterns associated with relaxation states, such as those seen in mindfulness meditation.25,26

Derived from green tea, L-theanine has also demonstrated efficacy in balancing excessively excitatory states, supporting relaxation, increasing alpha-wave activity,27 and blocking the activation of glutamate receptors.27,28 The amino acid has also been shown to significantly increase the levels of serotonin, dopamine, and GABA in the brain.29,30

In clinical trials, L-theanine has demonstrated calming effects in situations of acute stress, reducing the anxiety-related parameters of heart rate and blood pressure31,32 and improving the immune response.33 Animal and cellular studies show L-theanine supports the nervous system by protecting against catecholamine toxicity and enhancing glutathione production and recycling34,35 – 2 mechanisms that may contribute to the improved cognitive function seen with L-theanine supplementation in elderly persons.36 L-theanine has also been shown to objectively reduce salivary α-amylase levels (a marker of sympathetic nervous system activity) during academic challenge.37

When it comes to mood support, adaptogenic herbs work largely vis-à-vis the hypothalamic-pituitary-adrenal (HPA) axis.38 Although we tend to think of this pathway as primarily mitigating adrenal production of cortisol, the adaptogens also affect cytokine signaling, catecholamine production, and the oxidative stress response – factors that also have significant effects on mood.39

The impact of Rhodiola rosea (rhodiola) on depression likely comes from its effects on neurotransmitters – serotonin, in particular.40-43 Caution should therefore be used in those taking medications that affect serotonin and its receptor activity.43

Numerous clinical trials have demonstrated rhodiola’s positive impact on mental health,44 and its effects in combating both stress-related fatigue and chronic fatigue are well known.45,46 A dose of 200 mg of rhodiola taken twice daily was shown to significantly reduce self-reported anxiety, stress, anger, confusion, and depression compared to placebo after 2 weeks’ supplementation in mildly anxious individuals.47 Similar findings were observed in a pilot study of those with generalized anxiety disorder, where 340 mg of rhodiola taken daily for 10 weeks yielded significant decreases in mean Hamilton Anxiety Rating Scale scores.48

Rhodiola has also shown promise in the context of mild-to-moderate depression, outperforming placebo and offering a considerably gentler side-effect profile compared to the SSRI sertraline – which was, admittedly, slightly more effective than rhodiola in the trial.49

Widely used and well tolerated per a survey of 24 independent clinical studies including over 1000 participants,50 the Ayurvedic herb Ocimum sanctum (holy basil) serves as a perfect example of how ancient remedies can help with modern ailments.

Also known as tulsi, the herb largely supports energy and mood through balancing the feedback systems of the HPA axis.51 Holy basil has also been shown to normalize the levels of neurotransmitters and their degrading enzymes,52 as well as to prevent corticosterone elevations in situations of stress.53

In animal models, holy basil has been shown to ease the symptoms of both depression and anxiety54,55 with effects comparable to pharmaceutical antidepressants.56 In humans studies, holy basil reduced symptoms associated with generalized anxiety disorder.57 In a 6-week randomized, double-blind, placebo-controlled (RDBPC) study, holy basil not only significantly improved general stress scores, but also helped with sexual problems, sleep trouble, forgetfulness, and energy.58 It is likely for these reasons that holy basil is sometimes called “liquid yoga.”59

A discussion of adaptogenic herbs would perhaps be incomplete without mention of Withania somnifera (ashwagandha), which has been shown to support both brain and body in times of stress. In a RDBPC trial of adults experiencing chronic stress, supplementation with ashwagandha significantly reduced perceived stress levels, decreased food cravings, and improved subjective happiness scores, while also reducing objective markers like cortisol levels and weight.60

Ashwagandha has been shown in animal models to not only buffer the negative effects of sleep deprivation on cognitive function,61 but also to mitigate the associated inflammation, anxiety, and cellular injury and death.62 As energizing as the plant can be, however, the Latin name somnifera reflects ashwagandha’s ability to enhance sleep quality,63 largely due to its effects on the neurotransmitter GABA.64

In a recent study, participants were asked to keep a gratitude journal and to once a week express their appreciation of another person to that person directly through a face-to-face conversation, note of thanks, e-mail, or social media post. These participants reported more balanced mood and fewer depressive symptoms than those who kept a gratitude log alone. These findings suggest that creating connection from a place of gratitude may combat depression more effectively than simply reflecting upon it silently.68

The systems of the body do no operate in a vacuum independent of the other functions happening within the organism. Like the body, naturopathic approaches to healing also defy linear efforts to isolate, reduce, or deconstruct healing, instead nourishing physiology through a myriad of pathways and a variety of constituents. Beyond the healthcare industry’s myopic preoccupation with serotonin receptor activity – or its focus on any single neurochemical pathway or endocrine “axis,” for that matter – is an approach to healing that is as multi-faceted, elegant, complex, and spirited as our patients. 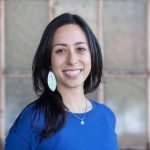 Erica Zelfand, ND, is a family physician, medical writer, and teacher. She is deeply committed to a patient-centered, root-cause-oriented, nature-honoring approach to healing, with special interests in endocrinology and the mind/body connection. After graduating from the National University of Natural Medicine (NUNM) with high honors, she completed a family practice residency at her alma mater, followed by an additional 4 years of post-doctoral training in pediatrics. She is also adjunct faculty at NUNM, an engaging public speaker, and a mentor to numerous medical students. To learn more, visit www.EricaZelfand.com. 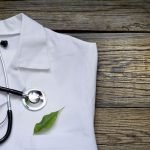 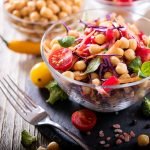