Rapid Test to Detect Iron and Vitamin A Deficiencies

Detect for Iron and Vitamin A Deficiencies at Point of Care

A group of researchers and engineers from Cornell University recently developed a rapid test to detect iron and Vitamin A deficiencies at the point of care.1 This is less of a concern in the industrialized world, however, for those doing humanitarian relief, emergency first response in developing countries, missionary work, and other overseas care, this test may be very beneficial to know about. Vitamin A and iron deficiency affect roughly a third of the world’s population. Children and pregnant women are especially susceptible these deficiencies. Testing and supplying adequate vitamin A and iron to high-risk areas could significantly reduce mortality.

Iron deficiency, a common type of anemia, when severe, can lead to pregnancy complications, growth problems and heart dysfunction. It is more common to become severe in low-income areas of the world, where food shortages and/or lack of nutrient dense food has become widespread. Most iron in the diet comes from meat products, though beans, peas, dark leafy vegetables, and dried fruits all contain iron. However, vitamin C is also important for the enhanced absorption of iron. Some common symptoms of iron deficiency include, extreme fatigue, weakness, pale mucous membranes (palor), shortness of breath, chest pain, headaches and lightheadedness, cold extremities, brittle nails, and inflammation of the tongue. It is relatively common for individuals who are extremely iron deficient (but also deficient in other nutrients) to crave non-food items such as dirt, chalk, clay or metal – referred to as “Pica.”

The diagnostic system that the research team has developed to help with these endemic deficiencies is about the size of a lunchbox, and uses small sample test strips – similar to the glucose test strips diabetics use.

The test strip contains 3 types of antibodies, which bind to certain biomarkers in the serum. The 3 biomarkers that the system tests for for indicating iron and vitamin A deficiency are: retinol binding protein (needed for the proper functioning of the eye), C-reactive protein (acute phase reactant), and ferritin (to test for anemia). The test takes 15 minutes to complete. The test could significantly change the ability for global assessment of this micronutrient problem and help focus aid on an individual level. 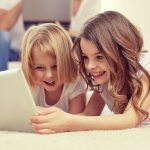 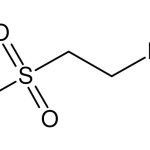